The sound of numerous volleyballs making contact with the wooden floor echoed loudly across the War Memorial Gymnasium.

The UBC men’s volleyball team needed a win this weekend to raise their chances of clinching a playoff spot.

Our Campus: Party Well is a glass-half-full kind of charity

Party Well is a rapidly growing student-run club and charity sponsored by the Commerce Undergraduate Society.

Wins and losses mattered just as much as points this weekend in volleyball, as most teams in the Canada west were tied for at least one of the remaining playoff spots.

For a team that has dominated the league over the past eight years, this result left the ‘Birds with a bitter taste in their mouths.

The net is shorter, the court is smaller, and this game is much harder than expected.

UBC hosts grand prix as part of BC Superweek

On of July 14 the University of British Columbia was host to its very own competitive cycling race as part of BC Superweek.

Thunderbirds soar at Pan Am Games

The Thunderbirds earned themselves six gold, 19 silver and 13 bronze medals for a total of 38 medals between 32 athletes. 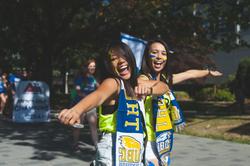 What not to buy for back to school

The school year is drawing nearer. And with its approach comes our desire to buy things we do not need.

On August 22 UBC eSport's League of Legends team defeated CTU 2-0 in Gangnam, Korea, in the finals of the the 2015 AICC tournament. 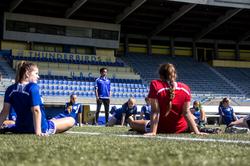 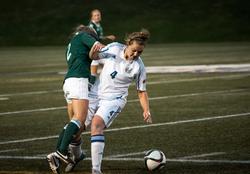 This weekend was a good homecoming for the UBC Thunderbirds women’s soccer, as they took both their games and pushed themselves to a season record of 4-1-0. 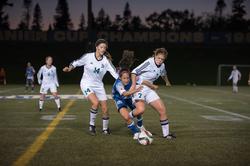 This past weekend, the UBC Thunderbird’s team defeated both the University of Regina Cougars and the University of Saskatchewan Huskies on David Sidoo field. They left the Cougars out in the cold with a 3-0 shutout, and then battled to get a 4-0 win over the huskies 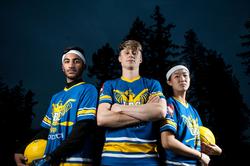 Last year, the UBC Quidditch team finally achieved a goal that it had been gunning for since its inception in 2010. They made it to the Quidditch World Cup in South Carolina. With a third position in the Northwest division, and ranked number 1 in their region, the team snagged a spot amongst 80 teams — beating a sizeable amount of American teams for it— and went on to represent UBC, and the rest of Canada, for the first time at the World Cup. 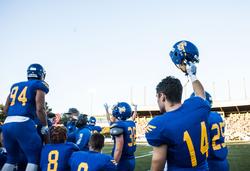 While you’ve been busy procrastinating midterms with Netflix, tubs of ice cream and Oreos, the UBC Thunderbird varsity athletes have been busy training, competing and winning — mostly.