99 things to do at UBC – Painting the two Cairns 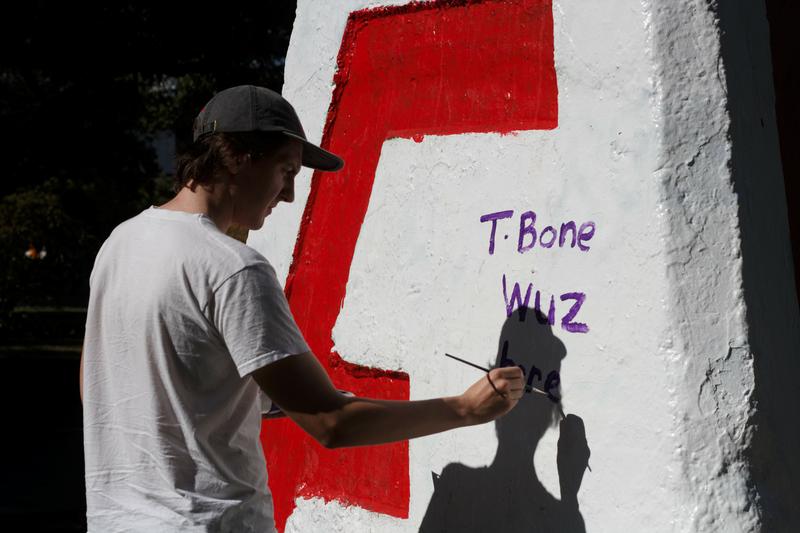 Everyone’s seen it. The monument to human ingenuity, accomplishment and social awkwardness. Its traditional colours, red and white, adorned proudly in the engineering wing of campus. The Cairn is a beautiful marriage of concrete and other bits of concrete to create a wonderfully bland piece of artwork fit for an engineer.

The painting of the Cairn is a UBC tradition. Whether it be decorated with the Greek flag or decorated by people from the Greek village, the Cairn is almost always perpetually gilded in colour. It was going to be my turn to partake in this long tradition of vandalism.

With painter’s pallet in hand, I walked over to the Cairn in the light of the day. With the precision of Picasso, I began my work. The brush took over. I carefully wrote my Banksy inspired tag “T-Bone wuz here!” When I had finished, a rush of adrenaline coursed through my veins.

I am now a street artist on par with Haring or Basquiat on the run from Johnny Law.

This was going to be much harder. AMS President Alan Ehrenholz ran officially as “The Cairn” in last year’s election, and unfortunately, vandalizing him is not a long-standing tradition. My first strategy was to tweet the AMS, which got a painfully low amount of attention even from my huge number of close friends that love and respect what I have to say.

So I opted for a more direct approach. 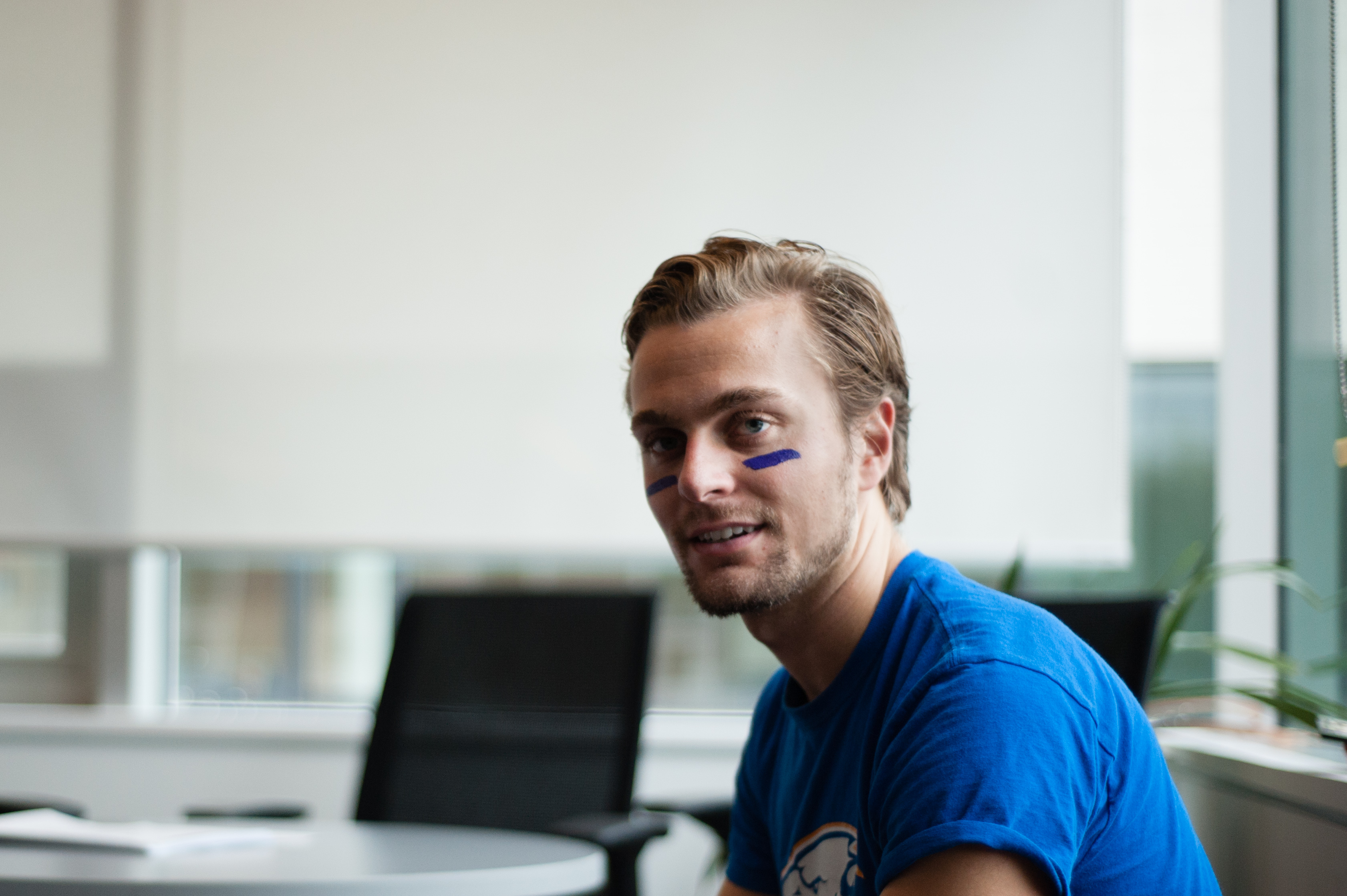 I walked into the AMS office and knocked on his door. I stuttered through my pitch that involves painting the face of an adult man and Alan was surprisingly game. We decided on sports inspired lines beneath the eyes. My hand trembled as I streaked his cheeks with perfectly safe and non-toxic acrylic paint that was likely safe for skin. After I was done, I thanked him and awkwardly shook his hand.