99 things to do at UBC: Ceremoniously burning last semester's notes is the most cathartic feeling in the world 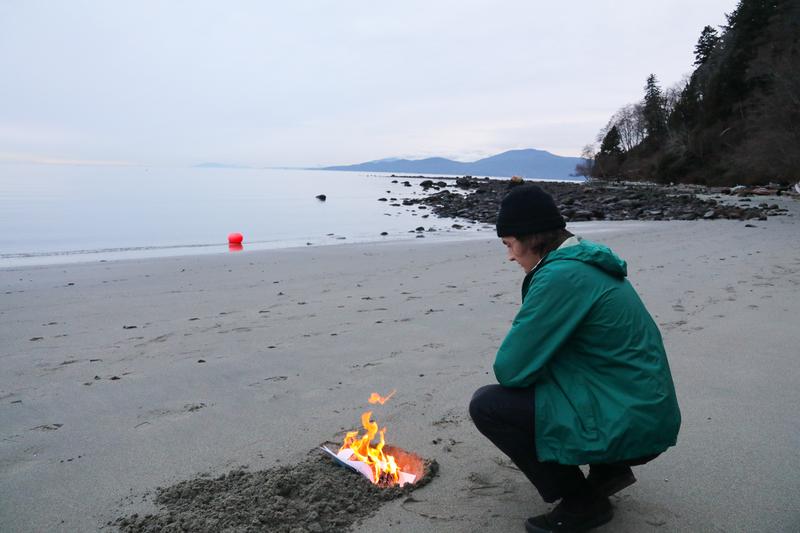 #11 Burn all your notes at Wreck Beach

An old semester over. A new year begins. As the stress of last term dissolves in the acid of the new one, a certain catharsis is needed.

The high piles of notes that cluttered my basement suite needed to leave. They served as a reminder of not only my struggles with Pride and Prejudice, but also the fact that they might have become essential to my home’s structural integrity.

Gathering them together, I sighed with relief as my home didn’t collapse on top of me. In my hands was the culmination of 4 months of anxiety, stress and wanting to give all up and drink moonshine under an overpass.

I made my way to Wreck Beach with a lighter in my pocket and fire in my eyes. I marched down the stairs of Wreck Beach with my fanatical mission. No one would be naked this time of year right?

Near the water, I carefully set my notes in a hole I dug in the sand. I looked down at a semester’s work laying like a used tissue in the dirt. I ceremoniously flicked my lighter and stared into the flame. I wonder if anything like this happened in Pride and Prejudice? I wouldn’t know, I didn’t finish it.

I touched the flame to the corner of the book and it quickly took. I stared as the slow orange flames enveloped the book and began to sing my favourite emotional song, “Video Games” by Lana Del Ray, as it burned.

But, before I even got to the chorus they flames stopped, put out by the wind. I tried the other corner and picked up the song where I left off. It went out again, but this time I hardly gotten through the first verse. I got frustrated and lit the book in as many different spots as possible. Soon the flames took over and no wind was able to put it out. As it burned, tears of happiness ran down my face.

I looked at the charred remains of the book long after the flames went out. After what seemed like hours, an unabashedly naked man yelled from across the beach that he’d been watching me for a while and was wondering if I was okay.

I told him never better.

The serenity of the moment slowly wore off as panicked realization crept into my mind. I was in other English classes this semester — notably one on the 19th century novel.

If you need me I’ll be under an overpass getting drunk on moonshine.