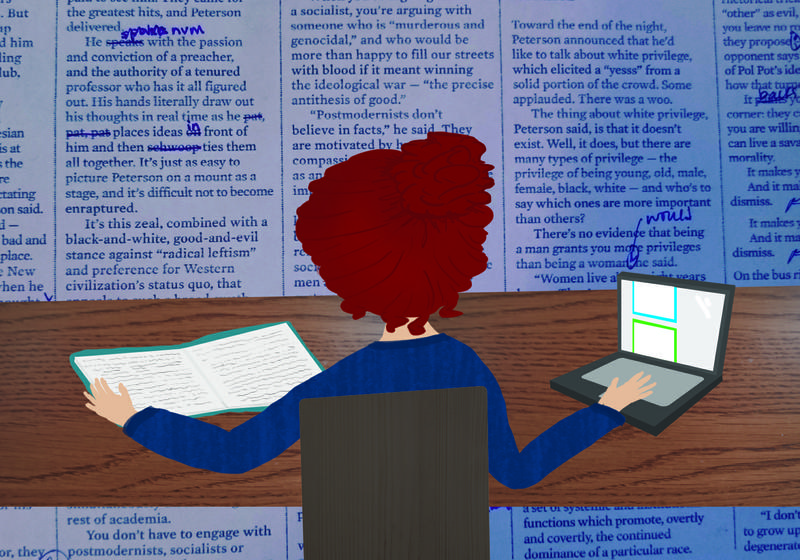 We’ve all been there: we have a big paper to write or an assignment to do, only to realize we’ve spent two hours scrolling through Facebook or Instagram and failed to get anything done.

Having notifications going off on your phone as you try to delve into literary theory or lab reports is obviously distracting, but does it actually affect the way that you study?

It turns out there’s a pretty strong correlation between lower grades and heavy social media use. Some professors have implemented outright bans on laptop use in class after studies have shown they negatively impact academic performance.

It doesn’t just affect you if you’re sitting on Facebook during class — it also affects the people around you, with one study finding that students surrounded by laptops scored 17 per cent lower on a test they were given due to the fact that they were distracted by the actions of their peers.

So what are some ways to avoid getting distracted by social media when you need to study?

Make your friend hold on to your phone

This may seem simple, but having someone else hold on to your phone while you’re working can help stop you from checking Snapchat while you work. No one needs to see another photo of your textbook.

Make a rule that you can’t get it back for an hour — or however long you need to work for. Even if you tell yourself that having it next to you won’t be a distraction, you might not realize the amount of time you spend just “quickly checking” various apps.

I’ve personally used this app since my second year and it really helps. It’s free and allows you to block certain webpages on your laptop like Facebook and Twitter for a customizable period of time. You create a list of websites you find distracting, choose how long you want access blocked for and focus on your work. It’s perfect if you need the Internet for assignments and don’t have the option of going offline entirely.

Similar to Cold Turkey, this is is an open-source app that you can download to block websites, but it’s only available for Mac computers.

Do as much as you can offline

Though not possible for everyone, keeping your laptop off and just reading from your textbook or novel can help keep social media from distracting you. You can also download PDFs and then turn off your WiFi to get readings done.

This is a more long-term solution, but I’ve had friends that have deactivated their Facebook accounts for the duration of finals season or deleted Snapchat from their phone to keep them from wasting time and then downloaded it again once their exams are done.

Most social media channels have the option to temporarily deactivate your account in order to take a break. If you’re spending 8 hour days in the library, do you really have anything exciting to update your Instagram with?

At the end of the day, finding a balance between productivity and fun is difficult for everyone. Not everyone finds social media to be a huge distraction. However, if you’re one of those people that finds themselves scrolling through pictures of dogs instead of writing their papers — guilty — then hopefully some of these methods can help.