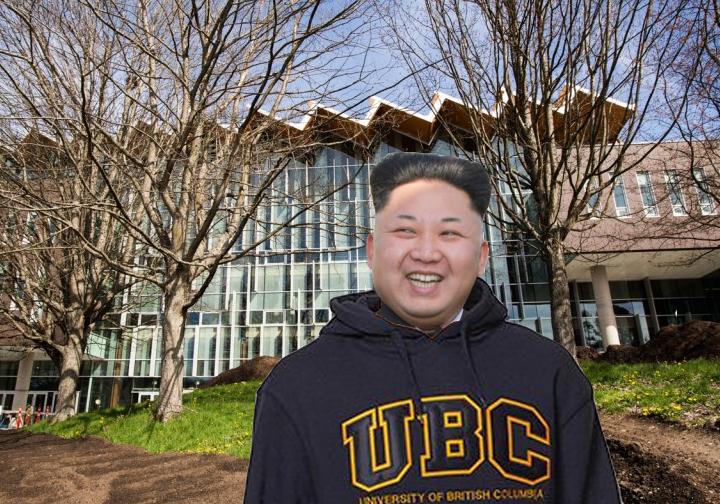 If you scope around the main floor of UBC’s Earth Science Building on Main Mall, you can find a plaque that acknowledges people and organizations who have donated large amounts of funds to UBC Science over the years. The sizes of the donations range from $25,000 to over 10 million.

And in the section listing those who donated between $25,000 and $99,999 dollars, there’s a particularly interesting name on there. 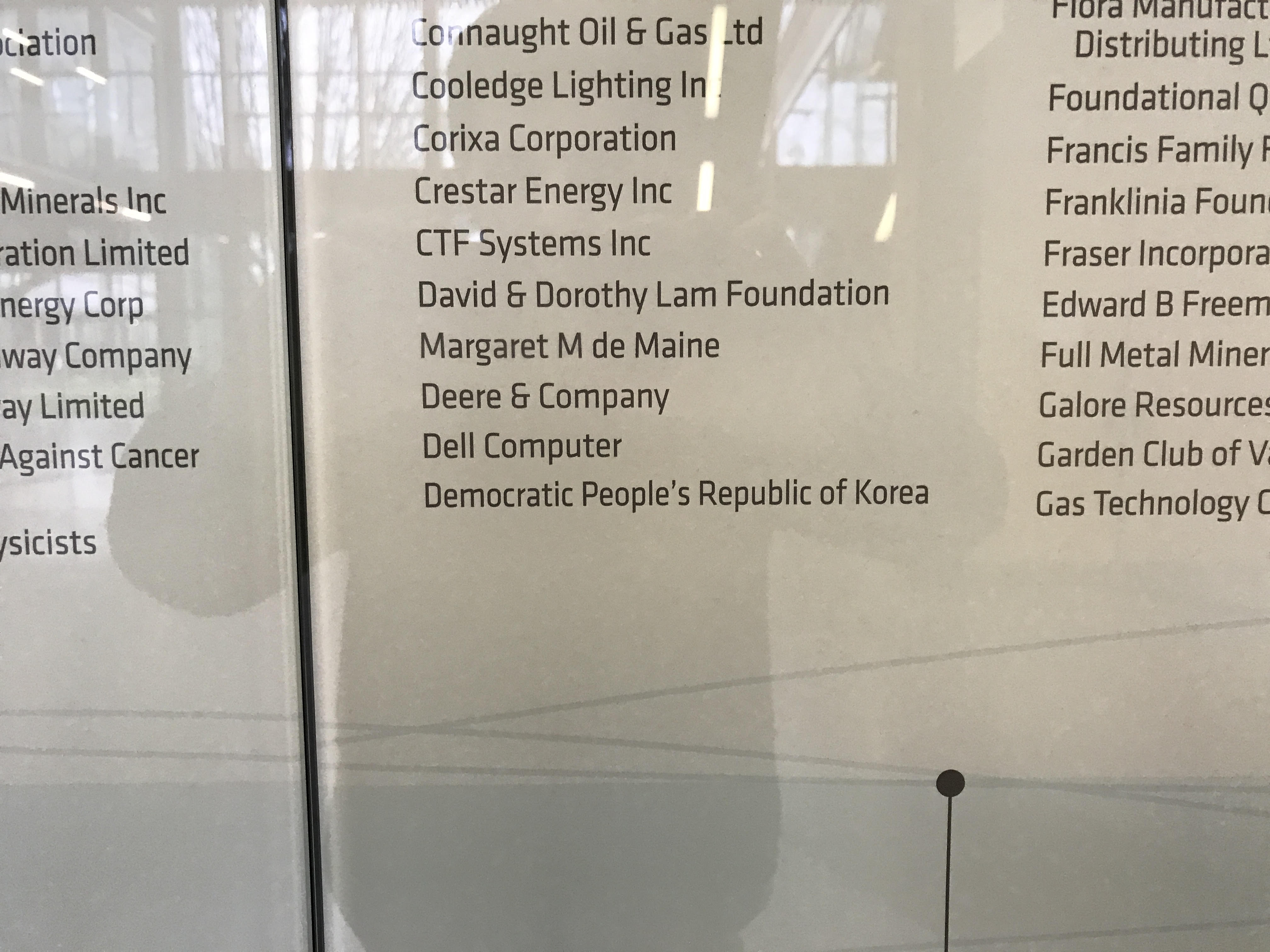 We shit you not.

So did North Korea actually donate to UBC Science? At first, it doesn’t seem like an impossibility — UBC and North Korea have actually collaborated in the past. In 2011, six North Korean professors were brought to UBC for a limited time as part of an exchange program. Likewise, the 1990s saw Korea specialists from UBC engage in unofficial talks that were meant to establish diplomatic relations between North Korea and Canada.

The actual answer, however, is much less interesting. It turns out that North Korea was listed there by accident.

“The listing of DPRK as a donor to Earth and Ocean Sciences is an unfortunate error,” said Valerie Mitford, the manager of development (with Development and Alumni Engagement) for the faculty of science, in an emailed statement to The Ubyssey.

“In 2013, a South Korean institution donated about $54,000 to a UBC researcher in Botany. Due to human error the DPRK was recorded on the wall as the donor, not the Government of South Korea. The Faculty of Science is planning to update the wall to incorporate new donors, possibly as soon as early 2018, and the DPRK wording will be removed at that time.”

Well there you have it, folks. Human error. Except how does someone mess up that badly? Did the maker of the plaque think that the “Democratic” in “Democratic People’s Republic of Korea” meant that they were the Korea with democracy? Or did they browse Sassy Socialist Memes too much and decide to let their inner comrade out?

Whatever the answer, it’s being removed by 2018. Snapchat it while you can.