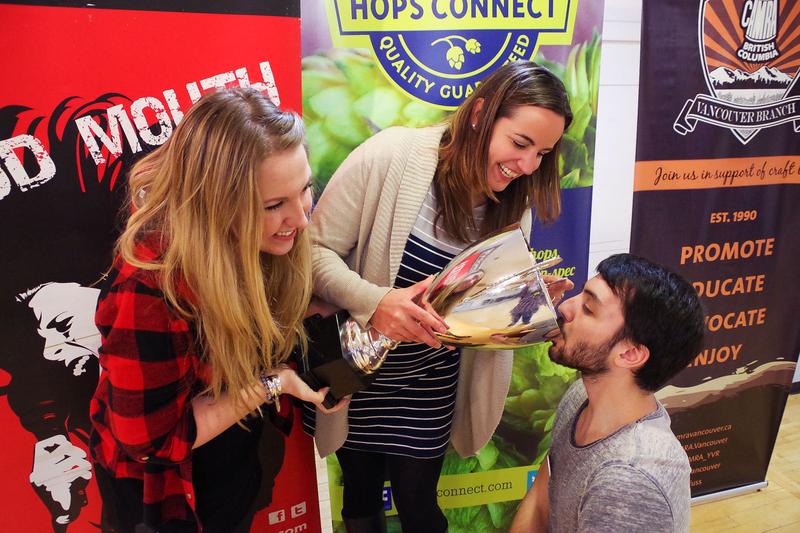 An oldie but a goodie. photo courtesy Dirk Slot

On Saturday, November 7, UBC faced off at the third annual Hops Connect Cup against the University of Victoria, Simon Fraser University, Kwantlen Polytechnic University and Old College in a home beer brewing competition and came away with the championship.

BrUBC is UBC’s very own beer community with a lively atmosphere and a love for brew. With over 130 members, BrUBC is one of UBC’s oldest and most established clubs on campus. A $10 membership teaches you how to brew beer, provides admission to all BrUBC events – including the Hops Connect Cup – and grants access to all the brewing machinery required to make beer. Members are also invited to attend monthly educational lessons on how to brew different types beer.

“It’s basically glorified soup making, but in the end, you get to drink beer,” said Kirsten Corrao, treasurer of BrUBC. "We have people who have never brewed before joining BrUBC and they’re in this competition.”

The Hops Connect Cup features five different categories – Pilsner, ESB, English Bitter, IPA and Double IPA. Each school is allowed two beers in each category, although UBC was the only school that participated in each one. For the actual tasting, 36 beers were tasted and judged by the panel of judges from the BC Beer Awards.

BrUBC President Cynthia Ni has been part of the club for two and a half years. This year she participated — and won – the double IPA category for her brew “URSA Major” along with team members Joseph English and Elliot Siefriend.

“It’s a great way to connect to home brewers from different universities," she said.

Daniel Hill, marketing executive and longtime member of BrUBC, organized the event with Hops Connect and said that brewing has become his biggest hobby and that he has BrUBC to thank for it.

“People are afraid to show up because they have no experience, but that’s what this is all about,” he said.

In the end, UBC came out with a handful of awards: Nazanin Khodarahim, Amanda Warren and Darrick Lee took home the award for best English Bitter termed “Hoptical Illusion." Pascal Turmel, Ivy McCuaig and Maggie Miland won the IPA category with their home brew, “Pineapple Express." Cynthia Ni, Joseph English and Elliot Siefriend won for the “URSA Major” in the Double IPA category. With three of five categories dominated by BrUBC, UBC won the Top School of 2015 Prize and the Hops Connect Cup which is awarded to the school with the most categories won.

Check out their website here and stop by the office found in the new SUB on the second floor to find out more about BrUBC.