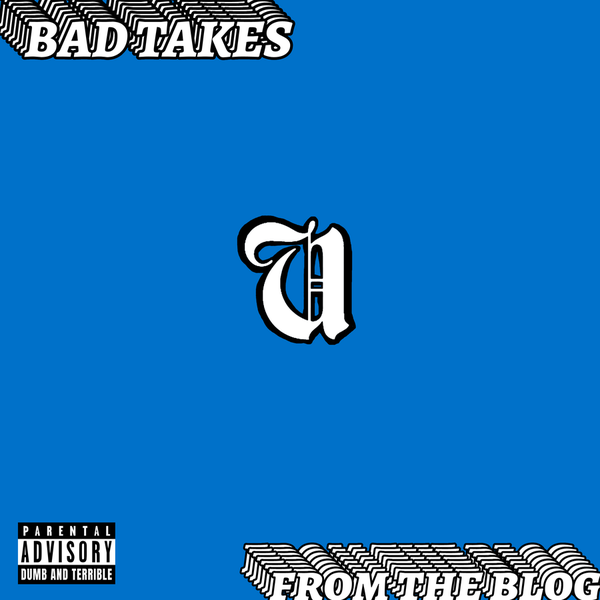 While our methods are blindingly efficacious, the primary instrument for being a tool is the ability to improvise. File Thomas McLeod

Are you a newcomer to UBC and have been asking yourself, “how can I jam the most hedonistic, fucked-up behaviour possible (while remaining respectful of others’ boundaries) into four years at a school where our frats are to American frats what third-grade flag football is to the 2014 New England Patriots?”*

Well, this is the place for you. This column deals in satirical libel, backstabbery, metastatic inconsideration, bullying the powerful and chump-dunking, all while following The Ubyssey’s Respectful Environment Policy.

Hopefully you’ll take away the right lessons from the column — first and foremost of which is that you should be doing the opposite of everything we’ve advised. The first assignment for you to undertake as a newly-minted UBC Dirtbag is to learn how to properly ride the bus.

Having lived in the dead-eyed brunch-hovel composite that is Vancouver for nigh on three years, I’ve come to several conclusions on what constitutes expedient antagonism against every living being who doesn’t have the decency to contribute their fair share of carbon to the ozone layer.

People have places to be, and under no circumstances should you, resident douchebag, let them off the bus to get to those places. Stand on the stairs like a dick-shaped turnstile, go prone in front of the doors or surf the accordion part of the 99, but the more chaos you create with your credulous inactivity, the better.

Gladys Hyatt, a woman who gave men a dignified death as an E.R. nurse — and a slow death as a Nazi-killer in the last Big War — stares down at you with a venom she swore she would reserve for the day she had her hands around Hitler’s throat.

You stare back up at her, spreading your legs across all three elder-priority seats. You owe nothing to your community. She stands in the aisle of the 33 for an hour, which accelerates her hip replacement timeline by two years.

Every stop. As the douchebag messiah says, “Life moves pretty fast. If you don't stop and look around once in a while, you could miss it.”

Yell “backdoor” even when the bus is moving.

The art of conversation

There’s a large chance you’re a person that people meet in university and are reminded of the immortal words of Twitter Poster Abby Govindan.

That means, lucky reader, that you are our exact audience for this article. When you get on the bus, from ingress to expulsion, we need your gums to be flapping. Air out dirty laundry about your “crazy ex” who caught you cheating four times, disclose private and disgusting medical information (can be yours or anyone else’s) and have open discussions about race (any but your own) with old men down the aisle.

Paddle your own canoe

At the end of the day, these are all just guidelines and suggestions. While our methods are blindingly efficacious, the primary instrument for being a tool is the ability to improvise — just ask those dicks over at UBC Improv. Once you’ve mastered the ability to evaluate the most demonic course of action in any circumstance, expertly inconveniencing the masses, it will seem to the people around you that you aren’t thinking about your actions at all!

Thomald McDomald is a fourth-year dog kinesiology major with a minor in classical Italian literature.

The Dingbat is The Ubyssey’s humour section. You can send pitches or completed pieces to blog@ubyssey.ca.