How to use your April U-Pass reimbursement 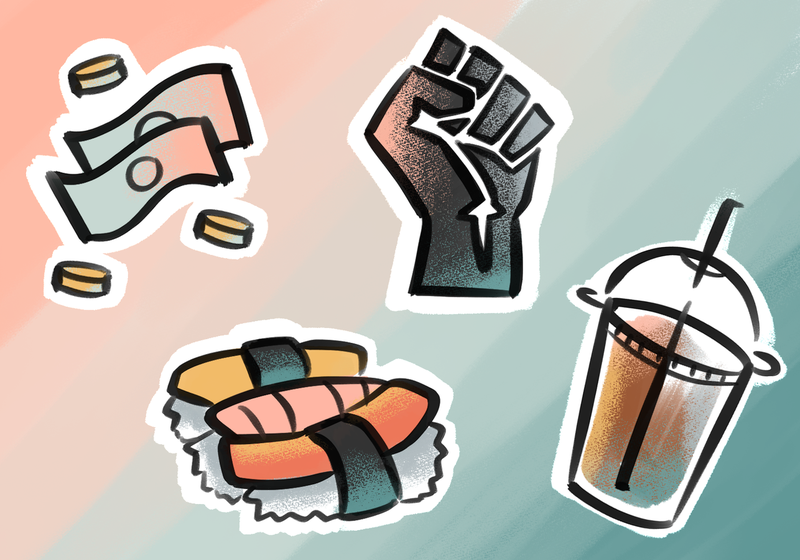 Serotonin. We all need it. Irene Zhang

UBC announced that students can get their April U-Pass reimbursed since classes have moved online. While you might have to fight a little for a full refund (it’s automatically dispersed as tuition credit), there are many ways to use the potential $41 that you (hopefully) receive.

The items listed below are in the best-case scenario that you somehow get a full refund. The smart thing to do is to put it in the bank or pay off interest on your student loans, but that’s no fun. Here are some ideas for what to do with your reimbursement money, from self-reflection on your coffee habits to donating to a cause to make a difference.

This is more me proving that you shouldn’t be spending $5 on iced coffees every day. Do better.

We all need it. Surprisingly, it fits within this price range, which is a serotonin boost in itself.

Depending on where you want to buy a weighted blanket, this may be over budget for you. With your price range, Walmart is the only feasible option.

This civil rights organization is dedicated to serving the American Black LGBTQIA2S+ community. It’s focused on changing federal public policy such as the Employment Non-Discrimination Act under which people cannot be fired based on their sexual orientation.

The Black AIDS Institute aims to stop the AIDS epidemic within Black communities in America and push Black institutions to confront HIV. Its program Cut The Stigma focuses on public education that breaks down misconceptions of HIV and its resulting discrimination.

Food from a local Black-owned business

I’ve been using Uber Eats as a form of social media at this point. That being said, Uber Eats (along with other food delivery apps) takes a lot of the money for itself so please order directly from the business!

This educational non-profit media organization works to expose the roots of social and environmental issues. When covering the Black Lives Matter protests, it blurs out protesters’ faces in efforts to reduce doxxing (which large media companies have failed to do).