E Week Pranks: All of the ‘E’s on the Sauder sign have been stolen 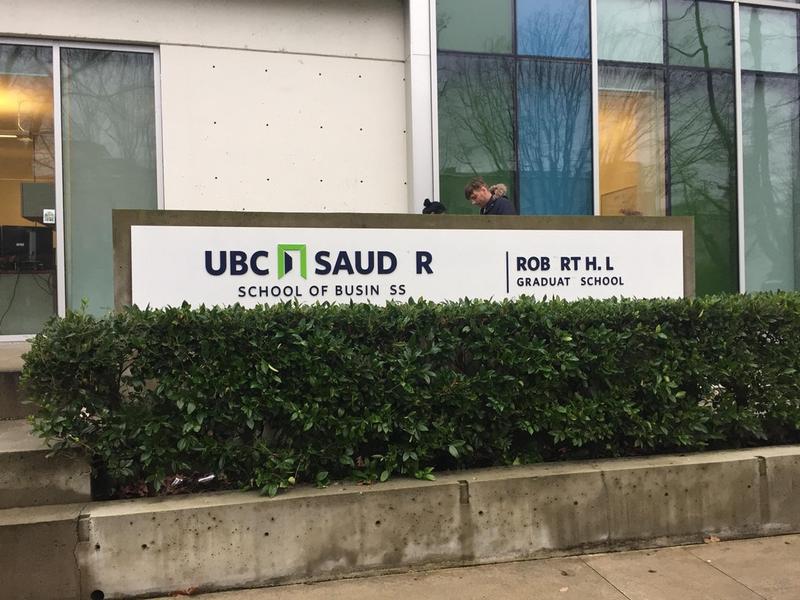 The Sauder School of Business sign that adorns the front of the Henry Angus building has received a little makeover, courtesy of the engineers.

All of the ‘E’s from the sign have been removed — it now spells “UBC Saud r School of Busin ss” and “Rob rt H . L Graduat School.”

Now there’s actually no hard proof that it was the engineers who did this. But considering how it was specifically the letter ‘E’ that was stolen and that the theft occurred during E-Week, it’s pretty easy to connect the dots.

On r/UBC, one computer engineering student wrote “[W]e neither confirm nor deny any connection to any such missing “E”s.” Other posters joked that this means Sauder students are now going to steal/buy/“acquire” the beloved engineering Cairn in revenge. 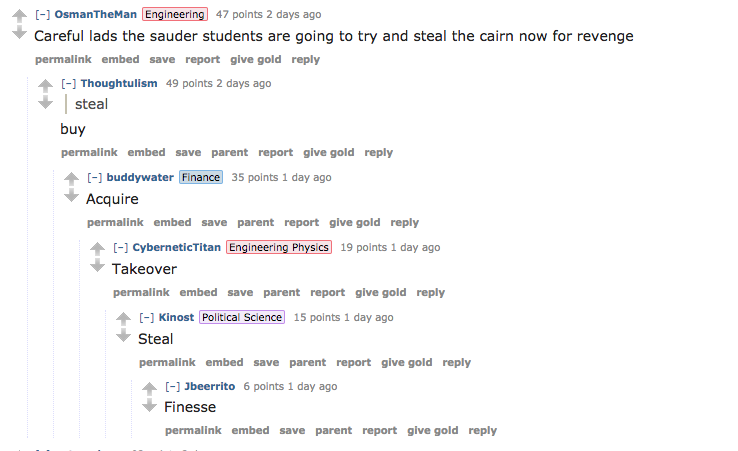 By engineering prank standards, however, this prank is pretty small stuff. In the past, the engineers have put a Volkswagen Beetle on top of the clock tower, dangled another Volkswagen Beetle off of the Golden Gate Bridge and dumped a heavily-graffitied pickup truck with flat tires in the middle of the Buchanan Fountain. Did they not have a spare car to terrorize this time around?

Whatever the case, this prank is good but small-scale. Let’s see if they can put a green Volkswagen Beetle on the roof of the Sauder building by the end of the school year — now that would be a hoot.