A bucket list of things to do before the year ends 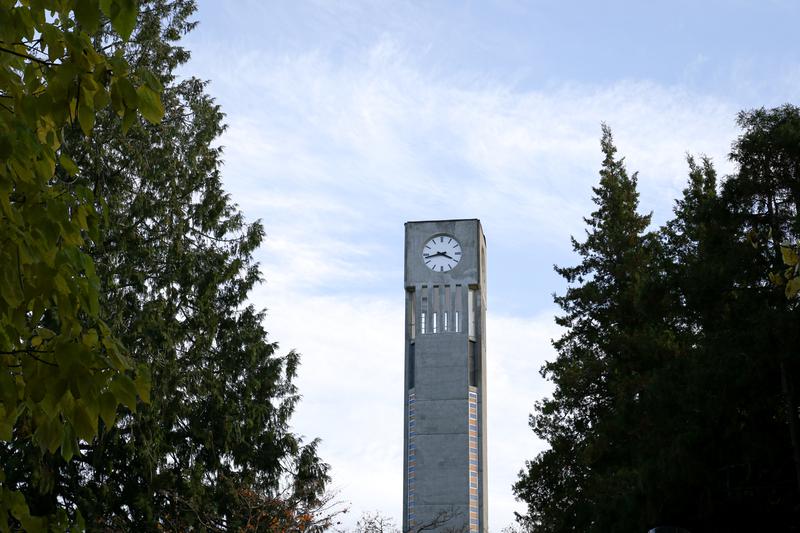 We’ve got about two class days and a couple weeks of exams to seize our dreams before we go back into the bubble-wrap reality of home life. Here’s our fanciful list of items to help you carpe annum!

Have a hoe phase

Let’s be real. With corona still happening, and Tinder being notoriously dry at UBC, the closest you’ve probably got to someone else in the past six months was probably the guy taking your COVID-19 test.

But with so many events happening again on campus as well as an (un)healthy number of Christmas crawls, it’s time to make good use of that vaccination status before exams come around to kick your butt (don't worry, we have something coming for that too!).

The real test of this season is actually how you fare in the game of love, sex and drama while getting through the crunch of the last two weeks. The perks? Self-discovery, having fun and a heck of a story to tell.

The downsides? You might sleep through a paper or two if you’ve had too much fun.

Jump in the fountain

Man you know what’s actually the most North American thing to do? Jumping into a body of water that’s damn-near sub-zero temperatures only for clout.

It may sound absurd but the amount of people who unironically do this (you boys after The Pit nights, I’ve seen y’all!) makes me think it’s worthy of being added to the list.

Of course, this is also an excellent way to realize that inner seagull potential we all have.

At first sight, they seem freaking cute, okay?! That’s pretty much my defense for this bucket-list item, because given their demeanour, these guys have only got their cuteness working for them.

It’s the end of the semester, housing staff is kinda burnt out and who said raccoons can’t pass off as an exceptionally fat dog? Basically, sneak one into residence and you’ll have something warm to cuddle as it gets even colder out here.

Of course, it’s also worth mentioning that they could give you all the pet therapy you need near the end of a stressful term. I mean, that or rabies…

Actually catch a bus on time

We’ve heard about how busy the 49 is and how the 99 basically has to run twice in just five seconds to carry everybody, like it’s a lovechild of Superman and TransLink. This is not news.

What WOULD be news, however, is actually making a bus on time and not making a fool of yourself each time in the most unathletic of fashions by running to the bus stop. As much as Thomas tries to convince me, yes, it IS embarrassing to run for the bus.

All you need to check off this bucket-list item is quitting your Google Maps dependency, waking up a little extra, and developing your calf muscles so you basically fly to the bus stop. Shouldn’t be too hard, I don’t think.

Now THIS is a real one simply because of how many of us are afflicted with the endless pain of existing within the structures of Western education.

Going a day without saying, “Oh my god, I’m stressed” can feel like reclaiming your power against the capitalist machine by admitting (or not) to yourself that for once you’re actually up to speed. Not that you’ll actually be caught up with everything, but isn’t NOT saying something also a form of manifestation? I’m sure one of the many crystal-obsessed girls on campus can verify that.

Maybe this’ll be the day you don’t even spend the extra three dollars on an overpriced festive drink from one of the infamous campus Starbuckses! Truly, what a way to combat capitalism (even though I thought “omg I’m stressed” at least thrice while writing this sentence alone).

Eat every kind of pizza on campus in 24 hours

The endless debate of whether Uncle Fatih’s is actually superior to Domino’s or not needs a definite answer, and you could be the one to verify it for us all. Because yes, we ARE looking for answers.

Is it Fresh Slice that has the last laugh, or the always-there-for-when-you’re-drunk-at-the-bus-loop Uncle Fatih’s that proves faithful? I guess there’s only one way to tell.

If you’re lactose intolerant, however, I’d strongly suggest skipping this item. Don’t take my word for it though, because do you lactose folks actually ever avoid cheese anyway?!

Go to class in costume

Halloween may be over in reality but it’s always alive in spirit, especially given how dark it gets these days and the endless horrors presented to us in the form of term papers.

If you’ve been vying for class clown, this is definitely an item to check off your list. Not only will it make you a memorable meme for the class, but you might even end up finding that your true calling is, after all, in clownery and not Sauder.

So ditch the Patagonia and Blundstones and wear something spooky/silly in class for a change! I, for one, would weep happy tears if someone dressed as a seagull showed up to class (yes, the gull obsession is real!)

And let’s be real, we need the laughs anyway.