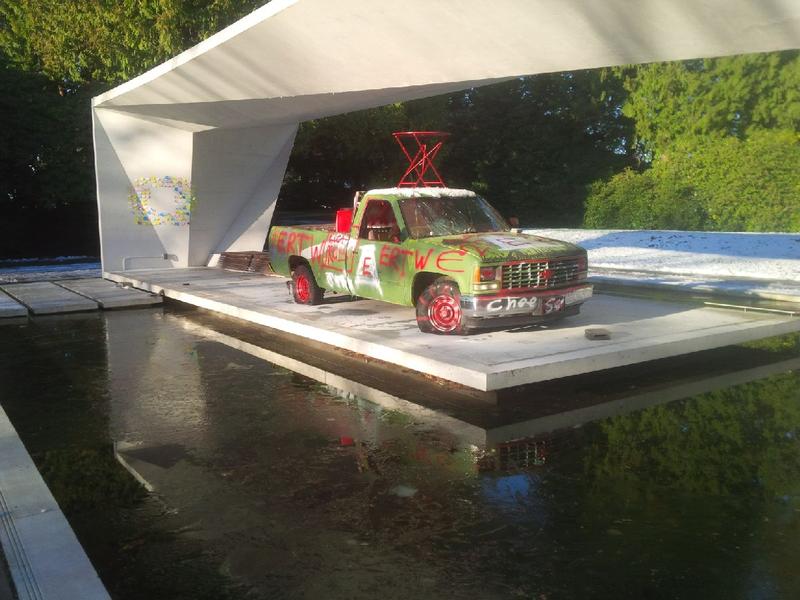 Apparently UBC is done with cars on stairs and is kicking it up a notch with trucks in the middle of a fountain.

Alan Richardson, a UBC philosophy professor, tweeted the photo addressing the faculty of applied sciences for leaving a final project in the middle of the Buchanan courtyard. Whether or not applied science is at the root of this joke is unknown, and they have yet to reply or comment to Richardson’s tweet.

Dear @ubcappscience -- Some of your students left their final project in Buchanan Courtyard. Come and get it. pic.twitter.com/Al71kZRfxb

Either way, the UBC engineers are keeping up their reputation for cars in ridiculous places and this one just seems all the more bizarre, as it is completely trashed with flat tires and graffiti.