Faces of UBC: The human experience 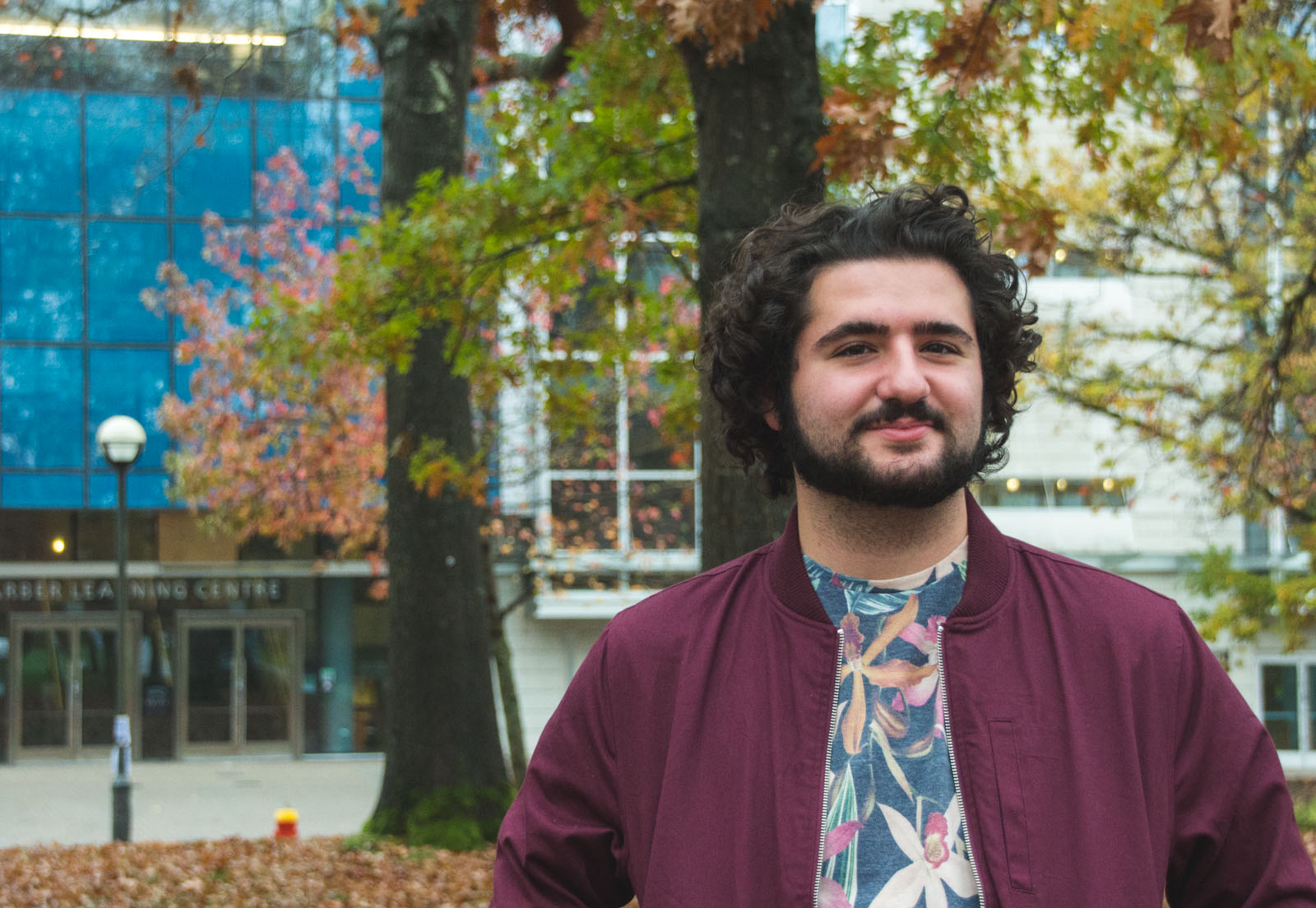 When I was in grade three, I was diagnosed with a learning disability. I went to a lot of different specialists at the time. The psychologist I went to, who actually diagnosed me, had said that even graduating high school wasn’t a very realistic goal for me to have. Obviously, my parents didn’t like hearing that, but they pushed me to do my best academically and I pushed myself. Eventually, I got to the point that I was doing okay and I graduated high school and was accepted into UBC — something that was seen as unrealistic. 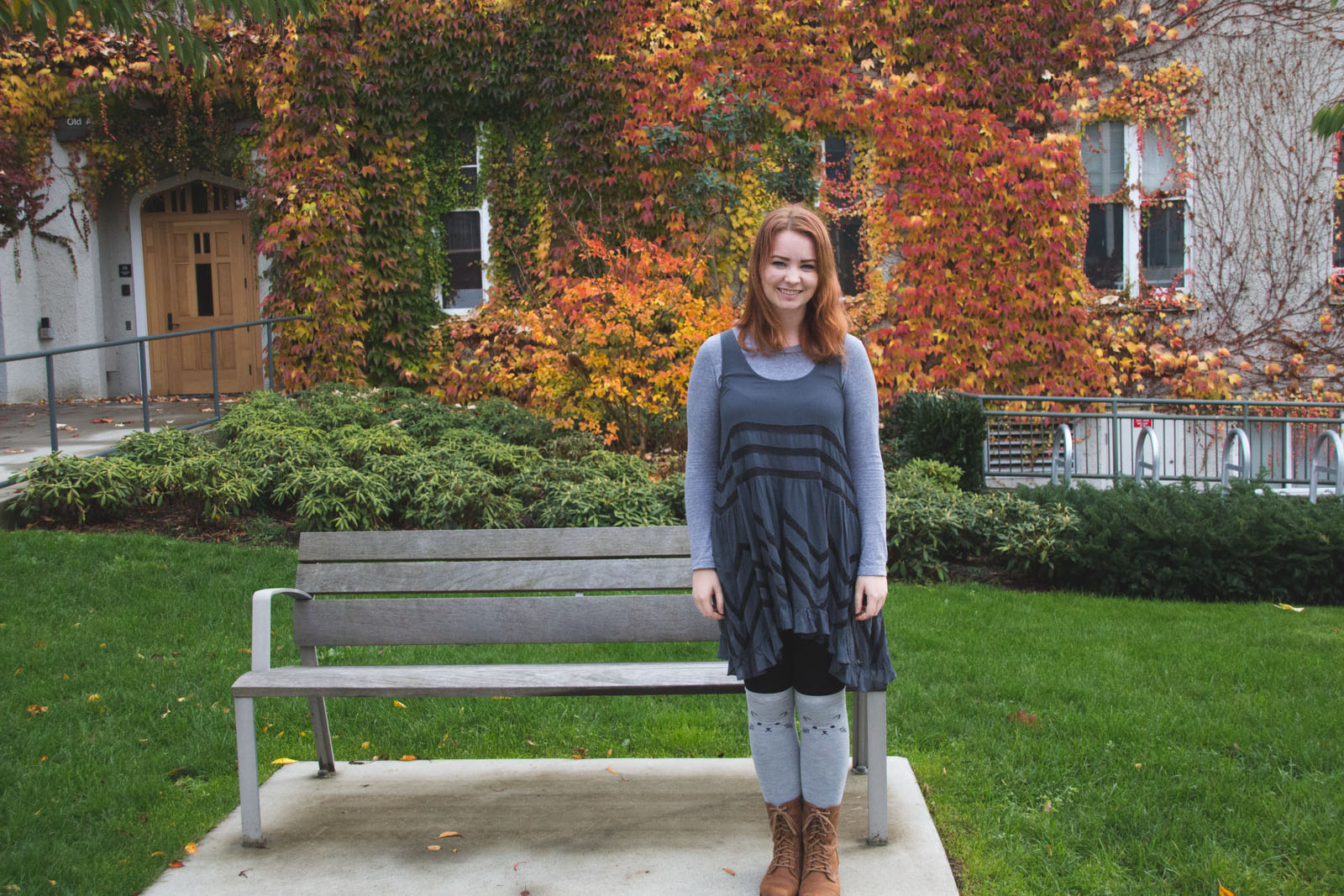 I was very excited for the libraries [at UBC] because I’ve always enjoyed libraries, but the one at my high school was very minimalistic and had the worst energy. I was very excited to have a classic looking library that I could study and be myself in. 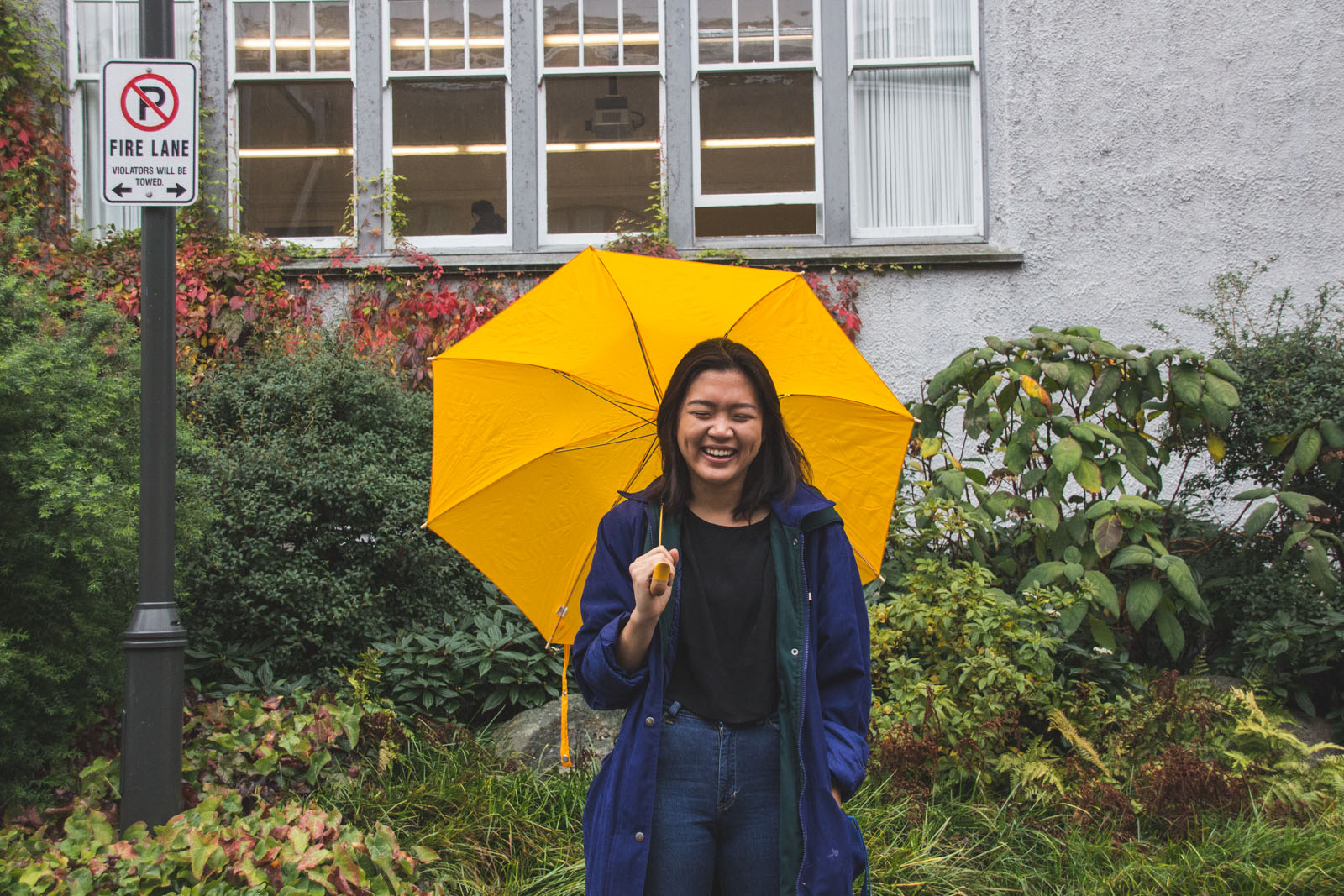 Being in university is weird and difficult, but mostly that’s because of the fact that you’re getting graded on a numerical scale. You shouldn’t let numbers validate or invalidate who you are as a person because … I don’t know. Everyone has their strengths and weaknesses. Just don’t let your marks invalidate your existence or make you doubt why you’re here and I’m sure that everything gets easier. It’s all about figuring out what you want to do and less about the grades that you receive. 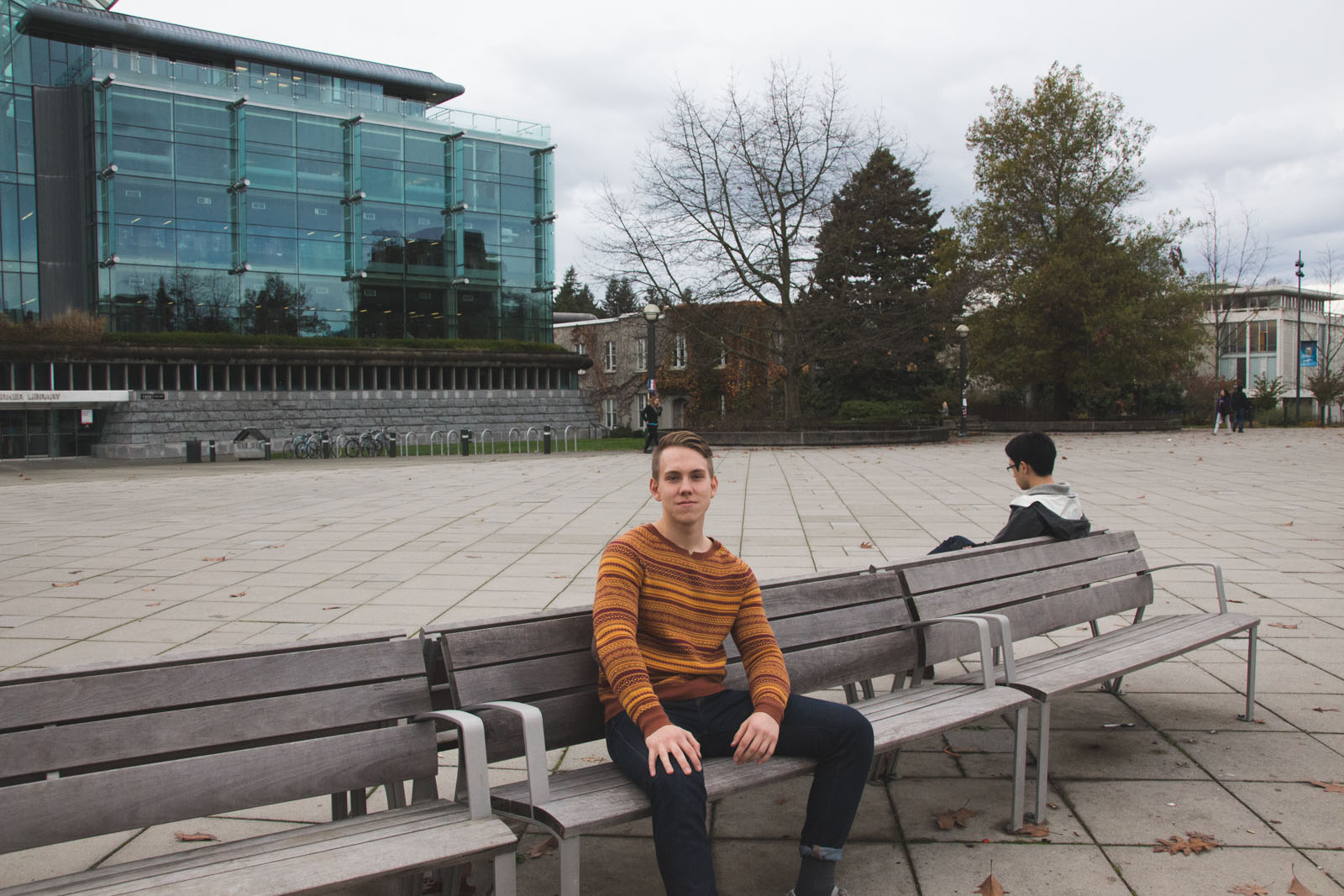 This summer when I was coming back to UBC from Russia, I had a layover in Hong Kong for five hours and I wanted to explore the city and see the main attractions. I slowly found out how to get to the main attraction, the Victoria Peak, where you can see the whole skyline of the city. I was walking around, trying to figure things out, and then a couple of Chinese students came up to me and asked if I wanted to split a cab. Their English was minimal, but I could see that they were really friendly. When we were in the cab, they told me about where they were from. I could tell they were trying really hard to connect with me and I felt connected to them.

We got to The Peak and I realized that I had left my phone in the cab. I started freaking out because I was alone in a big city — close to the time of my flight — without my phone. I told the students and, to my surprise, they didn’t leave, but instead they called the cab company and did everything they could to try and help me find my phone and get me to my flight on time. They reminded me of a typical international UBC student, but in that situation, I was the international one and I was in their home. Here, we all speak English and people who don’t often feel lost, but they are usually ignored. While being there, I realized how hard it can be. You can’t really see what kind of person someone is unless you talk to them and get to know who they really are. 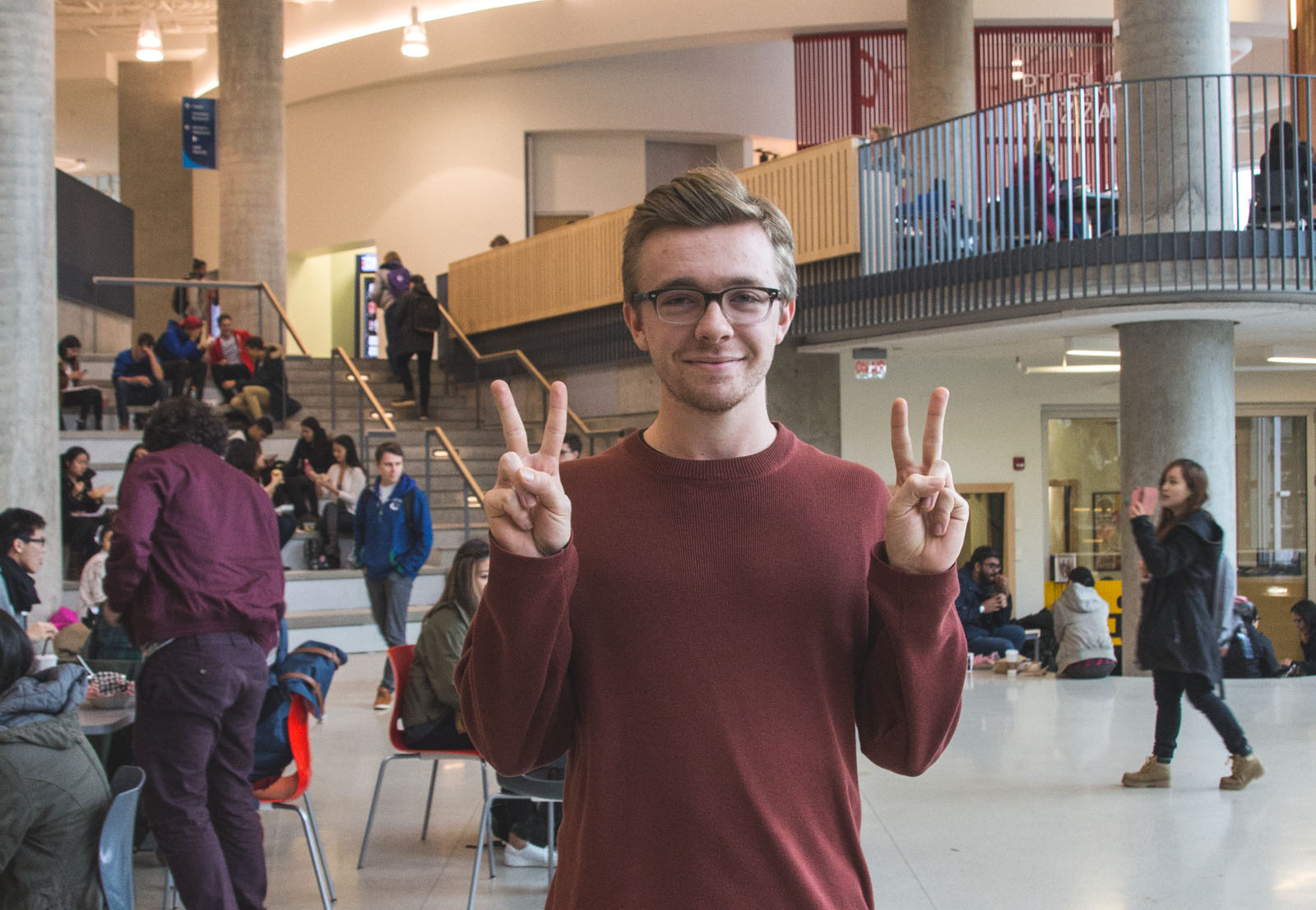 I thought I would be in a band by now, but I haven’t really pushed myself to do that yet. I bought a new guitar last week, which was pretty cool. But, I don’t know. I’m figuring out how to move on from my last project and start something new. It’s a lot harder than I thought it would be and I don’t know how it’s going. That’s like, the least directional part of my life right now. It’s also the thing I think I rely on the most, which is a little concerning. It helps that I kind of live by a blind optimism in that sense and I hope something will work out. 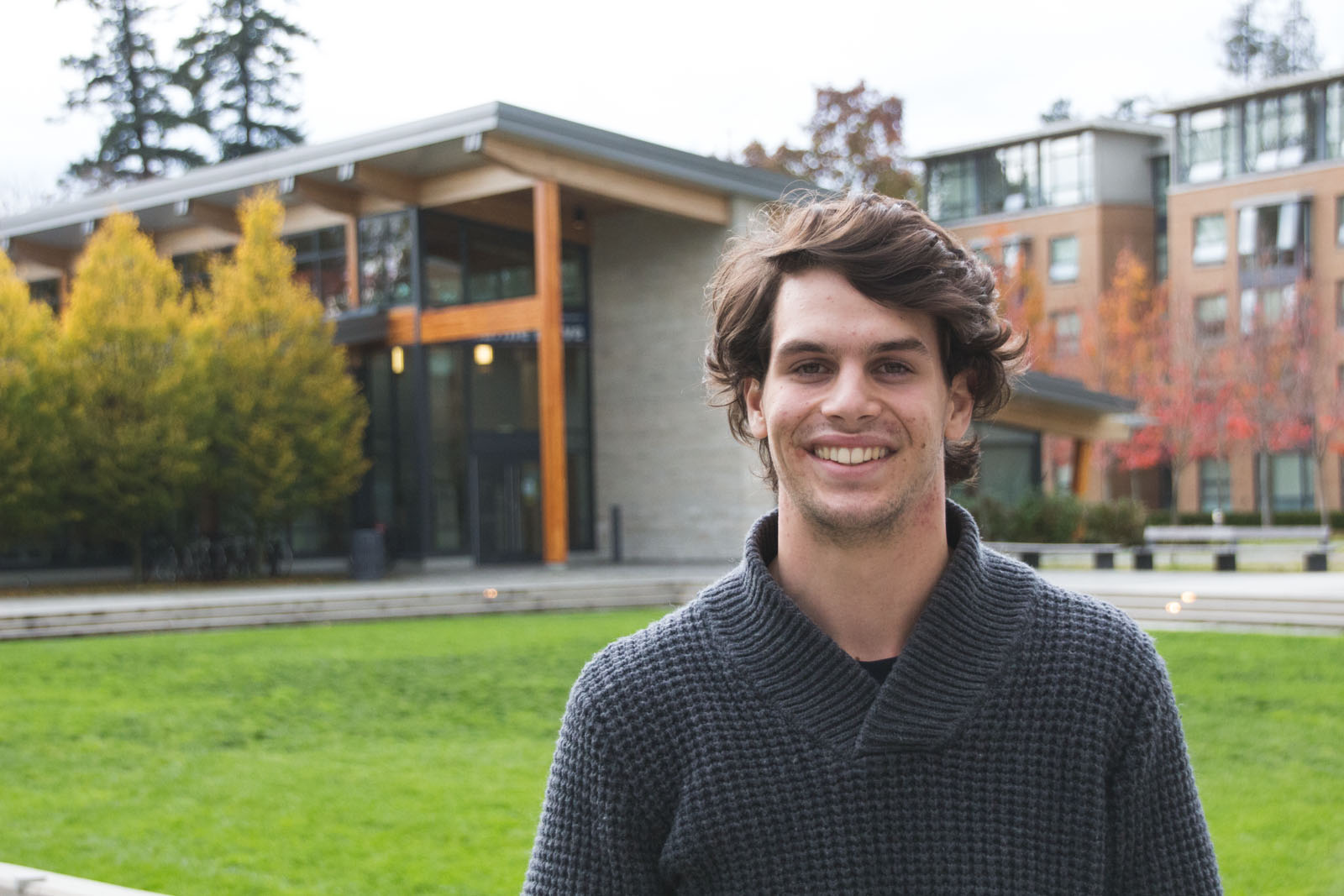 When I was in grade 11, my parents moved to Ghana. I like going to visit Africa. I find that people are really happy there compared to the Western societies. There, they are very thankful for everything. People appreciate the little things in life that people forget to appreciate here. Whenever I went to Africa, I thought to myself that what I wanted to do in my life was, at some point, to move there and help develop Africa.

A lot of people that haven’t visited Africa don’t really understand and just believe that it’s poor there, but it’s actually just a lack of caring about moving forwards. It’s that they care more about their people and they’d rather just give money to provide people with food and clothing rather than try to do something different to better themselves as a society that would benefit them in the future. There’s a lack of education, which is the big problem, and which is why I would like to go there and help — because I am fortunate enough to get an education. I believe in Africa. I believe Africa has a lot of potential.