Cow squeezin's and their effect on our modern life 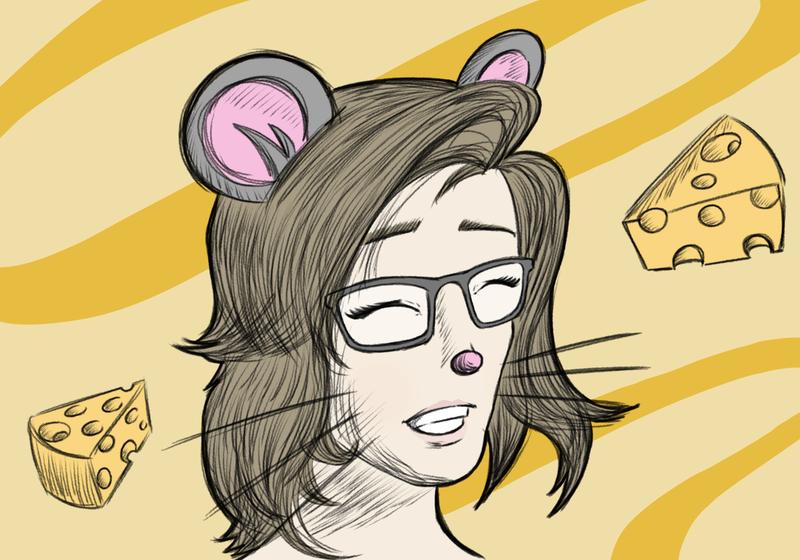 I knew that would get your attention.

What can we say about cheese? Its versatility has been used as evidence of divine presence. “I’ll Make Love to You” is widely accepted to be about a wheel of chevre. Cheese is patient, cheese is kind. Cheese does not envy, it does not boast, it is not proud. Cheese fills the cheese-shaped hole in my heart.

That being said, it is a common misconception that cheese is a cure-all on par with penicillin or The Colbert Bump, which is unfortunately not true. It has its weaknesses. In fact, the saying, “All that glitters is not gold” originally included the caveat, “especially if it’s cheese, in which case the glittering is probably mould and should be destroyed with a blowtorch.”

In a similar vein, some are adamant that cheese enhances all things. This is false. Examples of those that do not need more cheese include, but are not limited to:

I could go on.

But I won’t. Because cheese was just the bait. And the switch is that we’re not here to talk about cheese. What we’re here to talk about is the emergence of Calvinistic moral relativity in the context of industrial conditions as explored in Upton Sinclair’s The Jungle.

Just kidding, I’m no bitch. We’re here to talk about the reason for cheese. And that reason is nachos.

Without further ado, a bit of history:

The nacho was invented in 1815 by a Prussian colonel, Johannes Nacho, who, disgusted by the British food during a visit to London, drunkenly boasted to an English acquaintance that he could make a better dish even if he were only allowed two ingredients. This Englishman, Lord Earl William Lourde OBE, agreed to this challenge provided he was allowed to pick Mr. Nacho’s food components — a fatal flaw since Lorde Lourde had apparently neither eaten cheese in his lifetime nor read my above breakdown on cheese and was thus ignorant to its heavenly essence.

Upon tasting this new creation, Lourde was blown away and christened this new delicacy “cheese crunchies.” Colonel Nacho subsequently sued for intellectual property rights and stowed away to Mexico, living under the esteemed Mexican witness protection program.

Word of this glorious food spread like wildfire and by the discovery of gold in the Klondike, nachos were a staple food across North America. Nacho entrepreneurs flocked to the Klondike to profit off idiot gold prospectors who needed to eat something. Let that serve as a lesson to all y’all: When life gives you lemons, throw them in the garbage and make nachos instead. Then sell the nachos to those fools digging around in the garbage for lemons. Seriously, what is up with people and lemons?

Nachos continued to be enjoyed without any controversy until the mid-1970s when the advent of the microwave oven sparked the debate over microwaving versus broiling. This was intensified when the Dire Straights’ song, “Money for Nothing,” bragged about how being a rock star affords one “microwave ovens and colour TVs.” Oh the glamour, Mark Knopfler. I wish I could live as luxuriously as you.

The microwave-versus-traditional-oven debate raged on. To this day, the adherents of either side evangelize with a ferocity comparable to, say, the battle-axe tribes of the late Neolithic or people who debate the pronunciation of “GIF.” (See also: bah-gull versus bay-gull.)

But after the first decade and a half into the 21st century, one answer evades us:

How do I turn off this blowtorch?