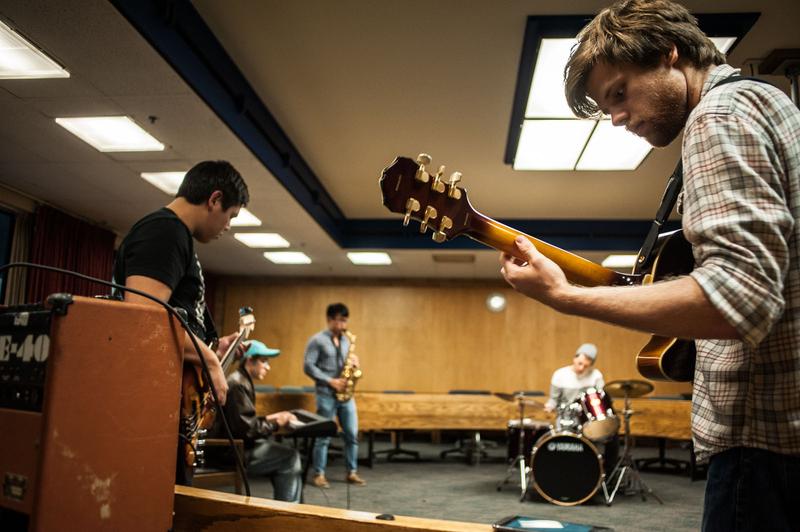 It's easy to think of jazz as music from another time — lost somewhere in the 1920s. Think again. The UBC Jazz Café Club, founded in 2010, will change your mind. I got the chance to join one of their jam sessions taking place every Tuesday night in varying locations.

Running late, I stumbled into a conference room. Inside, five pairs of eyes were staring at me. After a brief apology for the disturbance, I settled into a surprisingly comfortable chair and started absorbing. As they began playing, I found myself wondering whether they had rehearsed the song before. Actually, as sax player David Yu explained to me, every week is different.

“We see who shows up and work with that," he said. Yu elaborated that there is a “blues structure” that the group follows and then they “improvise over the chords." Needless to say, I was impressed.

Drummer Michael Wadham pursued rhythmic mayhem before they resumed playing songs. The boys performed my personal favourite, Isn’t She Lovely by Stevie Wonder. Keyboardist Leo Middleton sang the chorus. The music transports you in time and you can almost picture yourself in a Detroit bar during the 1960s with a glass of good whiskey, dim lights and smoke.

There were a number of guests during the session. The musicians were just as friendly to the newcomers. Some guests just wanted to sit and listen, others to join in. A man named Ricardo arrived with his guitar — the boys helped him set up and, before anyone knew, they were off and jamming. Bassist Julian Roemer seemed as impressed with Ricardo as I was with all of them.

It is easy to join this wonderful group of talented musicians. Their next event is November 27 in the Egg Theatre inside the Nest. There is a small membership fee of five dollars, which you can pay at the entrance, and it grants you free entry to all of the events. If you're not a member, there is a three dollar entry fee.

But it's not simply a concert — it's a social gathering where you can meet other musicians, eat good food and even take some jazz dancing lessons.