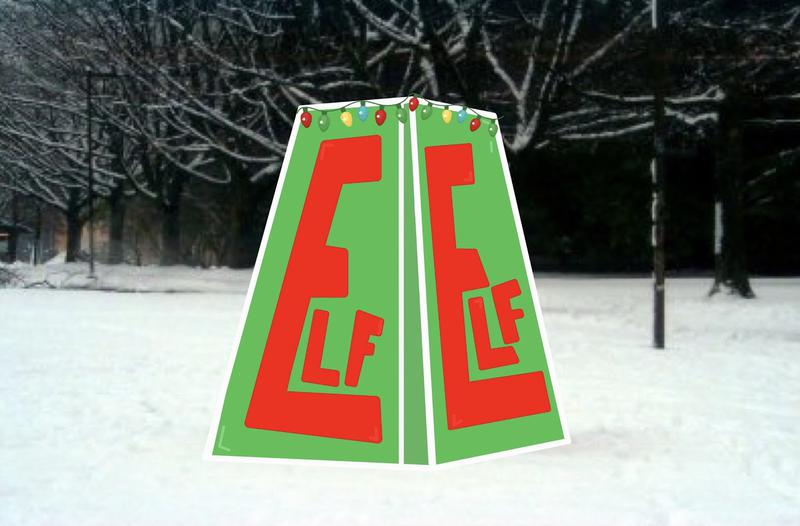 Put on some holiday bops

Holiday music slaps. But, you know what doesn’t slap? Studying for finals. So why not combine the two? Blast some Mariah Carey or Michael Bublé, and crank it up so you drown out your lectures that are playing on two times speed while you cram.

With term papers due left and right and with the holiday spirit hard to come by, it’s a crazy, crazy time. Go pick up a fake tree, and put some ornaments, fairy lights and Quizlet flashcards on it. You can be studious and festive at the same time!

Take a moment off of studying to write a letter to Santa! You know, glasses, bowties, cellos, having 17k Instagram followers. You didn’t think we were talking about Santa Claus? No, no, we’re all about Santa Ono here.

Do some arts and crafts

Maybe you’ll want to get some fresh air! Grab a mask, some paint and some tinsel, and definitely do not go festively vandalize, I mean decorate, the Engineering Cairn. It’s a great way to be festive and show off your creativity!

Light up some candles. You know, the warm vanilla, cinnamon or peppermint ones. Yeah, the Orchard Commons fire alarm will probably go off, and yeah, you’ll probably get told off by your RA, but what’s a true UBC experience without trudging down flights of stairs in your pyjamas to stand outside in the cold in the middle of the night every once in a while? At least your room will smell funky fresh and festive.