School War I: which faculty would reign superior in a campus battle? 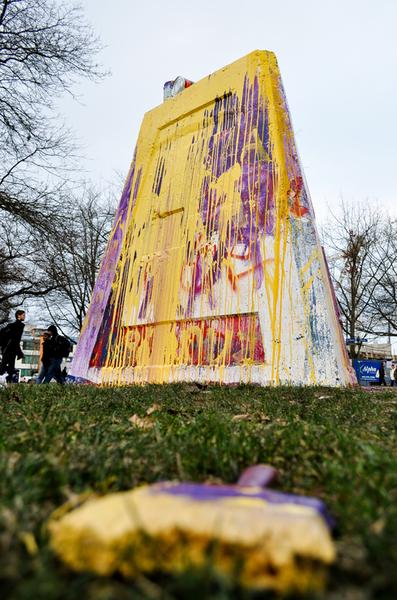 Apparently, UBC has its very own George R.R. Martin on its hands. Reddit user elanonelp is writing a novel online, about which faculty would win in a “War of the Faculties.”

Personally, this novel has got me worked up. Do I take personal offense that the arts students are inadvertently called lazy? Maybe. Do I laugh every time I read about the Sauder Snakes? Absolutely. The author has been releasing different parts of the novel over a period of days.

There are many aspects to this war — medicine, allies, location on campus and more. Who knows what kind of weapons are being stored in the engineering building? Or the mysterious coding technologies of the computer science kids? What about the sneaky smiles of the sleek looking Sauder students? You cannot count out anyone on campus.

At this point, I have no idea who wins the war, but I have a solid bet on Arts. There are over 13,000 of them, compared to the next biggest faculty, which is Graduate and Postdoctoral Studies at 8,934. If they don’t win, that’s just embarrassing. There should be another whole sequel to this novel about pitting different majors in Arts against one another.

The comments in this thread are probably among the most serious on Reddit. Readers are commenting their own input, on who would win and why. Here are some of my personal favourites:

“It would turn out that top Sauder students started the whole war to sell weapons and make $$$$.” - friendios

(And the reply — “so sauder is usa?” from user ajariax)

“In This Thread: Nobody actually knows what anybody does in the other faculties.” - Stickman2

“Arts students would win because Buchanan Tower puts fear into the hearts of every other faculty.” – qlosko

And the ultimate showstopper:

So when will the final battle occur? Will it happen in War Memorial? Do you get my bad pun or am I just laughing alone?

An earlier version of this article stated that jdjdbabybaby was the author of the novel. It is in fact, Reddit user elanonelp, who wrote this saga. The Ubyssey regrets this error.