Remember what Rihanna taught you and show off your umbrella etiquette 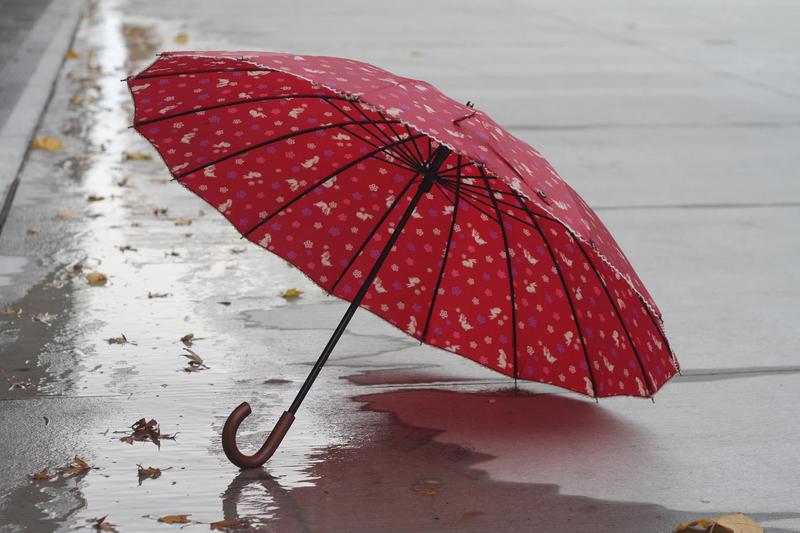 Ah, autumn. The leaves are tumbling down, all of my friends are slowly breaking down under the pressure of midterms and Vancouver — and everyone in it — is drenched.

If you know anything about this city, it’s that a good six months of each year is devoted to an never-ending monsoon. Any sunlight you see is just Mother Nature playing with your weak human feelings before she ruins your outdoor birthday party with a thunderstorm.

But despite the realities of Vancouver life, no one on this campus knows how to use a goddamn umbrella.

We get that you’re excited to show off your Hello Kitty print umbrella. We would be too if we had one. But for the sake of whatever heathen gods you worship, be careful with that thing. Don’t open your umbrella when you’re close to other people: you’ll either a) annoy them or b) poke their eye out, rendering them half-blind and making their other senses only marginally stronger in exchange. Either way, not a good time.

The 99 B-Line is already a crowded mess of pressed-up bodies, weird smells and general uncomfortableness — think a nightclub minus the music and booze. Don’t make it worse. Close your umbrella fully before you enter and give it a good shake-out beforehand — I’ve seen a lot of fluids in Vancouver buses, you don’t have to add your own. Also, do not open your umbrella as you’re leaving the bus. You’ll spray everyone waiting to board with a mix of rain and 99-juice.

Remember when your elementary school teacher told you how to properly and safely hold scissors? You clearly don’t, because you’re walking around campus holding umbrellas like you’re in fencing class. Put the pointy end towards the ground. The only reason you should be brandishing your umbrella is if you’re performing a tasteful tap dance routine. Otherwise, no dancing in the rain.

4) Shake it like a polaroid picture (but not at me)

Shake your umbrella like Andre 3000 is commanding you. But just like you wouldn’t blast Outkast in the middle of a funeral (although that would be kind of awesome) there’s a time and a place to shake it. That place is outside, and that time is not when other people are walking by. Shake it, don’t spray it.

And for the love UBC’s lovely cleaning staff, don’t shake it out inside. Over half a million people died from slipping and falling in 2013. If you make a surface slippery, you’re basically attempting murder.

If you’re passing someone else with an umbrella, the taller person should raise theirs to avoid a collision. It’s that simple. Do the vertically challenged a favour.

Too long have the small umbrellas suffered under the tyranny of big umbrellas. Unless you’re shepherding a small family, there’s no reason for it to be that big. You’re forcing everyone else to move around you through sheer force like some kind of Hobbesian umbrella dystopia. We’re better than this. You’re better than this. Consider downsizing, or be a kind enough soul to let us small-umbrella folk pass in peace.

7) Remember what Rihanna taught you

If you’re walking with someone in a deluge, make like a good girl gone bad and let them stand under your umbrella (ella ella, eh etc). We’re all suffering on this mortal coil together, so we might as well try to get through as dry as we can.