It snowed in Vancouver and everyone lost their shit

It isn't the yoga, craft beer or sushi that sets Vancouver apart from the rest of Canada — it's how we deal with the snow. Today was the one day a year where we experienced the stuff and despite a week's worth of notice, everybody still lost their damn minds. Vancouverites whipped out their umbrellas and Canadians who grew up east scoffed in disgust.

Some of the busses couldn't get out of the depot, let alone up the many hills that make up Vancouver. For anywhere from one to three hours, students waited miserably in the sleet. Just as they got excited at the sight of an orange glimmer of hope from a bus number in the distance, their faces abruptly dropped as a full bus passed them. Some desperate Vancouverites even resorted to feeble attempts of hitchhiking.

When the busses did finally get themselves going, they slid into the posts of bus stops, leaving a broken trail of 45 degree angles. I mean, at least they didn't hit people, right? Come on Vancouver, you had almost a week's notice that it was going to snow today and you still didn't salt the roads? 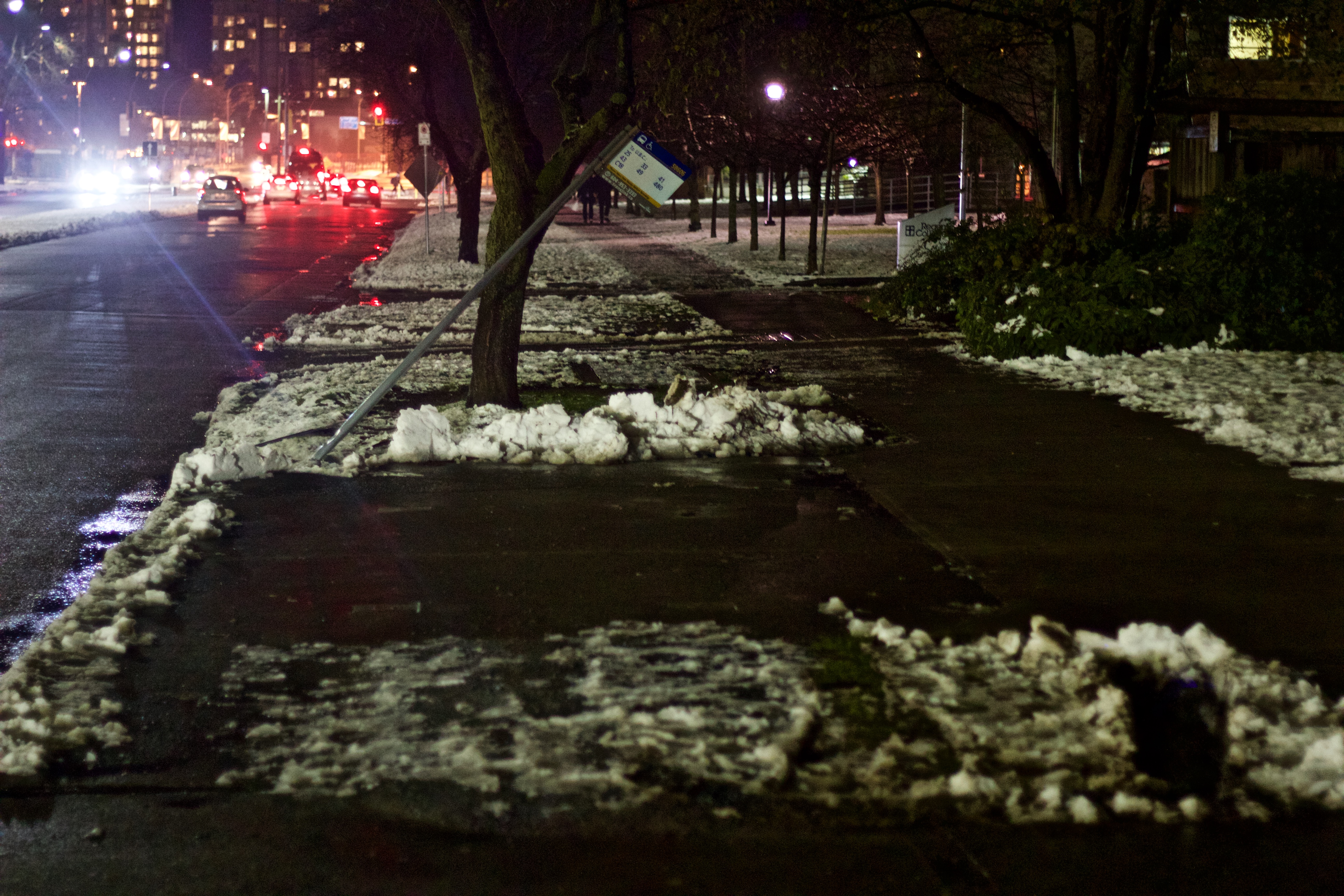 While all of those who were freezing their asses off in the two-degree weather furiously bitched about the busses which clearly had it hard enough, TransLink BC's Twitter was a frantic flurry of apologetic tweets. 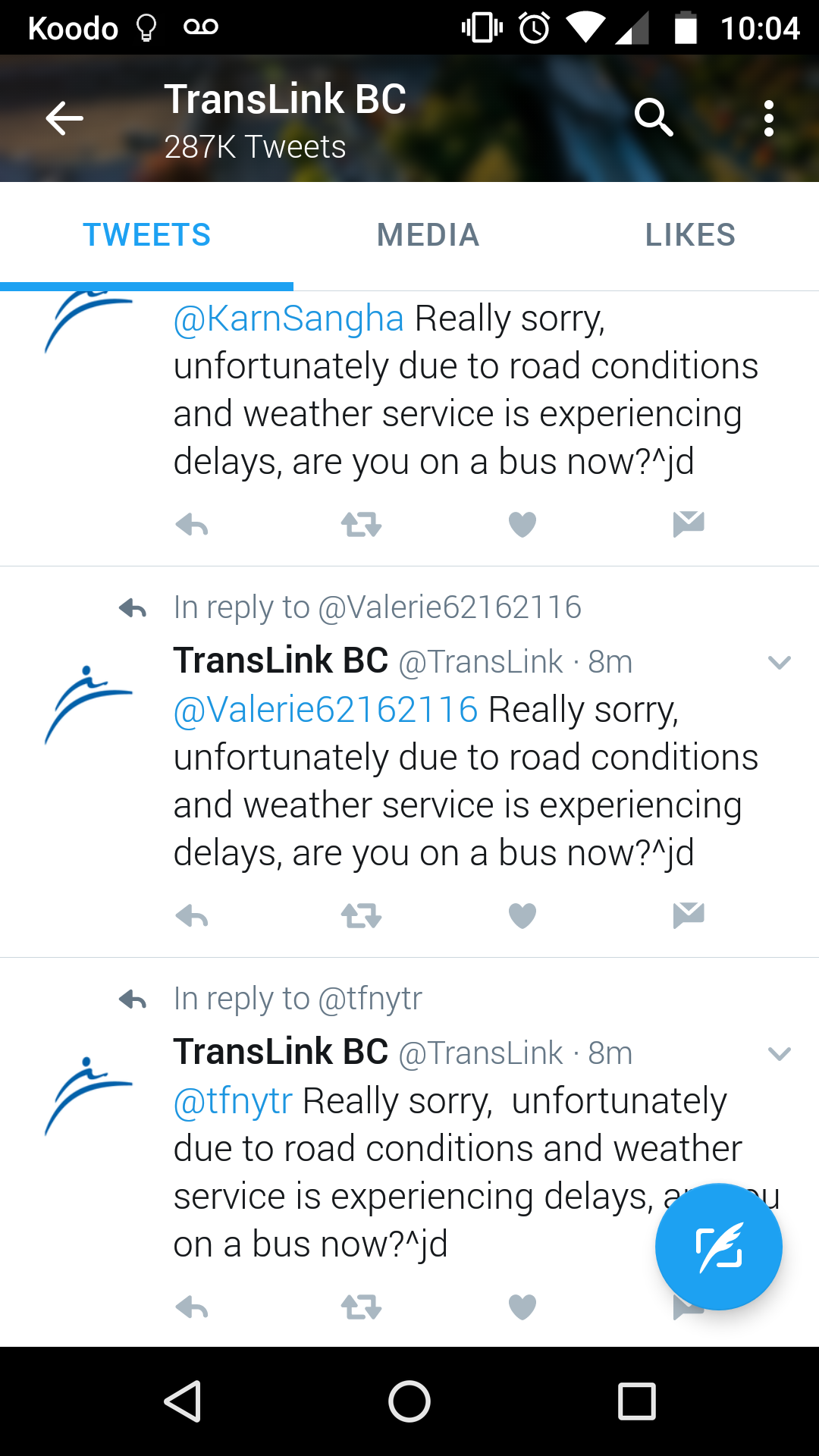 After the initial morning panic of finding everything covered in a strange and foreign white substance, people of all ages excitedly flocked to patches of unmelted snow and constructed slushmen and had slushball fights. Some people even took this rare opportunity to tell the world how they really feel about Vancouver weather...

At the end of the day, Vancouverites love and appreciate the beauty of snow even though it's also terrifying — it's part of the allure. After all, we know the snow is going to be gone tomorrow.