A eulogy for Philip 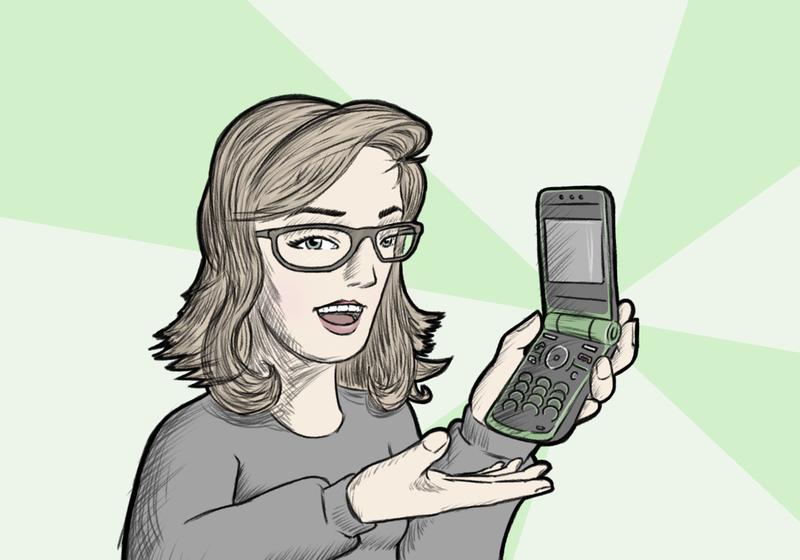 When I was 13, a friend of mine had a pink Motorola Razr phone. What a whore¹.

I, on the other hand, didn’t have any phone — not because my parents upheld some dumb rule like, “You have to learn to be socially competent before you get one," but because it just never occurred to me that was a thing I should want.

But when some really cool friends (I’m talking had-phones-since-late-sixth-grade cool) asked me about it, I told them I wanted one, but my mom is like, “meeeeeeeaaaaaahh.” This was a lie, but she would get her revenge years later when she told me, “That outfit looks great on you.”

What can I say? I was going through my lil’-shit-teenager phase. I grew out of that pretty fast though and now I’m in my awesome-and-great phase.

Mom confronted me about that later, during which I made it known with as much charm as 13-year-old me could muster (guess how much that was) that it was about time I got a phone (it’s none). And apparently that was all the charisma it took because I got what I wanted. This is how it went down:

It was a dark and stormy evening. This is because it was the Northwest and that’s how things are here. It didn’t matter that it was my 14th birthday and all I wanted for my birthday was half-decent weather — gosh darn it. Don’t worry, though — it ended up alright because on this birthday, I learned the valuable lesson originally preached by Diana Ross and validated by Phil Collins: “Life’s a game of give and take.”

So although my day was destined for grody weather, I received my very own flip phone! Oh the glory! You’re right, Diana, life is a game of give and take!

It was a green Sony Ericsson TM506, which I only know because I just Googled “sony ericsson sexy green flip phone model 2008 what is it.”

After receiving this token that finally proved that my parents loved me, I glued myself to the couch to figure out how this puppy worked — only to be promptly foiled by T9 texting.

The next step was to name my phone. For those of you planning on having children, the trick is to go with something timeless, not some new age-y horse crap like “Khaleesi” or “Beck.” And so it was that Phillip was given life.

Phillip was the best. He was green! He was indestructible! His ring tone was John Mayer’s Bigger than my Body being bellowed out by my best friend! We’ll call her Nicole, not to protect her anonymity, but because her real name is sadistically Dutch and I want to spare you all the pain of trying to pronounce it correctly.

By our second year together, flip phones began to disappear. Nicole and I spent hours trying to sync her iPhone up with other gadgets, for which our success rate was somewhere between “the French invasion of Russia” to “the German invasion of Russia.” Although Phillip may have been run-down, at least he didn’t keep auto correcting my name to “Haney.”

By our fourth year, Phillip had amassed a contacts list so large it could realistically be mistaken for the census data of a small country.

By our sixth year, the call and hang-up buttons were running on a delayed reaction time ranging anywhere from 10 to 982,823,894 seconds. At this point, Nicole and co. were on their second or third smartphone, claiming that they needed — get a load of this — actual, functioning utilities.

Alas, Phillip and I had to part ways last year. Although he was the duke of durability, the demands of my work proved too much. Thanks, [name of company redacted]. But Phillip will always have a place in my heart. Just like arterial plaque. Or an indestructible cockroach. Or the horrible screeching of an eighth-grader singing John Mayer.

¹My friend mentioned in the first line is a wonderful person. Also, do not say this word.