The Dingbat: A letter from the fifth-year in your first-year elective 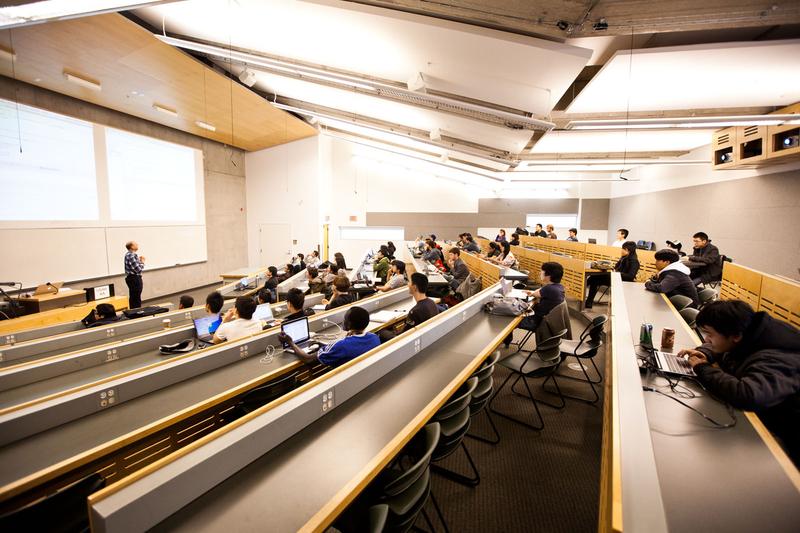 Before I forget, could I please borrow your notes from last class? File Geoff Lister

Using one’s victory lap to take junior electives and shit on everything people outside your major care about is a rite of passage at UBC. There’s a weathered fifth-year in all your classes — and this year, it’s me. I thought it was time I cleared the air.

Not all of us are here because we failed. I was told by my academic advisor that I had to take electives outside of my major concentration or she wouldn’t let me graduate. So here I am, being held hostage by the administration, not having done any of the readings and relying on four years of a political science and international relations degree to make nonsense comments in this class about witch history.

Just because I’m in my fifth year doesn’t mean I don’t remember what it was like to feel the burning desire to insert my comment into every possible discussion for those sweet, sweet participation marks. It just means that my four-plus years of binge drinking have subdued the urge enough that I sit in the back sighing until there’s a chance for me to shoehorn knowledge from my major into the discussion.

Oh, you hadn’t considered how, exactly as Foucault kind of touched on, Wicked exemplifies the neoliberal commodification of the supernatural and how Glinda is the panopticon? Neither had I until I came to this evening’s lecture tipsy just to flex on you first-years who can’t buy alcohol.

I already made it clear when we did class introductions in the first week that I’m here for general elective credits and not much else. Expanding my academic horizons? I have five grad school applications and the university experience UBC promised in its brochure to cram into this semester; the only thing expanding will be my ego when one of you asks if we’re allowed to plagiarize and the TA and I exchange knowing looks. Odds are she’s only a year older than me and I’ve probably slept with one of her roommates during my degree, so we’re, like, pretty tight.

Even though I’m just along for the ride in this class that will determine if you get into your preferred major or not, I don’t think I’m better than you more than a few times a week. I long for the days when nothing I wrote for a class mattered and professors didn’t know my name so they couldn’t be disappointed in me personally. Those were simpler times and I should have cherished them before I knew the hell Chicago-style citations would wreak on my thought patterns.

Before I forget, could I please borrow your notes from last class? As a thank you, I’ll glance at the term paper you’re going to call your mom to cry about anyway.

The Dingbat is The Ubyssey’s new humour column. You can submit completed pieces or pitches to Angela O'Donnell at a.odonnell@ubyssey.ca.