99 things to do at UBC: The engineers drank (and sang) me under the table 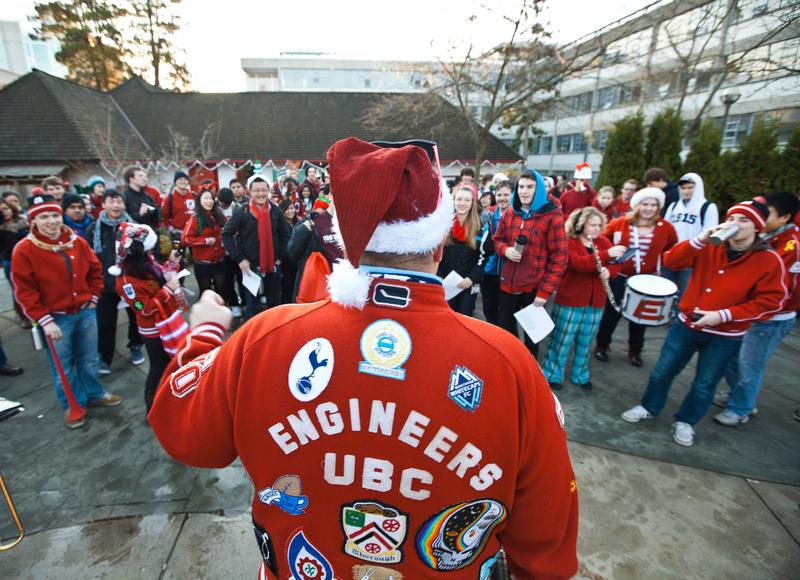 This may be the only time of the year being an engineer looks fun. Geoff Lister

#91 – Go carolling with the engineers and get drunk before 9 a.m.

Christmas Carolling with the engineers is booze soaked and loud.

The day started with me getting up at 6 a.m., which hits the nail right on the head of times I don’t want to get up at ever. Apparently, people do this as a “part of a routine” — I was shocked to see that even when the sun had not come out, people were awake and doing things in a way that suggested they were used to it.

I felt bad for them.

But what I was doing was much less normal. I went to bed early and got up at the crack of dawn, so I could join a parade of drunk engineering students singing Christmas standards.

If you had asked me when I was 13 what I thought university was like, this is basically what I would have said.

I got to the event at around 8 a.m. and the parade was already in full swing. At least a hundred of the infamous red jackets came pouring down Main Mall, bellowing “Let it Snow.” As soon as the crowd got near, the smell of rum and eggnog hit me. 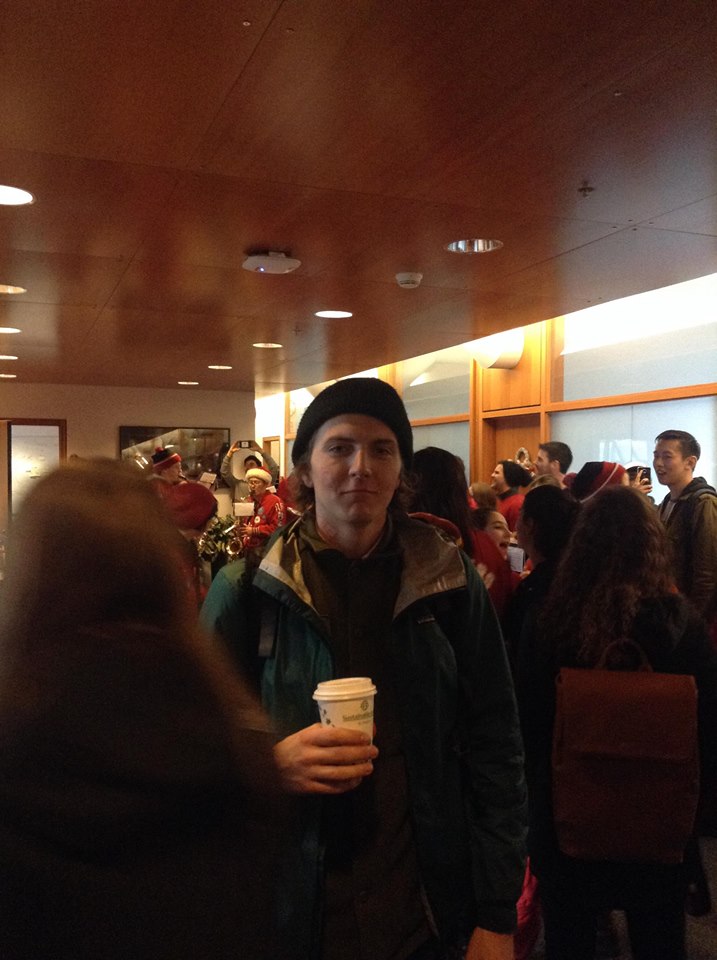 This is the earliest I’ve ever felt this “cheerful” in my life. “A cheer fairy.”

I soon found some friends to help me understand the traditions of the event, but the first thing they told me was that I needed some “cheer” in the form of “spirits” — whether that meant holiday spirit or liquid spirit, I may never know.

They flagged down one of the many “cheer fairies” and got me to kneel on one knee and drink something from the top of a staff. I won’t disclose what it was, but I will say it was spicy, cinnamon-y and reminded me of high school.

Engineers sure do love their chants — the most important of them being about drinking 40 beers and a 26 of rum.

It doesn’t take long to learn the chants because they’re repeated every three freaking minutes — they got drilled into my brain quickly and I’ve been singing them under my breath since Friday.

After some sips from a few opaque vessels full of some strong liquids, I looked at the time again: 9:36 a.m. This is the earliest I’ve ever felt this “cheerful” in my life and I was taking it easy compared to others.

This also might be a good time to mention I’m about as far from an engineer as you can get, because I’m an English Literature major. I read old novels, write dumb articles like this and my parents are worried about my future — I need to be reminded of the difference between mechanical and civil engineering on the daily.

We continued to march through the residences, engineering buildings and whatever door that seemed to be open. The songs got sloppier, but more intense as we went. There was about one song everyone knew all the words too, which was “Rudolph the Red Nosed Reindeer,” the rest were mumbled until they got to the big hooks, which were hit with zealous confidence.

It was around 11 a.m. when I decided my time with the engineers had reached its logical conclusion.

I said goodbye to my new-found friends and went on to begin my day with a buzzing head and a sore throat. I spent the rest of the day chugging coffee trying to counteract my dumb decisions.

This may be the only time of the year being an engineer looks fun.