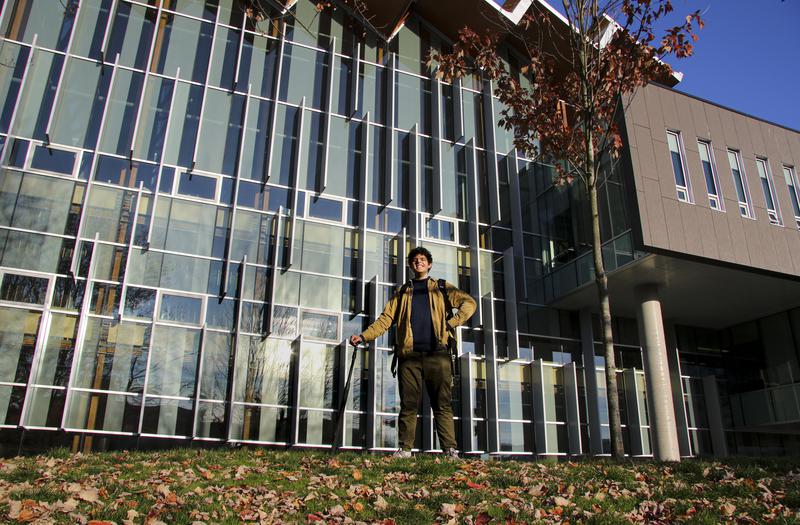 When Unifor — the union that represents bus, SeaBus and maintenance workers in Vancouver — announced the strike, the city entered a state of panic.

When we found out the bus drivers would just stop wearing uniforms, the general reaction was along the lines of “Oh, that’s it?” But the strike is ramping up in scale.

At the time of writing, buses are set to cease working on the upcoming Wednesday, Thursday and Friday. Students have come to rely on public transit so much it is hard to imagine what will happen without it. Some can drive, some can bike, some live on a residence, but most of those options can be expensive and dangerous.

On the other hand, walking is reliable. Walking is never cancelled. People have been walking for thousands of years.

I walked to school and wrote down some tips so you can too.

Make sure to plan

UBC is remote from basically every home in the city, so it is improbable that you can pull off a walking commute without ample preparation.

I calculated the distance of my commute to be around 13 kilometres, which is 160 minutes of walking. I would have to wake up at 6:15 to arrive at my class on time. Unfortunately, my alarm clock was not plugged in, miraculously I still woke up on time. This stroke of luck is an auspicious omen that walking to school is what we are truly built for.

For a trek like this, it is key to bring not just school supplies, but also survival supplies. I’d recommend bear spray, a flare gun, a tent and an axe. I departed at 6:50. The sky was still a navy blue. All I could hear were the cars whirring by and my teeth chattering.

It is crucial to know your route and stick to it. I didn’t even bring a map. Google Maps can go on strike too, it is best to not rely on anyone.

Initially, you can navigate yourself. You can walk confidently in your neighbourhood. Everyone has a sense of where UBC is, but actually getting there is a different animal. In my hubris, I decided to walk from King Edward Street to 10th Street. I thought it would be simpler since 10th street goes all the way to campus. Foolish. The area between those streets is cursed. The wealthy warped the streets into a perverse labyrinth to taunt the common folk. 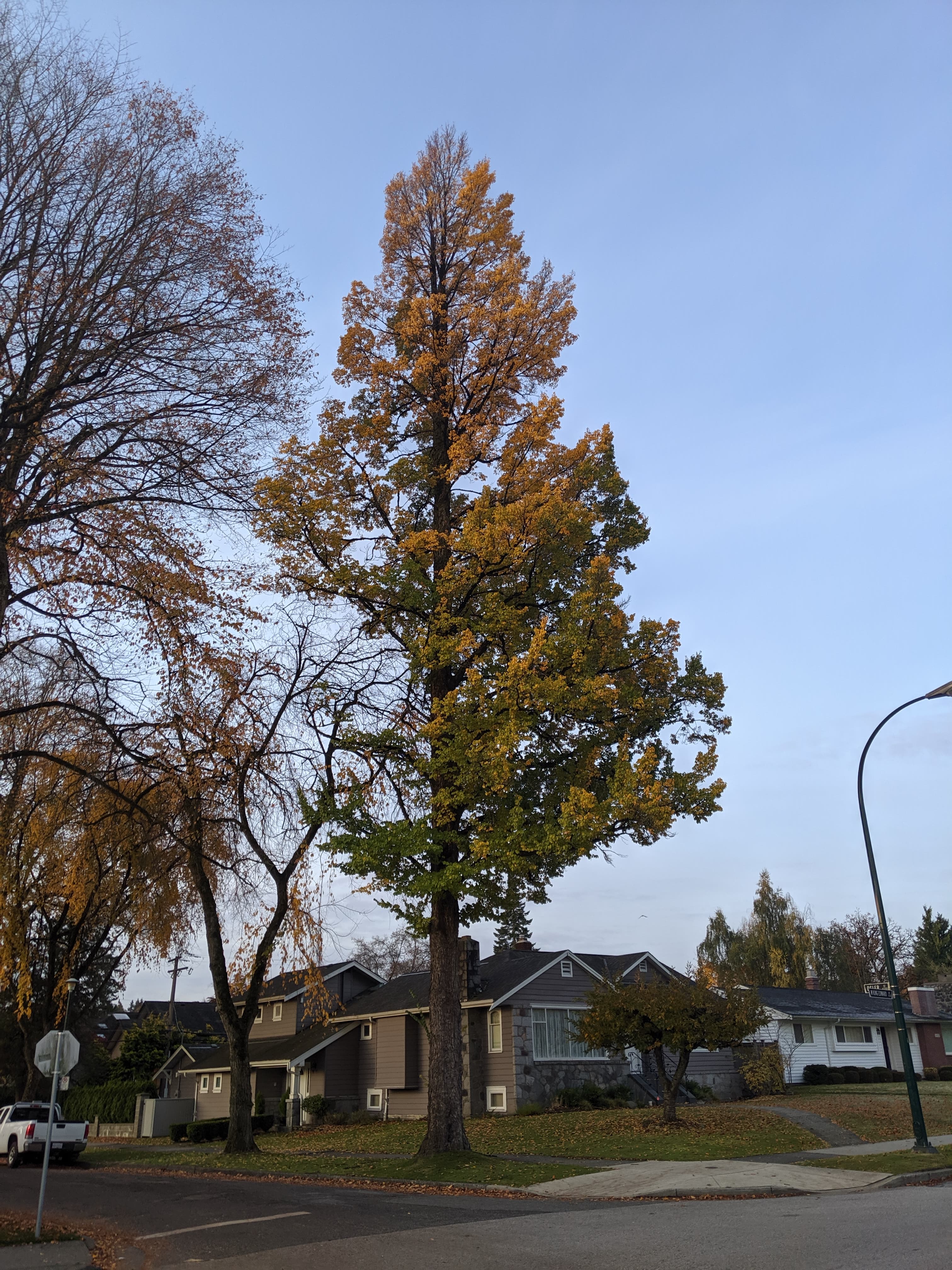 I arrived at my lecture 94 minutes late, the next class was already in full swing. I wasn’t interested in sticking around in a class I wasn’t in just to learn about tectonic plates. After walking for 3 hours and 56 minutes, I ended up empty-handed. I could only blame myself, “Maybe if I didn’t stop for coffee, maybe if I asked for that muffin to go, maybe if I brought a walking stick.”

My inattention cost me — don’t let that be you, stay on track.

After a couple hours, the lustre of independent transportation wears off, maybe you even get lost. All of that is okay. You will get there. If you’re going to walk a couple of hours, you might as well enjoy the view. It feels strange to watch the city change as you walk. Vancouver feels different when it is stretched before your feet.

Two hours into my expedition, I found a port-a-potty with “bird” on it in hot pink spray paint. It could have said “bulb” actually, it was not very clear. The city is full of fun secrets waiting to be unmasked. 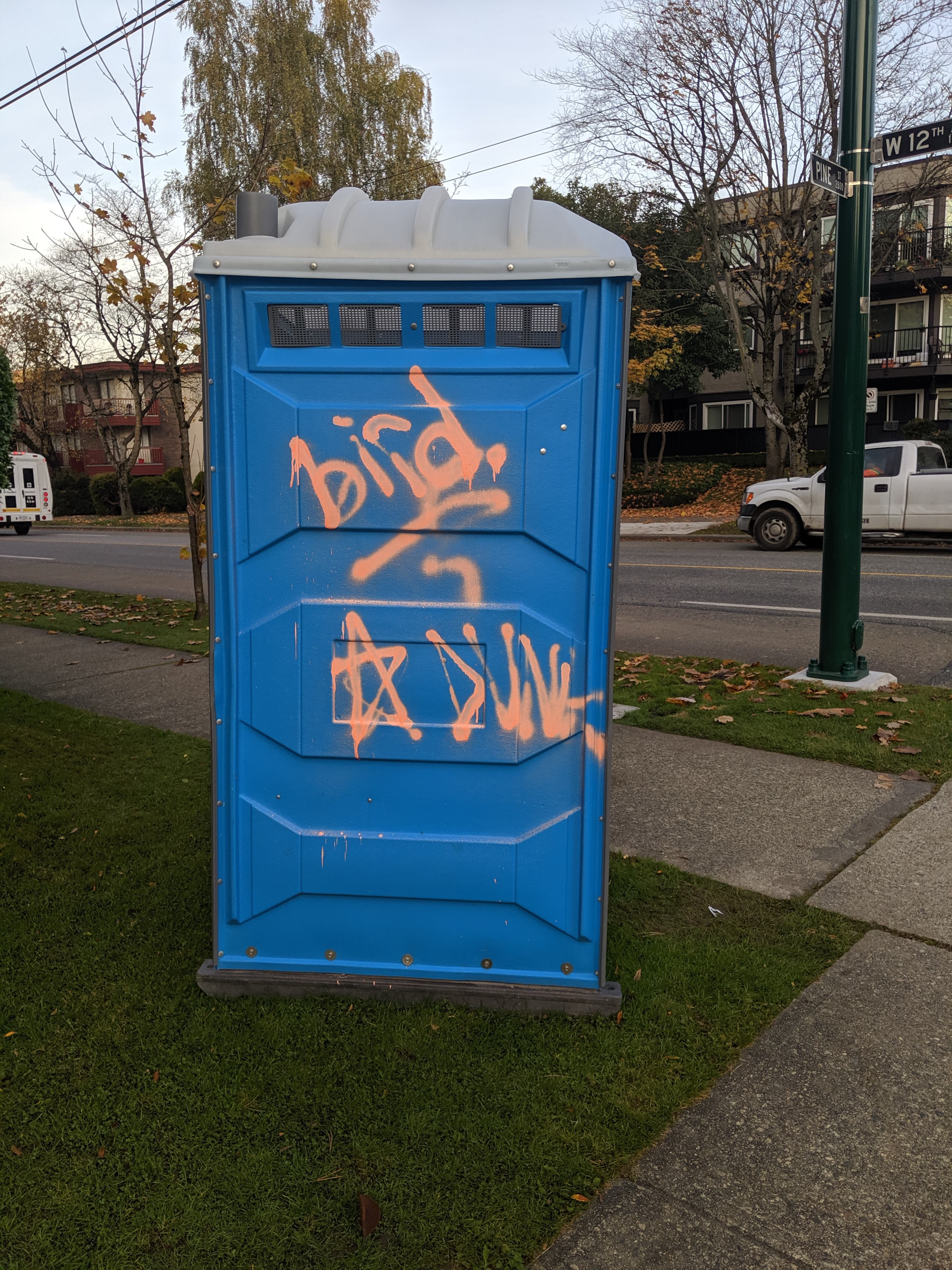 It was not very clear Jonathan Harris

According to Google Maps departed bus history, 79 99 B-Line buses passed me by during my stroll to school. Each of those 79 buses tempted me with a promise of warmth, of comfort and of getting to class on time, but I refused each. I got sick of seeing buses. I hated them. I was glad to be walking, alone, free. 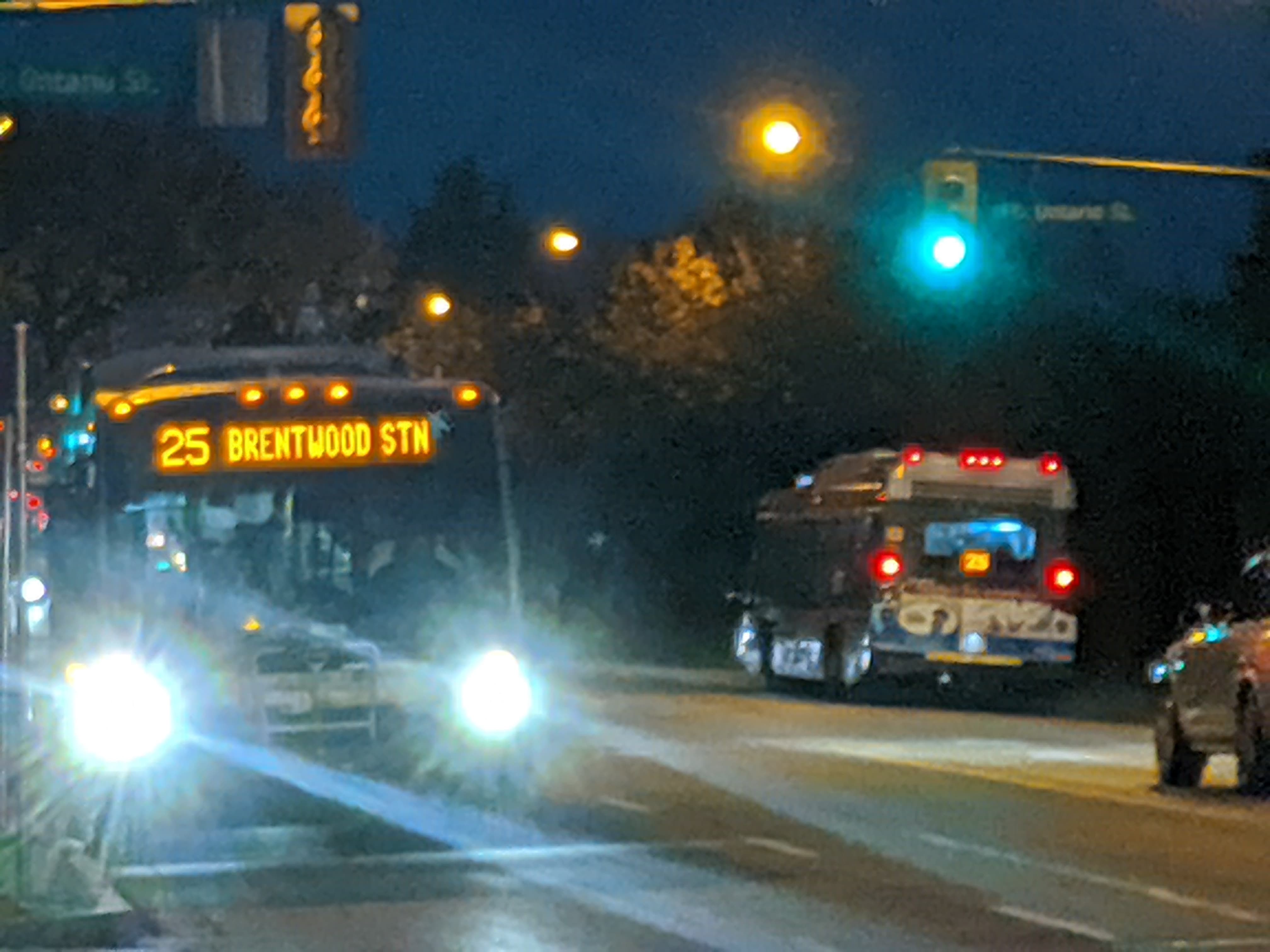 I hated them. Jonathan Harris

You need something to keep you moving forward, something bigger than just going to class.

My rage towards Translink kept me moving, but there are a lot of options. You can be driven by a friend needing your help, by wanting to see a cute classmate or even by a gentle reminder for how much you’re paying for this class.

The road is long and hard, but you can make it. Good luck.