Tonight's your last chance to get into the Hotline Bling box 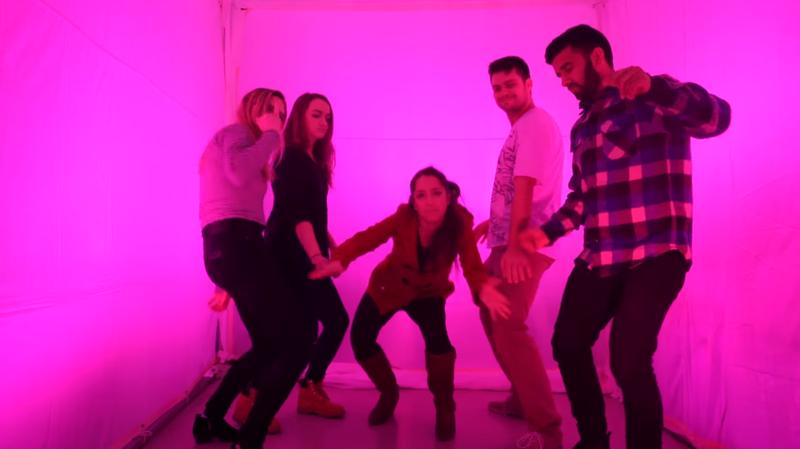 Get a reputation for yourself now. Screenshot via YouTube

The AMS Events team, The Calendar and Dive into UBC have constructed a giant set filled with different colored LED lights so you can dance terribly to Hotline Bling.

Dive into UBC approached the AMS with the intention of filming 200 ten-second video clips of students recreating Drake’s latest music video. With their final product, they plan on tweeting at Drake every three minutes for 12 hours straight to try and get him to campus. The three party planning clubs all collaborated with one another in order to produce such a spectacle.

“Once you go in there, it’s a whole other perspective,” said Alexandra Mann, external relations coordinator for The Calendar. “I have to give credit to Colin Williams, the videographer, spending hours on end in there. Not one club could have done all of this without the other."

Students are lining up, singing along and dancing while waiting for their turn to be filmed in the bling box. Anyone can participate and AMS, Calendar and Dive into UBC are encouraging everyone to partake.

"It’s a good and fun way to bring the campus together – that’s our main goal," said Kelsey Racich, incoming co-event director of productions for The Calendar.

And they’re doing just that – while their goal is to get Drake to campus, the purpose of the video is just to plan “another fun campus event,” according to Bailey.

All three organizations worked together in order to make this video the real deal. With the event plastered over their social media pages, the #UBCHotlineBling hashtag has become quite popular on Twitter and Instagram as students post their videos and pictures from the event. “This is the cool stuff that UBC actually does together,” Racich added.

Tonight will be the last chance to get into the Hotline Bling Box at Pit Night in the SUB from 9 p.m. to 12 a.m. It'll be a Drake-themed night, so bring out your best turtleneck sweater, gold chains and your dad's dance moves.