The five different types of people in a breakout room 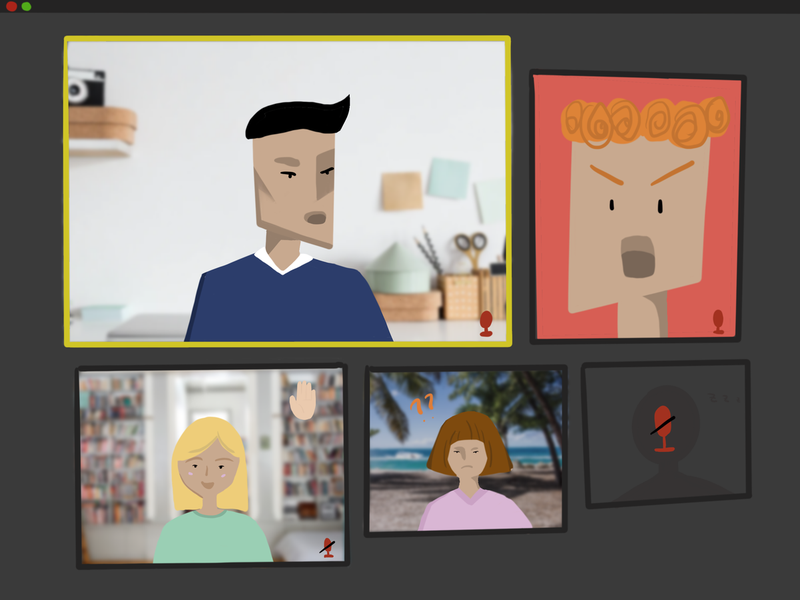 Found in either your philosophy, political science or history class, the Devil’s Advocate always has something to say. Ariel Qi

Ah, yes. The infamous breakout room. As students in this age of Zoom and Collaborate Ultra, we all have a love–hate relationship with them and it’s all dependent on what kinds of people we’re grouped with. I’ll be breaking down the five most commonly encountered types of students in your breakout groups.

As soon as we all awkwardly pop into the room, anticipating yet another dreadful session of silently staring at one another, the Leader is the first to say hello. This student is the one to guide the conversation, fill the awkward silences and is most likely the one to validate or build on your answers when no one else will. You’d probably trust this person with your life.

Found in either your philosophy, political science or history class, the Devil’s Advocate always has something to say. Be it a controversial thought just for the sake of argument, or even a blatant challenge of your own thoughts, they just love to stir up some controversy. The entirety of the breakout room is usually spent on a rant of theirs, as they impose their hot takes and opinions on us all. No one really cares to listen.

I’m guilty of this, and you probably are too. The Ghost is simply not there. Gone. Missing. They are like an ominous presence in the corner of your breakout room that just makes everyone inexplicably uncomfortable. With both their microphone and camera off, you can’t help but wonder: what are they really doing? Are they even behind their screen? Yet another one of the world’s greatest mysteries.

I have conflicted feelings about this kind of student. Yes, they fill in the silence with their words, but they basically just rephrase what everyone else says and don’t really add anything to the conversation. They’re just there to agree with everyone and are also the type to take your ideas and pass them off as their own in the main room. Not cool.

Let’s be honest, we’ve all been here at some point. Let me paint the picture for you: you’ve zoned out mid-lecture, you’re enjoying your daydream, when suddenly, you’re thrown into a breakout group discussing a grand, complex issue. You do one of three things: one, admit you have no idea what’s going on and get a good laugh; two, try your best to contribute from what you know; or three, morph into the Ghost, never to be heard from again.