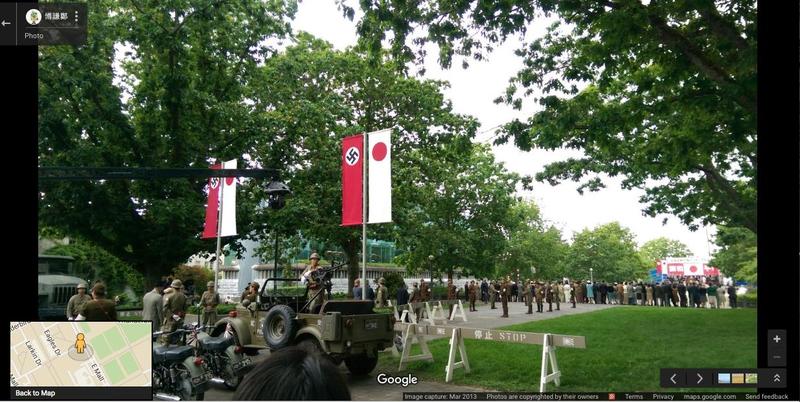 The flags were from earlier this year, when The Man in the High Castle was filming on campus. Photo courtesy /u/Rivolver on Reddit

If you look at a certain spot on Google Street View, you'll notice something a little odd — Nazi and Japanese flags, along with army vehicles, lining Main Mall leading up to a giant podium filled with more of the same.

You can relax, campus is not occupied by World War II Axis powers. It's a shot of the set from The Man in the High Castle, the Philip K. Dick novel-turned-TV-series about an alternate timeline in which the Allies lost WWII, which was in the midst of filming this past June.

As /u/Rivolver implies on /r/UBC, his friend came across the spot while looking around campus on Google Maps. Interestingly, though, the profile picture on the screenshot matches that of the person who uploaded and geotagged the photo. Hm.

Hopefully the university or Google can fix this before prospective students get a very wrong idea of what UBC is about.