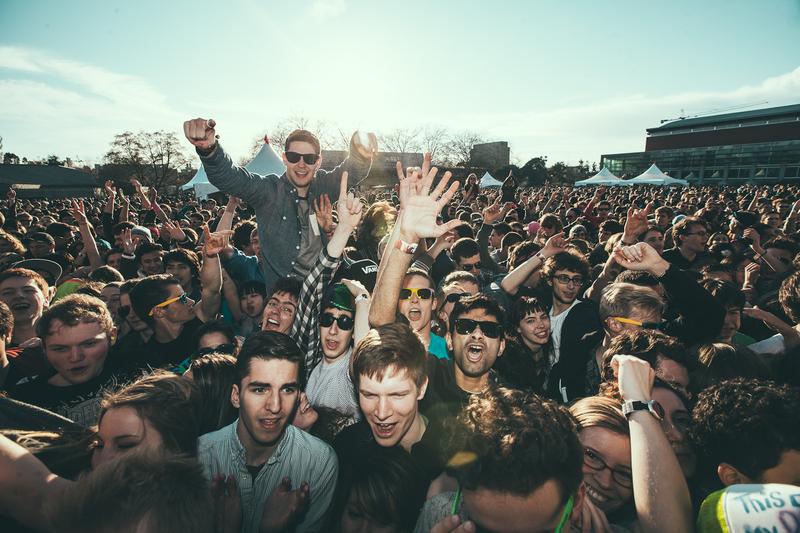 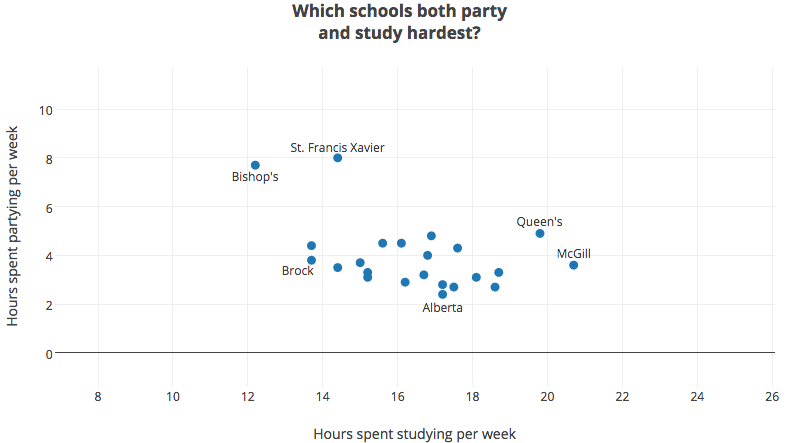 Which schools both party and study the hardest? MacLean's

In comparison to our east coast contemporaries, UBC spends 17.5 hours studying — placing sixth out of twenty-three — and a measly 2.7 hours partying, tying with the University of Waterloo for second last and beating out the University of Alberta by 0.3 points.

UBC tied for twenty-first out of twenty-three so it's time we step up our cumulative partying hours. According to Wikipedia there are 98 universities in Canada, so we're basically in the top 20 per cent in the grand scheme of things — if we pretend that MacLean's polled the other 75 schools and UBC beat them all.