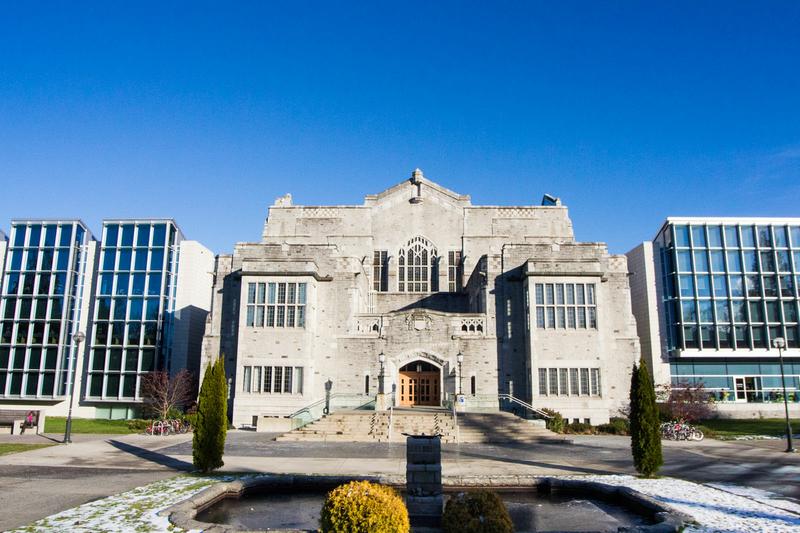 A university’s motto can say a lot about the school. It’s a mission statement created at the inception of the institution that is meant to to guide the school’s journey through the ages. Some strike you with their deep religious origin or historical significance, and others don’t make any sense. This is our non-comprehensive list of universities ranked by their motto. After having read this list, you will be able to find the perfect university to send your child to if mottos are all you care about. This list leaves a few universities out, as we couldn’t find a consistent motto for every single post-secondary school. We are also demonstrably unbiased because we didn’t make UBC number one.

Translation: I will lift up my eyes

Cool, if it was a Mumford and Sons (MaS) lyrics. Get with it Calgary, everyone thinks MaS sucks now.

Translation: As a tree through the ages

Lamest Walt Whitman poem ever. I Loafe and invite your soul to think of a better motto.

Like a how-to-guide on how to live in the 1700’s. What else are you going to tell me to do spend my entire day dodging dysentery?

Is this a physics thing? Because last we checked, matter was everywhere.

“As one who serves” (English)

Translation: By the grace of God, to no one equal

This one is very confusing. God is making us … unequal? Darn.

Translation: For God and Country

Pardon? What does this mean? Is this a riddle? Uhhhhhhh, the doctor was his mother.

Translation: With mind and skill

That’s actually how most things are done, yes. Try a bit harder.

Translation: How well, not how much.

MRU’s tuition seems to be at least $1,000 more than UBC’s, soooooo cool I guess.

Translation: By work, all things increase and grow

Did we mention facts make bad mottos? This seems like a pretty no-brainer statement. It’s also very similar to Ryerson’s but ranked slightly higher because someone who goes to McGill could probably kick my ass.

This one is kind of like an instant coffee ad, but it makes me sleepy.

One of these things is not like the other.

That’s really all we can hope for from a university education and like, learning how to smoke a joint without coughing a lot.

Translations: “Let there be light” and “A multitude of the wise is the health of the world”

Two mottos??? Pick one! A multitude of the wise?? That’s going to be hard to find at any university let alone UVic.

Translation: Wisdom and knowledge shall be the stability of thy times

HA! Ahaah hhahha [cries for a million years]. This also seems like something a milquetoast president would say.

Translation: What You Do, Do Well

While the idea behind this motto is good, it seems like something that your dad would tell you after sharing your first beer with him. This is why it is firmly “meh.”

Translation: We are ready

Ready for what SFU? For playing second fiddle? For being on a mountain? BE SPECIFIC!

Fitting for an art school, where all three of those things are utilized to create what the common man calls “art,” but seems to be lacking creativity.

While a strong stance for a university, what happens when truth loses Laurier? It seems it’s forgetting that sometimes bad things happen to good people.

Translation: Dare to be Wise

“I dare you. I dare your lame ass to be wise.” We love the confrontation inherent in this motto, but it does make you feel like you’re being verbally accosted.

Really kicking it up a notch here U of W. Who could disagree with this? I know who and I dare not speak his name.

Translation: The way must be tried

Using a variation of the word “try” is dicey territory, but York sticks the landing. It loses points for reminding the reader of Fastball’s song “The Way.”

Translation: It is yours

Abstract, thought provoking and slightly unclear. Although the “it” could potentially be referring to the crushing amounts of student debt.

“Ours the Task Eternal” (English)

In terms of scale and gravitas, this motto is very successful. The eternal task of living in Ottawa is definitely worth the mention.

SIMPLE. So simple. It’s great. Just flourish in Manitoba like all the insects that flourish in the many lakes.

Translation: Teach me Goodness and Knowledge and Discipline

This is just an instruction manual for university, but again, lacks pretences. It really lets the people know what they’re getting into.

A simple statement, but made cooler because the fact that it’s in Scottish Gaelic is, like, sick

Translation: Speaking the truth in love

Excuse me, Shakespeare, You’re done. This is the new best piece of poetry in any language on the planet and it’s describing a university in Manitoba.

Translation: God is the Master of Sciences

Like, super hardcore. A simple statement of God’s power over the sciences is awe inspiring, weirdly obvious and hilarious. There should be a mandatory policy at the UOO where you need this tattooed on your arm.

Translation: Launch forth into the deep

What is the deep? Why should we launch forth into it? It doesn’t matter, as this call to action would stir us to follow this little known university and launch forth into the deepest of deeps no matter what. Obscure, specific, universal and thought-provoking. The deep can be understood as so much, the pain of life, the horrors of post-secondary education or living in St. John’s Newfoundland. And we aren’t just walking into it, or even journeying into it — we are implore to launch forth into a web of unknowns. The motto doesn’t even suggest that we’ll be successful — we probably won’t be — and we appreciate that honesty.

I could not confirm the university’s motto with them, so they have no official to rank.

On the French language Wikipedia page, it lists "Small planet, big thinking" as the motto. So, if this is the official motto, it seems more appropriate for some shadowy globalization-y corporation. Also it makes me think of Little Big Planet and sackboy gave me nightmares.