What’s filming in The Nest this week? 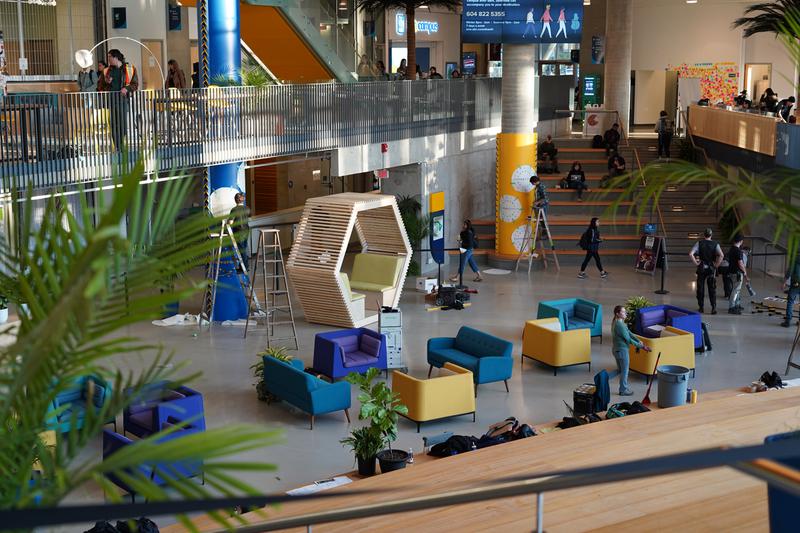 This seems like another one of the likely scenarios. Tristan Wheeler

As you may have noticed, the Nest is full of random furniture, palm trees and people decorating what some might call a set. There are giant glossy letters outside that read “SPQR Point” along with a smattering of twee chairs that indicate a major departure from The Nest’s typical decoration of glossy signage and slightly less twee chairs.

But what exactly is filming in The Nest this week?

The Jaws movies are typically about a ne’er-do-well shark doing battle with brave Americans. These movies typically that take place in an idyllic New England island town, but they have been known to venture to other parts of the world. So, one of the more likely scenarios is that they’re filming a movie where Jaws (the shark) decides he’s had enough of the same old same old and evolves himself a pair of legs and starts eating people on-land.

This is based on nothing. But it would just be cool to see a person do a backflip then, like, kick someone next to Pie R Squared.

Theory 3: They aren’t filming anything

As a means to bring notoriety to UBC, Santa Ono and his people may be setting up this mock set to make it look like big-shot productions are drawn to campus such as the cinema classic Good Luck Chuck starring Dane Cook, a movie Roger Ebert called “potty-mouthed and brain-damaged.” This massive psy-ops project would of course lead to increased pride in our university, as well as a distraction from the hell of finals. A perfect plan.

After some investigation, this seems like another one of the likely scenarios. This show’s first episode is airing in the new year, and it seems that the show will be about a computer programmer who can hear people’s inner-most desires through song. The show is set in San Francisco which fits with UBC’s history of looking like other places in cinema and TV. Some notable actors in the series include Mary Steenburgen, Jane Levy, Lauren Graham and Alex Newell.