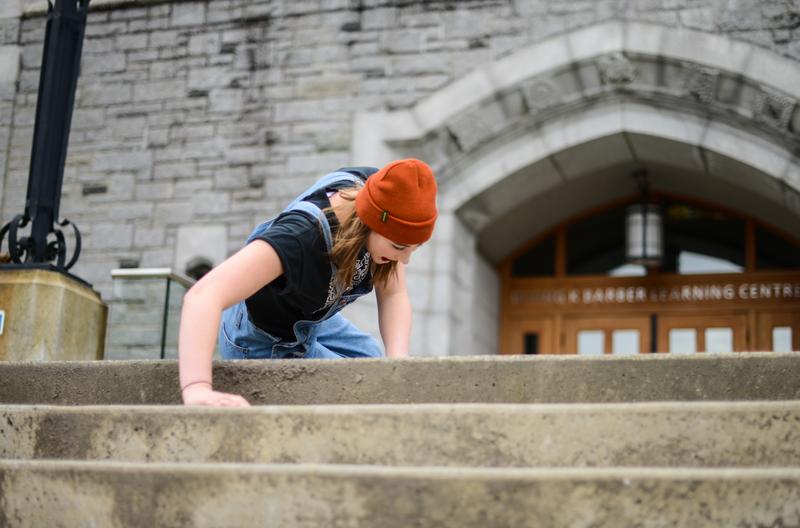 In an outcome that surprised nobody, Alan Grant, the smelly, jobless hippy, was evicted from Irving after multiple noise, sanitation and safety complaints were made by me, and presumably others as well.

Grant, who is a third year student in the faculty of Forestry, was forcibly removed from the building after trying to wash himself in the men's bathroom.

“What the hell? I’m washing my hands,” said Grant as he was tackled to the ground by a volunteer weekend campus safety deputy (me).

Grant’s acquaintances admirably tried to cover for him.

"What? No, I live with Alan. He was just studying there," said Hilary Brown. "Though he was considering living in Pacific Spirit for a bit. He's always liked it in there. Says it's ‘the real classroom."

Grant was last seen hauling the mangy poncho he probably uses as a blanket and his tattered NPR tote bags full of books out of Irving as students and faculty watched on. As he left, long hair and beard swaying ominously, he was overheard mumbling the word "fascists" everytime I hit him with my nightstick.