The Ubyssey is fake news 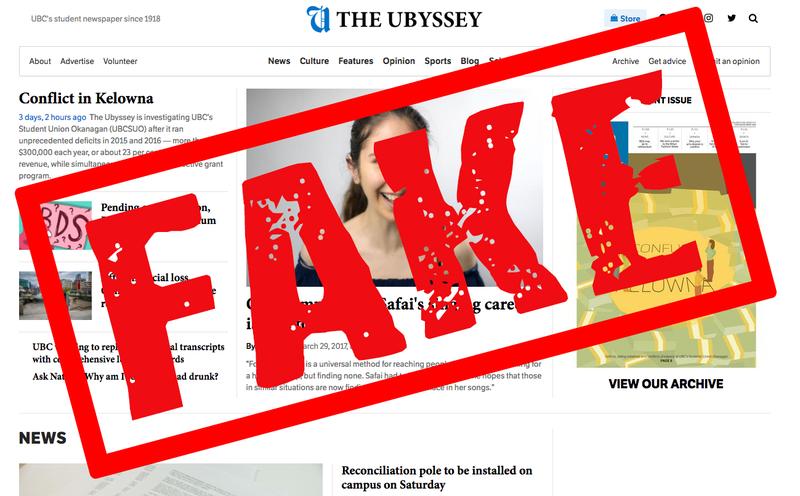 As many of you know, the main media outlet at UBC is run by globalists. And like all liberal biased media, The Ubissye, UBC’s campus newspaper, is guilty of publishing fake news.

In response to an question asking how to keep the “spark” in a sad boring relationship, The Ubsyssy’s advice columnist offered the advice “if you hate the pattern, break it” and encouraged the desperate sad person to try new things. This is false advice. Never try anything new in a relationship. You just have to run that boring shit into the ground until both of you are having affairs with your secretaries and haven’t had sex with each other in over three years. That’s what real love is.

As if this were not enough, the Yubuhszyszy article about the bus loop closing had a number of flaws. First off, the article stated that the closing of the bus loop would affect major bus lines. As this does not impact the number 14 bus however, it cannot be true, as this is the bus I take and therefore the only important one. The article later stated that pedestrian routes would be affected, something which, again, is not true. Yes, the pedestrian routes are technically closed but that doesn’t mean it has to affect anyone. For example, students wanting to save time can do what I do when faced with a construction detour by driving my mom’s Yaris straight on through.

For these reasons, I get my campus news solely from UBC Confessions, Squirrels of UBC and my friend Steve who says Satan Ohno’s Twitter is run by lizard people.