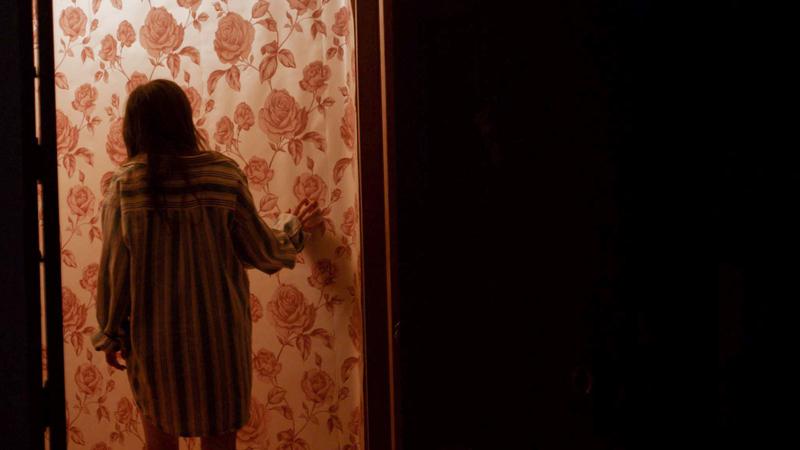 Cadence is about the eponymous protagonist whose memories are fragmented by trauma and her efforts to protect herself. It is a journey through her psyche which makes her and the audience question what identity is. The entire film is based in Langley, where Lasheras grew up.

The portrayal of Cadence by Maxine Chadburn is raw and powerful. Through her characterization of the protagonist, emotions rocketed up to a wild exhilaration and happiness, then plummeted down to uncertainty and confusion, where truth and lies were inseparable.

The film is a quiet rumination. Although it falls under the genre of a thriller/horror, it is really more self-reflective at the film’s core. While there are some graphic details within the film, there were also a number of subtler elements that made Cadence more subdued and mature.

“It’s not a conventional film by any means,” said Lasheras. “We had so much trouble categorizing it and finding a genre because I think it’s different.”

Cadence was completed after it made over $10,000 in crowdfunding. While budgeting is usually an issue for filmmakers who are just starting out — especially when dealing with shooting locations — Lasheras found it beneficial to stay in the same place for this particular film.

“Once you watch the movie, it doesn’t make much sense for us to have left [the farm]. I don’t think the audience would ever question ‘why are we still on this farm?’ as they’re watching the movie.” he laughs.

When asked about if he saw himself in Cadence, Lasheras said, “I think it’s inevitable, if you’re making film and you’re not constrained by the studio [nor] other interests, that your artistic voice or piece of identity is going to come out.”

Lasheras’s process in producing the film began unusually by starting out backwards. “In my mind, I started writing backwards. I found the ending for the film with the little girl [from the Bernard family whom I met] involved in the last section of the film. Then I came up with the first chunk — the main chunk of the film — that doesn’t involve her and that would be the Cadence movie.”

As a former student of BFA program at UBC, he confessed, “I feel like UBC can have a cold atmosphere unless you find a group, or a niche, or a home within this very big campus. At least, that’s what I felt in the first couple of years.” He continued on to say, “I never felt like I was home at UBC until I got into the program — that’s when I felt like I had a family.”

To current BFA students, Lasheras advises them to keep making art and keep putting stuff out there. “You have to get used to being rejected. It’s probably the hardest part about being human too. You can’t take it personally and that’s the really hard part too.”

After VIFF is over, Lasheras wishes to complete a project with a budget. He joked that he would love it if somebody came up to him in the festival and helped him fund a project. “At the same time, I’m also being realistic. I’m preparing myself by trying to do something lower-budget. Maybe that would involve myself as an actor or my grandma, like a comedy.”

Cadence will premiere at the VIFF from September 29 to October 14.