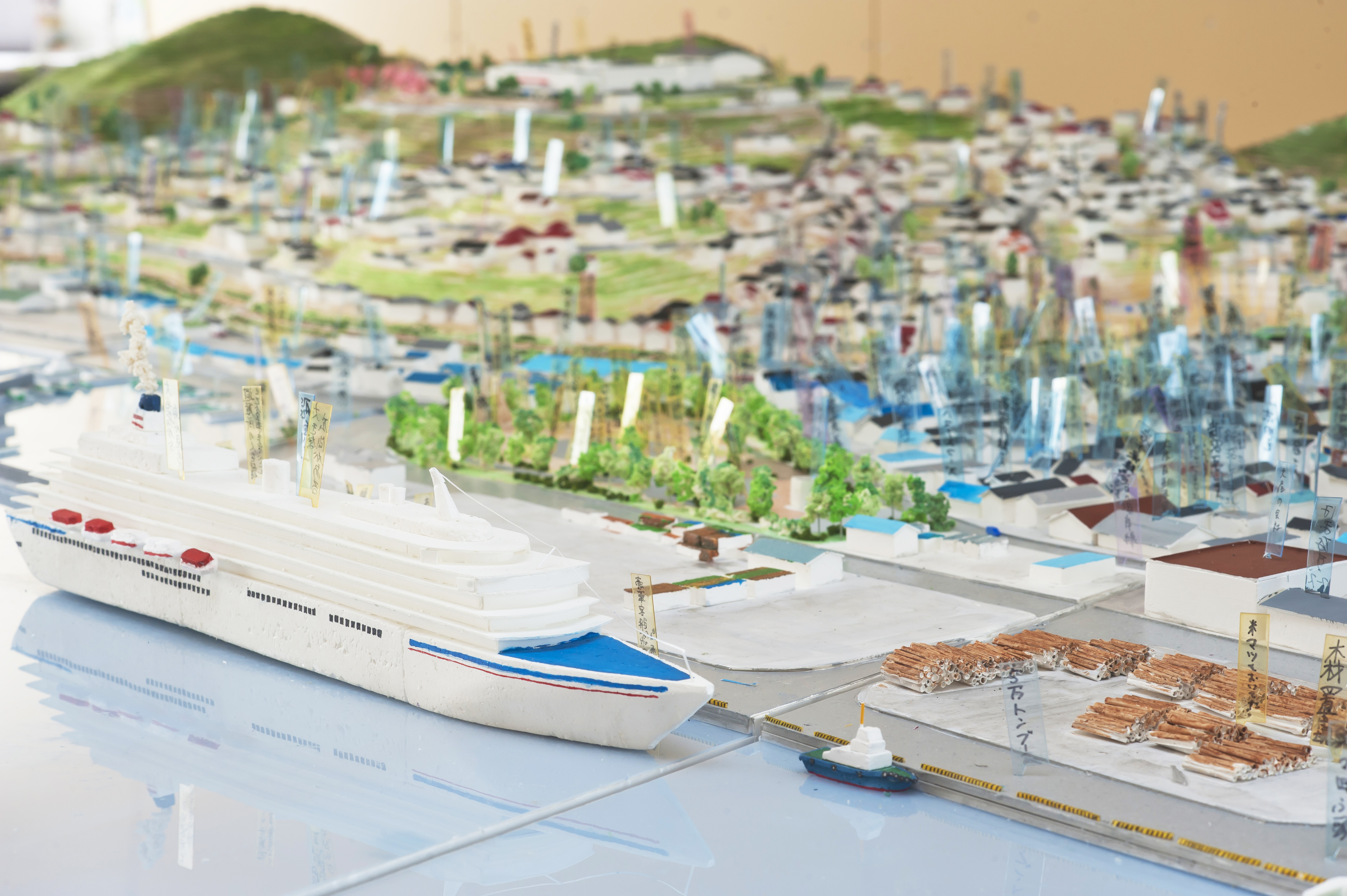 A Future for Memory feels like an exhibition designed for those who are already intimately familiar with the 2011 triple disaster.

In the centre of a huge white room sits a paper diorama model of a coastal town, roughly the size of three tables put together. It doesn’t look like much... at first glance. The houses are brightly coloured, but there’s no obvious pattern to it. Some buildings are unpainted. Sticking up from houses or trees or a specific hill are what I first took for fancy post-it notes, each with a few characters written on them.

At this point, you might be asking: What’s up with this paper town thing?

The answer is simple: this is the memory of a town from before the Great East Japan Earthquake. Specifically, Ōfunato City, from the Iwate Prefecture.

Those houses were painted by community members who survived. And those fancy post-it notes are filled with stories, names, or memories of Ōfunato City, pre-disaster.

This model, part of the “Lost Homes” Scale Model Restoration Project, is both heart-wrenchingly resonant and easy to miss — much like the rest of the Museum of Anthropology’s exhibition, A Future for Memory: Art and Life after the Great East Japan Earthquake.

A Future for Memory opened on February 11 in commemoration of the tenth anniversary of the Great East Japan Earthquake. This 9.0 magnitude earthquake triggered both a tsunami and nuclear meltdown that devastated the eastern region of Japan — a triple disaster.

However, rather than focus on the devastation and tragedy of what occurred, A Future for Memory seeks to emphasize survivorship and recovery efforts, looking towards nature as an example.

There is power in the way A Future for Memory refuses to engage with images and discussions of devastation, brutality and death. Instead, there are videos of survivors talking about their experiences and models made of towns, pre-disaster, painted and filled with stories by the residents who survived.

Is this reframing powerful and deeply emotional? Yes. It’s also hard to follow at times.

At first, I chalked it up to my general lack of historical knowledge and my terrible memory which struggles with far-off times like yesterday morning or last week. But when a friend who went to the exhibition as part of her history honours class said that she also struggled to understand and contextualize parts of the exhibition, I felt relieved.

A Future for Memory feels like an exhibition designed for those who are already intimately familiar with the 2011 triple disaster. Sometimes the most poignant details are hidden away on the caption for a single photograph, or parts of the exhibition connect through other disasters in Japanese history — so understanding them depends on how much you already know about Japan’s history with natural disasters.

There’s a lot that gets lost in the actual layout of the exhibition space as well. For example, there’s a short hallway along the back wall with photographs from a documentary of the actual disaster areas. The only direct images of the devastation from the 2011 triple disaster are literally veiled off from the rest of the exhibition by a wall — which, metaphorically, is fascinating.

But it’s also easy to miss, especially if you don’t know it’s there.

Overall, A Future for Memory tries to focus on the recovery without erasing the grief. It mostly succeeds.

One of the most prominent parts of the exhibition is a huge wall of photographs from the “Omoide Salvage” project, which seeks to salvage, clean and digitize photos that were swept away by the 2011 tsunami. The photos exhibited here are those that are too heavily water-damaged to identify the owners. 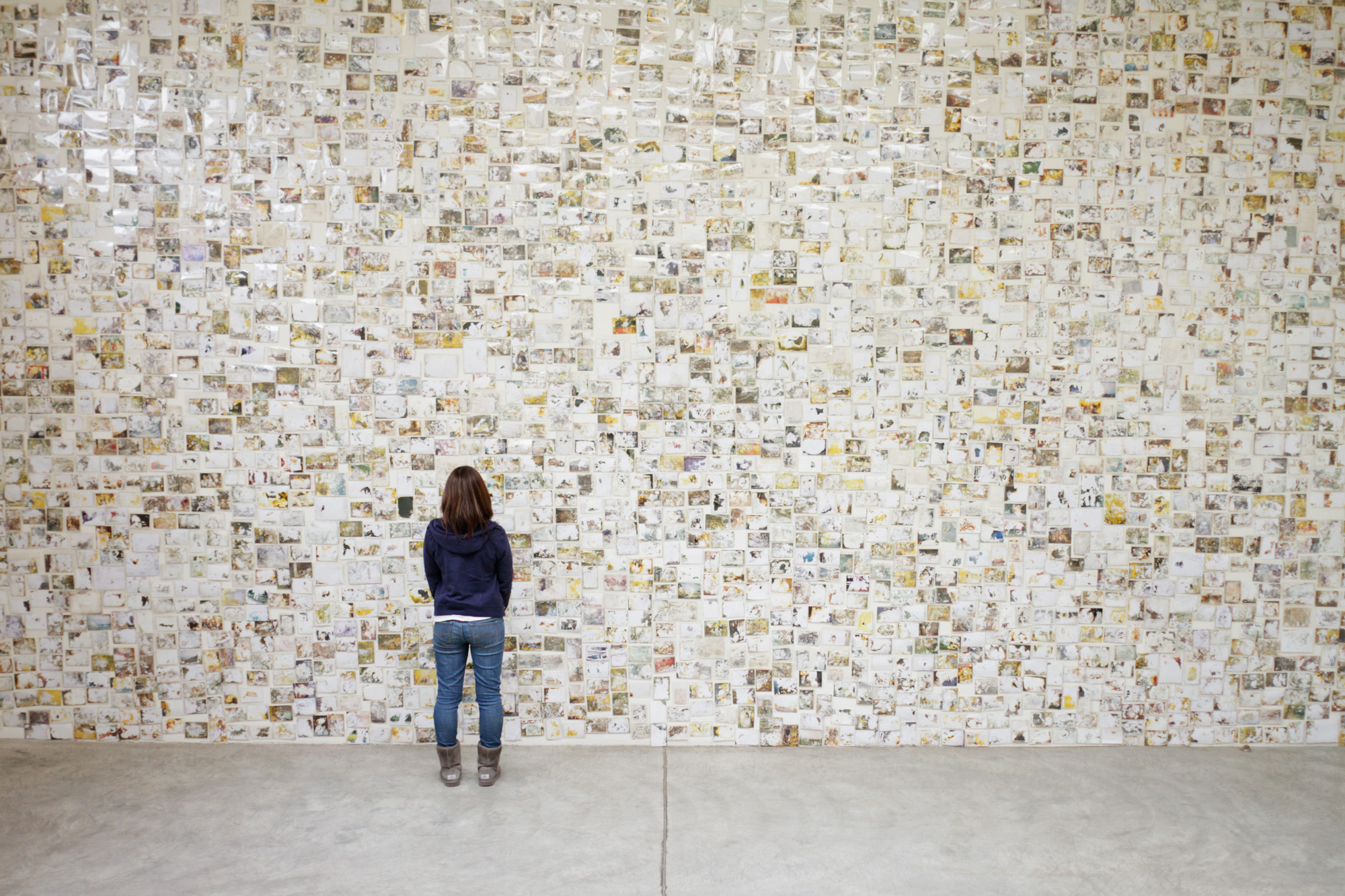 Looking at it reminded me of that Gustov Klimt painting, “The Kiss” — the barest imprint of faces and bodies isolated in swatches of yellow, white, and brown. In front of this wall of lost photos is a book filled with the stories of those who the Omoide Salvage project could reunite with their salvaged photos.

See? There is loss, but there is hope too.

A Future for Memory is open until September 5 at the Museum of Anthropology.