Embracing differences: Artful activism at the intersection of race and sexuality 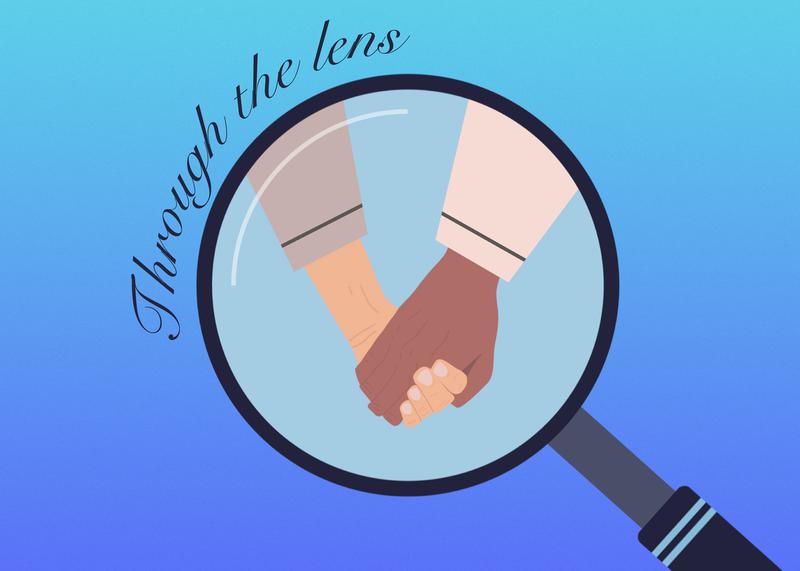 The “Through the Lens” series aims to make the campus a more inclusive and accepting place. Mahin E Alam

UBC’s Equity and Inclusion Office held the seventh part of its “Through the Lens” series on Wednesday, May 12. The series aims to make the campus a more inclusive and accepting place. The event, titled “Finding Artful Activism at the Intersection of Race and Sexuality,” was hosted by Jen Sungshine and David Ng who passionately spoke about their media arts collective, Love Intersections, that primarily produces documentary films centred around the narratives and experiences of Queer, Trans, non-binary and BIPOC individuals.

The name “Love Intersections,” stems from Sungshine and Ng’s belief that despite our differences in identity — whether it be our cultures, ethnicities or sexualities — we are all united by the common language and thread of love.

With this simple yet profound notion in mind, the first film, Finding Queer Origins, began. One part of a six film series, called “Finding Local Stories,” featured Sungshine and Ng interacting with people from their own communities. With a focus on finding a common language between diverse communities and fostering a sense of trust and connection, the film emphasized the importance of local stories. Sungshine and Ng highlighted the value of seeing people as more than their individual identities and understanding how the relationships you foster matter more than politics or power dynamics.

The next film in the “Finding Local Stories” series was my favourite out of all the films. The episode, called Finding Queer Disability Culture, talked to disabled, Queer individuals and showed their perspective on what it was like to exist in a predominantly ableist world. The first person introduced was Amar, who described himself as having four identities: gay, Queer, POC and Deaf. Amar’s portion of the film was purposefully silent, at his request. As Ng explained later on, “Love Intersections” acknowledges the value of allowing people the freedom to tell their stories their way.

Amar said that he did not want his different identities to be singled out depending on the situation and wanted to be able to demonstrate all of his identities at all times. He stressed that deafness is not something that needs to be cured. He spoke about the beauty of using sign language, which he considers as an integral part of deaf culture. It was inspiring to see how Amar not only accepted, but embraced his disability.

“We have our own language and culture – we don’t need to be cured,” Amar said.

Vivian Ly was introduced next, who is autistic. She spoke about the positive impacts of looking at intersections of various identities. Citing knitting as an example, Ly demonstrated the effects of stimming – a self-stimulatory movement used to relieve tension.

“Stimming is how we express ourselves, it’s part of our natural body language… Everyone stims and everyone stims differently,” Ly said.

She underlined that being autistic influences who she is but that it is only one part of her identity. Rather than shying away from what makes her different in an ableist world, she was able to take pride in her identity by embracing her autism.

The third and final film, Yellow Peril: Queer Destiny, spoke about what it was like to be a Queer, Chinese individual living in Canada. It was an anecdotal documentary film mainly centered around the conversations Kendell Yan, a Chinese, intersectional feminist drag queen had with family and friends.

Yan’s drag name, “Maiden China,” has drawn racist questions about his ethnicity in the past, but he said he chooses to focus on the joy of celebrating his heritage through drag performance rather than focusing on the trauma caused by it.

The second half of the film featured Kendell and his family as they happily shared stories about what he was like as a kid and how he came out to his parents. Hearing positive stories, as opposed to the usual ones of struggle and discrimination that are pushed about people of colour, was heartwarming.

The event was an uplifting take on the intricacies of an individual’s different identities and how they intersect. The films played were raw, honest and determinedly optimistic, taking the viewers on a stimulating journey of joy, celebration and most importantly, love.

Wrapping up the event, Sungshine and Ng spoke about their experiences as outsiders and stressed the value of privileging stories of hope.

“We wanted to find other ways of conveying our shared struggles but also to find the complexities of these diverse stories and put them on screen,” Sungshine said.