Review: Curtis’s Exploration Into The Word N**** in Black Like Me was both stunning and harrowing 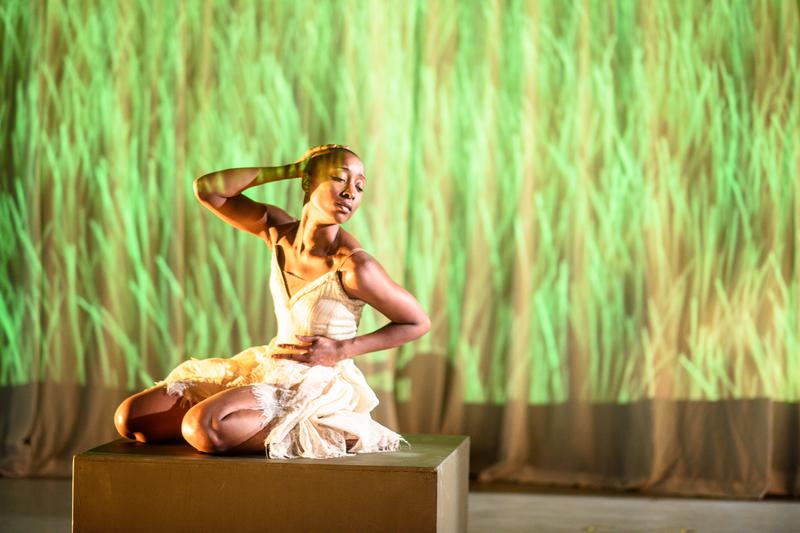 The performance was choreographed by Seattle-based artists Jade Solomon Curtis. The Beyond Words. Courtesy Chan Centre

When I ran into the Chan Centre, after mistakenly pouring the remnants of my chai latte on my shoe, I noticed that the room was alive and pulsating. Trap music blared unapologetically through the speakers — Migos, Drake, artists that appropriated Migos and Drake. Was it just after midday at the Centre for the Performing Arts or first week at the frats?

It was at this moment that I realized that just like everything else in this performance, it was intentionally setting the stage for the harrowing performance I was about to see. The dark lighting became context just as much as the stream of tweets that appeared on the large LED screen that sat in the centre of the room.

But there was something about seeing such provocative language around the word n****, a word that I have had difficulty grasping and claiming my whole life, that at least momentarily stifled it. “This should be interesting,” the white woman sitting next to me whispered as we waited. After an uncomfortable amount of silence, the lights finally faded to black.

Jade Solomon Curtis is undeniably a fantastic dancer, although she hates to use the term ‘classically trained’ it is clear that she absolutely is. Her lines are clean, her facial expressions unmatched, she was not so much dancing as telling a story with her entire body. This is what made it so relentlessly agonizing to sit through.

The first section of the show was called ‘Emancipation.’

“To understand emancipation or freedom,” the program reads, “a look must be taken at slavery and its association with Blackness.” And that she did, with constricted, staccato movements that indicated the confines of the life of a slave. But the real pain was demonstrated in her face, her screams, and her cries.

The LED screen was perfectly timed to her actions, the happiness of Otis Day’s You Make Me Want to Shout juxtaposed with hanging, lifeless, lynched Black bodies. It wasn’t just disturbing and unnerving, it was endlessly horrifying and we the audience were forced to sit with it whether we liked it or not.

When Curtis left the stage, videos of police brutality were played — a Black man arrested for “stealing his car,” a woman assaulted for “talking back” to a police officer after being wrongly stopped on the side of the highway.

I finally got my breath back when the lights went up — there would be no intermission but in its place was a conversation, led by a panel of activists associated with the troupe supported by local community participants.

!Kona a writer with a background in governmental-social-justice work, and Peter John Prinsloo, an actor and student support worker in Vancouver. The first question was around the word n****, which led into a discussion of the different ways it has been used.

“The word is soaked in blood,” Gail Boyd, the panel’s moderator said in response to a story from !Kona about how the word had almost gotten her killed with a shotgun in Alberta, where she worked decades earlier. Curtis came out attempting to act out and dance to the questions and responses and, though this wasn’t necessarily as effective, it bridged both acts together.

The lights faded to black again and, with the screen showing Black youth partying, drinking and having fun, the story was brought to the modern-day. Curtis came out wearing a wig with cut bangs that landed just under her ears, her heels were high and gum thoroughly chewed. Acting as a caricature of the ways that Black women are represented in hip hop culture, Curtis twerked across the stage, moving her body provocatively, all while her expression remained serious, stoic even.

The last act was explicitly about police brutality. “Are we willing volunteers of perpetual self-hatred and self-destruction,” the program asks. Shifting effortlessly between being the shooter and the one being shot, this was a question she extended to the audience. Is our — our being Black people — comfort with the n-word a reclamation of the violence of our ancestors? Does it differ when it ends in an “a” or an “er,” or is the word blood-stained and poisonous in a way that will never set us free?