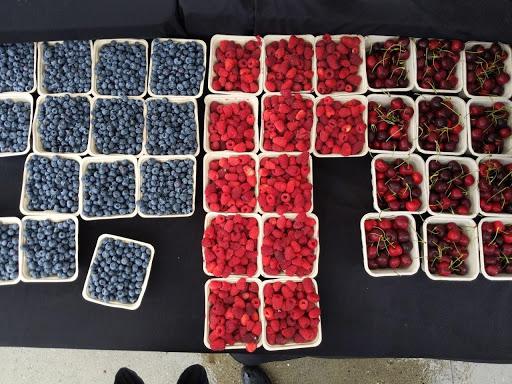 Just some of the delicious offering at this year’s Blueberry Fest. Andrew Ha

Despite starting with a drizzly day, this year’s UBC Blueberry Festival continued the tradition of showing classic and unique ways of adding blueberries to your student diet.

UBC’s Blueberry Festival was on July 17, 18, and 19, from 9 a.m. to 1 p.m. Hosted by UBC Food Services, it featured a variety of foods such as blueberry pancakes, blueberry coffee cakes, blueberry mango cheesecakes and surprise, surprise: blueberries. In addition to the food, the event offered free coffee, live music and cooking demos. 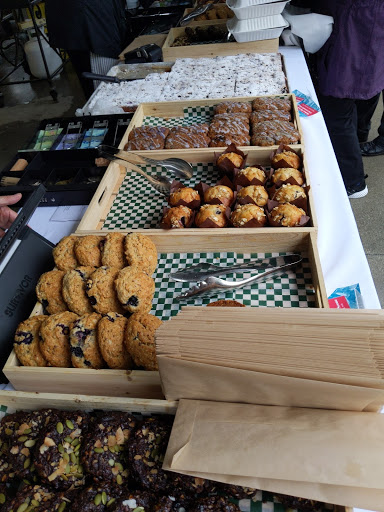 The event proved itself to be sticking true to its rain-or-shine policy when it started to rain on the first day. Despite the weather, there was quite the line-up. I tried out the blueberry pancakes, the blueberry tarts and of course, the blueberries. The pancakes were rich and tasty, and served with a blueberry sauce. The tart looked amazing, but it was a bit too salty for my taste. The blueberries themselves were fresh and yummy, and admittedly I ate the whole box within a day.

The tart looked amazing, but it was a bit too salty for my taste. Andrew Ha

The next two days had better weather and more of a crowd, and a generally livelier atmosphere compared to the first day. There were a mix of both students and families — and during the height of the festival, there were more than 50 people.

Day three of the festival featured a demonstration on cooking salmon, and whoever stayed for the full demonstration was rewarded with a mini salmon burger with blueberry sauce. The salmon was fresh and savoury, but pairing it with the blueberry sauce was … questionable.

Brianna Plant, a student who attended the festival, was similarly impressed by the variety in food.

“I thought it was phenomenal, I had no idea there were going to be this many options,” said Plant.

“I haven’t had fresh blueberries in a while so it was really nice. Usually at the grocery store I don’t always buy a whole cart of blueberries because I live by myself, so it’s hard to use them all. So it’s kind of nice to go to an event where you can have as much as you want.”