Book review: Disorientation broadens the scope of what it means to be Black in the world 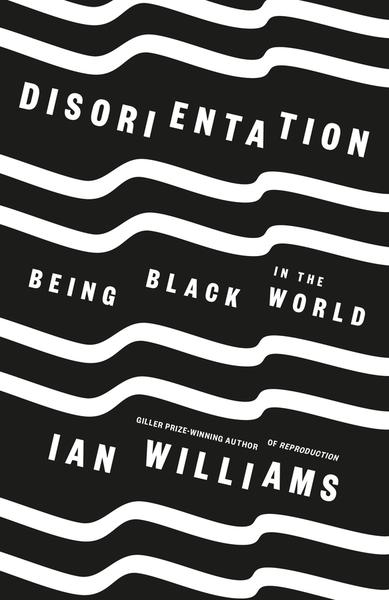 Last summer, Dr. Ian Williams was writing a book, but it wasn’t Disorientation.

It was a difficult time to be working on a novel. Williams, who won the Giller Prize the previous year for his novel Reproduction, listed spreading wildfires, the ongoing pandemic and current protests as factors that occupied his mind during the writing process. Those factors proved too significant to set aside.

“I put down the novel,” Williams said in an interview with The Ubyssey, “and started writing these essays about race.”

The result of these essays is Disorientation: Being Black in the World, a book that invites its reader into Williams’ thoughts on race, Blackness and place through accessible essays and personal accounts. The first section of the work is presented as a casual contract with the reader – agree to approach the complexities of race and racism honestly and earnestly, and the author will do the same through the rest of the book.

This desire to work through difficult thoughts was the origin point for Disorientation. “My motivation [in writing Disorientation] was to understand the world around me,” Williams said, referring specifically to his experiences with microaggressions and significant incidents that appear throughout the book. He emphasized the concept of “bewildered injustice” that he experienced.

After this introduction, much of Disorientation deals with its subtitle — Being Black in the World — in the physical sense. Williams’ personal experience of Blackness across Canada, America, Korea and elsewhere is collected in dozens of small accounts. Some depict open racism, while others are frustratingly ambiguous; some, such as Margaret Atwood’s offer of assistance and onions to fill an empty kitchen after a cross-country move, are comical without cheapening the situation. In each of them, the author is made hyperaware of his Blackness.

This direct personal element is something new to Williams’ published work. Williams most often works with fiction, where it’s possible to “hide behind characters … and formal structures.”

Disorientation does not provide an answer to easing the disorientation and damage racism causes — the problem is far too broad. Williams expands the work’s scope to deal with the broader issue as his essays progress, but there are no easy solutions. It’s possible to walk away from the book feeling troubled, but Williams felt differently when the subject came up. “Actually, I’m an optimistic person. I foresee a brighter and equitable future, partly due to this generation.”

Is this future truly possible? That question is too large to easily answer, but Disorientation is an invitation to consider it, just as it invites readers to consider the rest of its contents alongside its author. It’s an invitation well worth taking, not least because it positions the reader better to bring that future about. For Williams, it’s still possible to “make the world a little bit better.”