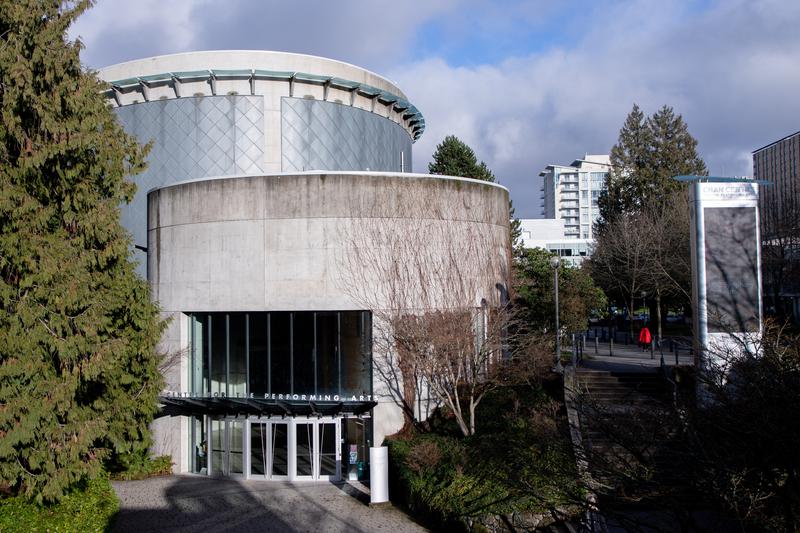 Events at the Chan Centre have been cancelled or postponed. Janice Zhao

Update: March 16, 2020: Article has been updated to include new statement from UBC Theatre and the Museum of Anthropology.

Update: March 14, 2020: UBC Theatre will be making a statement regarding further performances of Revolt. She Said. Revolt Again. on Monday March 16.

On March 13 the BC Health Ministry advocated for all events with more than 250 people in attendance to be cancelled and on Monday March 16 ordered for the cancelation of activities with groups over 50 people. With this announcement UBC arts and cultural spaces and events are being affected. Here is a list of what arts and culture centres are planning to do in reaction to COVID-19 health concerns.

In response to governmental calls for event cancellations, UBC has cancelled all events occurring at the Chan Centre for the Performing Arts “through to and including Sunday April 5,” according to their website.

Postponed or cancelled events include the Phil Lind Initiative’s Thinking While Black speaker series. Both the Ibram X. Kendi talk on March 17 and the Jesmyn Ward talk on March 24 have been postponed to later dates.

The TEDxUBC Conference 2020, Stuff You Should Know: LIVE, and La Santa Cecilia have all been cancelled or postponed as well.

The UBC Symphony Orchestra performances will be streamed online.

“At UBC Theatre and Film, our students’ and patrons’ health and safety is our top priority, and we are taking guidance from the University of British Columbia and the BC Ministry of Health seriously in regards to the developing COVID-19 situation.

“To protect our students, staff, and audience, the remainder of Revolt. She Said. Revolt Again. by Alice Birch has been cancelled.”

Refunds for tickets can be arranged with the box office.

Though it was reported on March 13 The Belkin Gallery had “plan[s] to stay open for the complete run David Wojnarowicz: Photography & Film 1978-1992,” according to an emailed statement from the Arts & Culture District. In a March 17 statement the gallery announced plans to "be temporarily closed to the public beginning Tuesday, March 17 until Tuesday, April 7. "

Any tours or events happening in the gallery have been cancelled.

In a statement released Monday March 16, The Museum of Anthropology (MOA) announced, “[they] will be temporarily closing to the public, effective Tuesday, March 17, until Tuesday, April 7. This includes all tours, public programs and events, and school programs.” The museum stressed that this was done “as we strive to be part of the local solution to this global situation,” rather than as a response to a case of COVID-19 in the area.

In a previous statement released on March 13, the Museum of Anthropology’s Director Anthony Shelton had said the museum planned to stay open.

“At this time, MOA continues to remain open to the public.”

Regarding events held by the AMS, larger events — such as Block Party — are cancelled.

“Our priority is to ensure the safety of all students and event attendees. Because provincial health authorities have recommended the postponement or cancellation of events with more than 250 attendees, we are cancelling Pit Nights until further notice,” said Eric Lowe, marketing & communications manager for the AMS, in a written statement. “As well we are assessing the safety of smaller events (those with fewer than 250 attendees) on a case-by-case basis. We have asked clubs to follow our lead and do the same.”

In a March 14 statement from Kiel Torres, director of the Hatch Art Gallery, “We will be continuing with our regular gallery hours, but the closing reception for our upcoming AMS Permanent Collection exhibition scheduled for April 8th will be cancelled until further notice.”

However, by March 16, the AMS announced that it is closing the Nest to prevent the spread of COVID-19.

Both the UBC Botanical Garden and Nitobe Memorial Garden "closed to the public until further notice," according to an emailed statement. Any events that were scheduled to take place in either garden are cancelled.