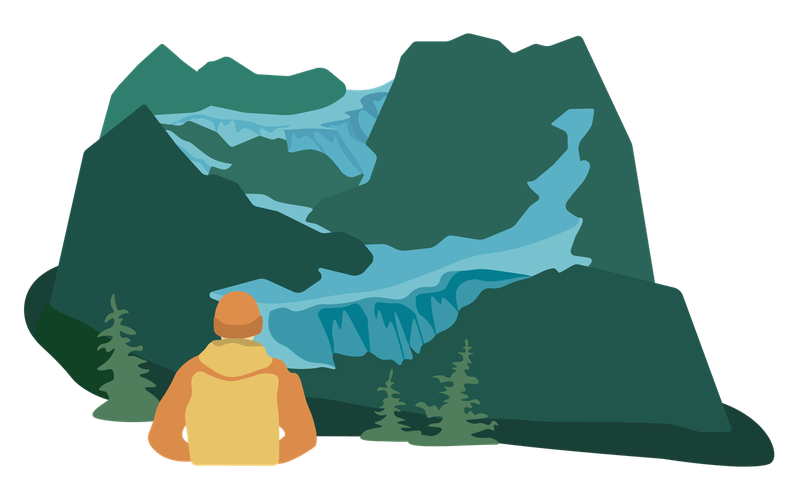 The second panel of day two focused on how the climate system is changing. File Alex Vanderput

Most scientists can agree that the climate is in fact changing, but what does that change actually look like?

On October 13 and 14, UBC Research and Innovation organized the UBC Climate Change Research Symposium. This two-day event featured groundbreaking research from departments across both UBC Vancouver and UBC Okanagan. The Ubyssey attended day two of the symposium which consisted of three panels and a keynote presentation by Naomi Klein, an award-winning journalist and the new Professor of Climate Justice at the department of geography here at UBC.

The second panel of day two focused on how the climate system is changing. This portion of the event was chaired by Dr. Sally Aitken, professor at the UBC department of forest and conservation sciences and associate dean of research and innovation.

Everything changed when the greenhouse gases attacked

Dr. Simon Donner, Professor at the UBC Institute for Resources, Environment and Sustainability, Institute for the Oceans and Fisheries and Department of Geography, kicked off the panel by making sure that viewers and panelists alike understood that “[climate change] is real.”

This is one of four core facts for Donner. Throughout his presentation, he focused on explaining the major scientific evidence that proves this fact.

“The evidence that the climate is warming … can be seen physically around the planet through measurements and in visible changes in the environment,” he said.

These shifts in ocean temperature affect climate systems across the globe which can lead to changes in local weather patterns, wildfires, etc. Between El Niño and La Niña events, there are “neutral” phases where the waters are at an average temperature.

The second of Donner’s core facts is that human activity has affected the climate.

Donner noted that this pattern would not be observed if the sun were causing climate change. If that were the case, the graph would have indicated a positive temperature change in the upper level of the atmosphere.

It is important to note that Donner said “human activity” but did not indicate what “human activity” entailed or who “human” referred to. To clarify, he did not explain how there could be varying levels of responsibility for the climate crisis depending on who the humans or activity in question are such as the global south versus global north, corporations versus private individuals, industrial society versus Indigenous traditional societies, etc.

The third core fact is that scientists are certain that climate change is real and is caused by “humans.” This is demonstrated by the IPCC’s latest report which states that the climate crisis is an established fact.

Donner wrapped up his presentation with the final, and arguably most important fact: Not only is climate change real, it's also dangerous. However, it’s important to consider that what qualifies “dangerous” can vary greatly depending on the person or party making that judgement.

An important example of conflicting views on danger is the Paris agreement. In 2015, hundreds of world leaders met with one another to talk about how they combat the climate crisis. One of their goals was to limit global warming by defining a maximum global temperature change to stay below in order to maintain safe living conditions. This decision would enable them to have a clear target when implementing climate policies.

The final decision was to stay below a two degree global temperature increase. This decision has faced backlash because leaders of smaller island nations and the global south, which will be disproportionately impacted by climate change before their counterparts in the global north, had argued for a lower threshold. This is because a two degree temperature increase in their countries would be more dangerous than it would be in countries in the global north.

Global warming: The next airbender

Once Donner finished painting the big picture, Dr. Rachel White, Assistant Professor at the UBC department of earth, ocean and atmospheric sciences, began her presentation on the impact of climate change on atmospheric dynamics.

The changes in atmospheric circulation in turn affects regional changes in climate such as extreme weather events. One such event that UBC students might recall is the heat wave earlier this year.

Another example of climate change affecting local weather events is the relationship between rising global temperature and heavier rainfall. Increasingly warm temperatures lead to increased amounts of moisture being evaporated from the ocean. This, in turn, leads to an increase in moisture in the atmosphere. Thus, when there are rainfall events, there is a greater amount of moisture that can be released from the atmosphere as rain. UBC students might also recognize this from the heavy rains that have lead to the flooding in B.C.

This can be problematic because climate change also affects large-scale weather dynamics, such as atmospheric circulation. Since air circulation can affect the frequency of rainfall events, if the latter were to slow down such that rainfall becomes less frequent in a certain region, this can lead to a heavier amount of rainfall at a given time which can lead to flooding.

Understanding how these dynamics are changing is critical to preparing adequate adaptation strategies for communities to cope with these weather events.

Call Katara: How climate change is changing the oceans

The ocean makes up 70 per cent of the Earth’s surface so it’s difficult to talk about the climate crisis without talking about how it's affecting the oceans.

More importantly, as Dr. Philippe Tortell, head of the department of earth, ocean and atmospheric sciences explained, “the oceans play a significant role in controlling the trajectory of climate change by both releasing and absorbing massive quantities of greenhouse gases.”

There is still a “fair bit of uncertainty” in the scientific community around how much methane and nitrous oxide — two kinds of GHGs — is absorbed and released by the oceans. The opposite is true for carbon dioxide. Roughly 30 per cent of all human-caused carbon dioxide emissions have been absorbed into the ocean over the past few decades.

Another important gas to keep in mind is dimethyl sulfide (DMS) which acts like an anti-greenhouse gas. DMS is integral in cloud formation. This is significant because clouds block radiation from the sun therefore producing a “cooling effect” that can counteract the “warming effect” of GHGs.

Tortell is concerned with how the ocean’s GHG absorption abilities might change in the future. One significant obstacle to answering this problem is that the ocean is really big. Its sheer size makes it difficult to get samples in order to make these estimations.

One way Tortell’s research team is tackling this problem is by developing instruments that can gather continuous data from the ocean while on research vessels.

Being able to gather this data is a critical first step to understanding the present day distribution of GHGs and DMS as well as corresponding oceanic activity. This data will in turn improve scientific understanding of the role that oceans play in driving and mitigating the climate crisis.

Dr. Christian Schoof, professor at the UBC department of earth, ocean and atmospheric sciences, closed the second panel with his presentation on how global warming has affected land ice. This includes mountain glaciers and the ice sheets covering parts of Greenland and the Arctic.

Firstly, melting mountain glaciers provide many communities with their dry-season water resources. Changing ice covers could threaten the availability of those resources during dry seasons.

Lastly, and perhaps most commonly known, is its contribution to rising sea levels. This final consequence was the focus of Schnoof’s segment.

Ice sheets are “fed” by a net amount of snowfall every year. Some of that ice breaks up into chunks scattered throughout the ocean. Some of it will melt and feed more liquid water into the ocean.

Ice sheets are usually rather big. So one might imagine that there is some sort of “equilibrium line” in which all the ice that sits above that line receives more water via snow than it loses through melting. All the ice below that line, nearer the borders of the ice sheets, experiences the opposite.

This dynamic demonstrates that the thickness of the ice is important because otherwise there would be nowhere for the ice to accumulate via snow or decrease via melting.

What climate change does is raise that equilibrium line. The higher that line is raised, the less amount of ice there is within an ice sheet that is accumulating ice instead of losing it. This affects whether the ice sheet as a whole is staying the same size, growing or shrinking. This implies that there is some sort of threshold that, when exceeded, leads to a possibly irreversible shrinkage and eventual disappearance of an ice sheet.

Size is also an important factor. As Schoof explained, “the bigger the ice sheet, the more snowfall it is able to capture.”

Thermal expansion — the principle in which matter, including water and oceans, expand as they get hotter — also contributes to sea level rise.

One thing to note is that the amount of sea level rise experienced due to melting land ice differs depending on the region. Ironically, a region is more likely to experience greater sea level rise the farther away they are from the melting ice.

Although it is only increasing by millimeters per year, this steady increase adds up over time. In terms of tangible weather consequences, this means that floods that used to happen every 100 years might now become yearly occurrences.

As a whole, this panel focused on breaking down the basic scientific evidence proving that climate change is real and worthy of concern. More importantly, it was a valuable resource for people of all ages, including UBC students, to understand the scientific fundamentals of the climate crisis from the experts themselves. All in all, this panel was a vital starting point for UBC students in developing their climate literacy. But like all good starting points, this panel does not just give us a convenient summary of everything UBC students should know about the climate emergency: it gives us the tools to start learning more.