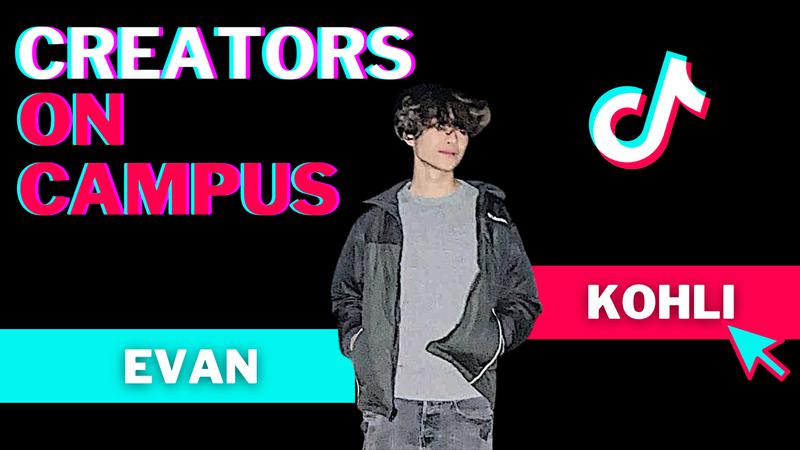 Aside from managing his social media platforms, Kohli enjoys running, singing and playing the piano in his free time. Hannah Dam

Hailing from Toronto, Ontario, Evan Kohli is a second-year commerce student, among many who have just completed their first year of university online this past spring. He is well known for his social media accounts, namely on TikTok and Instagram, which have accumulated over 1.6 million and 200,000 followers, respectively.

The start of something new

With no intention of gaining such a large following, Kohli’s TikTok account began to gain traction near the end of 2019. He attributes his take-off to a trending audio at the time called “Wasian Check,” where individuals of mixed Asian and Caucasian ethnicities would show off their mixed appearances or lifestyles. The video where it all began can be viewed here.

Changing life as he knew it overnight, the video went viral the morning immediately after its posting, attracting over one million views. The unintentional overnight rise to fame came as a shock to Kohli, leaving him in disbelief that something so surreal could happen in such a short amount of time.

“I think that this has probably been one of the most life-changing things,” said Kohli. “I was never the type of person to post on social media before. I had very [few] Instagram followers – I didn't really care too much about that kind of stuff.”

Kohli harbours the incredible talent of achieving fluency in seven languages: English, Japanese, French, Spanish, Korean, Mandarin and Hindi. Naturally, the majority of Kohli’s content is centered around speaking them, all the while learning Italian, Russian and Portuguese at the same time.

“Ever since I was little, I've had an affinity for languages, and I've loved to learn them,”
said Kohli. “I'm always learning new languages, so most of my content is centered around that … sometimes I'll speak a [few] snippets of each language, or I'll just integrate different languages in my content.”

During a time of pandemic-induced uncertainty and isolation from the rest of the world, TikTok created a kind of escape for him. Creating content became a major source of enjoyment and happiness, which only continued to develop his love for it throughout the pandemic.

Through his platform, he was able to branch out and connect with new people across the globe, which he describes as one of the greatest benefits to have come from its growth. Be it through helping others learn a language, providing a source of entertainment, connecting with other content creators or even using the platform to meet new people to learn from, the connections that he has formed through social media have been invaluable to him.

Building a sense of community before the start of his first year at UBC, even if it was through social media, was especially important for Kohli, given the difficult combination of soon moving across the country for school and having to make new friends and connections in a completely virtual environment.

A glimpse into the future

Studying at UBC’s Sauder School of Business, Kohli plans to study marketing, with a focus on social media marketing. The opportunities presented to him have been indispensable in developing his future career, especially through having connections with Instagram and TikTok Canada.

Aside from managing his social media platforms, Kohli enjoys running, singing and playing the piano in his free time. This term, he is looking forward to the return to in-person activities, as well as creating new content on campus. You can check out his content on TikTok at “evankohli” and on Instagram at “evan.kohli.”