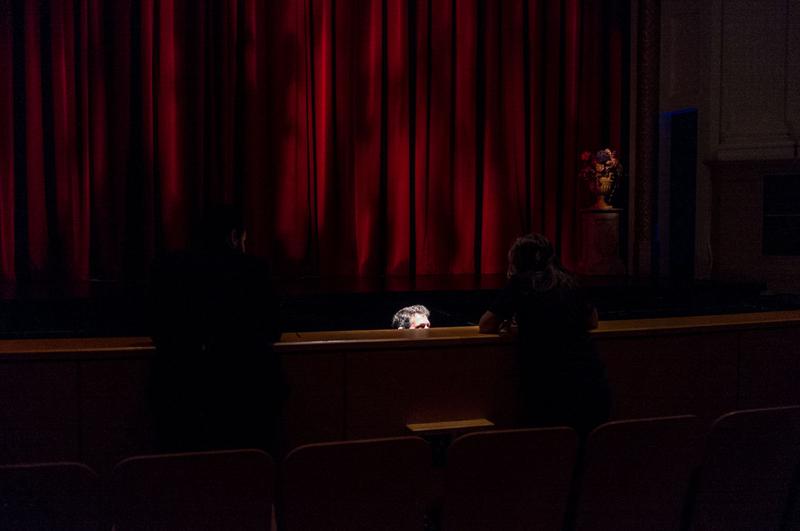 As new opera enthusiast, I highly encourage students to take advantage of what UBC opera has to offer. Duncan Cairns Brenner

UBC’s old auditorium is filled with chatter as attendees shuffle into their seats and prepare to drift off into 18th century Italy. The overture crescendos through the hall, filling the empty spaces with cautious yet vibrant and celebratory tunes.

The curtain opens to reveal a distraught Donna Anna, fighting to reveal the identity of her masked assailant, Don Giovanni, after he has snuck into her bedroom. Her father, the Commendatore, joins her, challenging his daughter’s would be rapist to a duel, only to become victim to Don Giovanni's treachery and fall dead. Escaping with his servant Leporello, Don Giovanni reveals himself to the audience, already thinking about the next unfortunate women he plans to seduce, either by force or coercion.

The opera presents Don Giovanni as a remorseless criminal who is allowed to continue his horrific behaviour towards women of both lower and upper classes because of his power as a wealthy noble man. Don Giovanni uses his class to his advantage, playing into 17th century ideas about aristocratic morality. During the 18th century the long held belief that the aristocracy were morally superior to those in the lower classes was being challenged by both philosophers and revolutionaries. The opera serves as both a commentary and criticism on the rapidly changing world which surrounded and influenced Mozart and his contemporaries.

The influence of these changing ideas in Mozart’s work is most characterized, when despite his powerful position, Don Giovanni is dragged into hell by three very sparkly and jazzy devils. This fiery finale, ends with a moral reminder to the audience, that all evil doers will go to hell, no matter what their class or level of wealth.

UBC Opera’s costumes also portray surprisingly accurate depictions of 18th century dress, which both enhance the story, and helps give viewers much needed context for both the behaviour and social class of each character. While the female characters in the opera serve more as catalysts for the story than as true individuals, their costumes change along with their roles in Don Giovanni’s comeuppance.

For example, when a forlorn Donna Elvira goes in search of revenge against the lover who slighted her (Don Giovanni), parts of her costume remain covered, reflecting a more sensible and reserved style. It is only when she is once again seduced by Don Giovanni, that she flings herself at his feet in an evening dress. While this change in character seems very abrupt and more like a plot tool then any real character development, it is a testament to UBC Opera’s commitment to storytelling and costuming, that they manage to make traditionally flat and moralistic characters such as Donna Elvira, seem more complex.

Opera is a form of storytelling through music and song, and UBC’s Don Giovanni combines the intricate and sometimes bombastic classical music of Mozart, with the beautiful voices of UBC’s opera program. The characters whose songs shine through are those of the mourning and vengeful Donna Anna and her nemesis Don Giovanni. The pieces sung by Don Giovanni can both roll as smoothly as his seductions, while suddenly becoming as athletic and erratic as his dangerous personality. Where as Donna Anna’s and Donna Elvira’s impressively ranging vocal monologues reflect their sorrow and hurt at the hands of their antagonist.

As a new opera enthusiast, I highly encourage students to take advantage of what UBC opera has to offer. With light comedies, and dramatic reflections on both past and present experiences, the opera remains one of the most intricate and enduring art forms. While operas often intimidates those who feel it may be too classy for their taste, it's important to remember that at its heart, opera is a form of entertainment. And despite its historical roots, a modern audience can still relate to universal narratives of love, social class and betrayal. Unfortunately UBC Opera only plays each show for one weekend, meaning it is easy to miss upcoming performances.