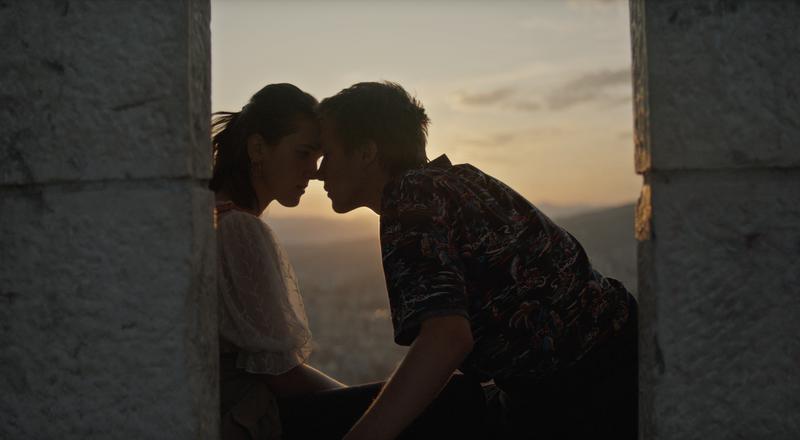 “So the kind of Sarajevo I experienced growing up was one full of hope,” said Drljača. Courtesy Route 504

In modern-day Sarajevo, the capital of Bosnia and Herzegovina, teenagers Faruk and Mona meet and an improbable romance follows. Faruk is an orphan who lives with his ill grandmother. He earns a living by collecting scrap metal and engaging in petty crime. Mona is the daughter of a powerful and affluent family. She attends an English-immersion school and her parents plan to send her to Canada to finish high school.

In Sarajevo, the ethnopolitical and class divides between Faruk and Mona mean that a romance between them is highly unlikely — and these dynamics are exactly what writer, director and producer of The White Fortress, Igor Drljača, wanted to explore in the film. He grew up in Sarajevo, immigrating to Canada in 1993 at the age of 10.

“You don’t see people from these two strata that are ever interacting,” the UBC Theatre and Film professor and film director said.

“So [that] narrative … of the two of them meeting, just opened up the possibility to discuss a lot of these other problematic elements within the country,” he added.

Bosnia and Herzegovina was created from Yugoslavia, following a three-year civil war that ended in 1995 with the Dayton Agreement. The warring factions agreed to operate under one state but with two entities, the Republika Srpska and Federation of Bosnia and Herzegovina. Additionally, 10 cantons — similar to provinces — exist with their own parliamentary systems.

According to Drljača, this peace treaty served to cement’s people’s ethnic identity over their national identity. The political-ethnic divides run deep.

“Everything is tied to one’s political affiliation. Most of the entities that allow people to have some kind of stability in their lives are semi-owned public corporations, and they’re tied to political parties who are in power arranging who gets the job, who gets the opportunity,” he said.

Unless people are connected to the ethnopolitical upper class, he explained, their future prospects look dismal — especially for youth. With The White Fortress, Drljača wanted to emanate the experiences that they are currently facing in Sarajevo. These experiences include crime, abuse, corruption and poverty, amongst others.

“You see these storylines, you open the newspaper, and those storylines … are part of the everyday [in Sarajevo], are sort of what inspired [the film].”

At a film screening in Sarajevo, Drljača said that youth saw themselves reflected. “They’ve seen the story lines amongst their circles of friends.”

The film is also relevant for Canadian audiences. Drljača hopes that it brings attention to a place that once dominated headlines. “In the ‘90s, Bosnia was in the headlines constantly. You couldn’t get away from it.”

“The particularities of Sarajevo are maybe harder to fully grasp, but I think there’s enough there for them to follow the general narrative.”

The White Fortress was also a process for Drljača on a personal level — a process of coming to terms to come to terms with a city he says he feels both familiar with and alien in at the same time. “In a way, I am saying goodbye to this kind romanticized idea of the city. Because I grew up during a period where I was shielded,” said Drljača.

“So the kind of Sarajevo I experienced growing up was one full of hope.”