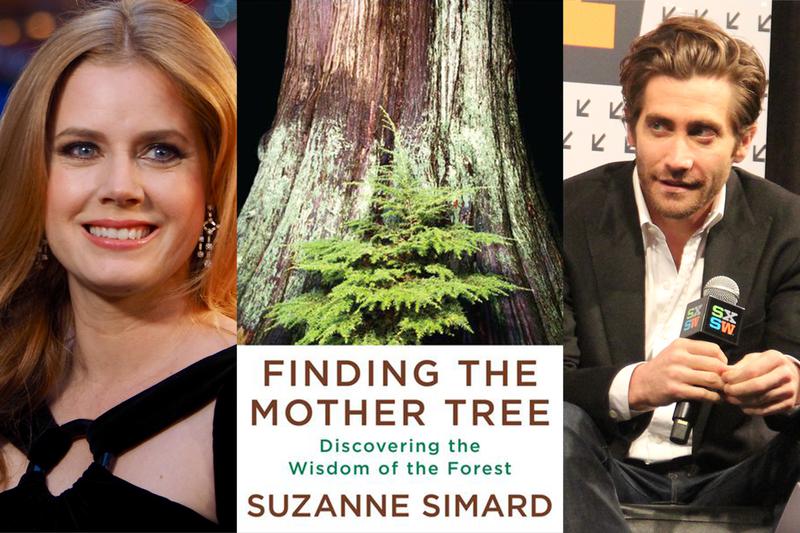 “I always wanted to write [a book] like that, but as a scientist you don’t get to,” said Suzanne Simard about her best-seller book Finding the Mother Tree: Discovering the Wisdom of the Forest during an interview with The Ubyssey.

Inspired by seeing her scientific work published in other books, Simard decided to tell the whole story in her autobiography. The book focuses on her discovery that trees within a forest are linked together underground by mycorrhizal fungi.

The fungi are mutualistic - they grow through the soil, pick up nutrients from water, bring it back to the tree and trade these nutrients for carbohydrates. These fungi allow trees to communicate through networks “like a below-ground internet” explained Simard.

Simard was one of the first researchers to make this discovery back in 1992 at the beginning of her career.

“The story is about that discovery, and the many discoveries I made, that built on that story through my life and [about] how the discoveries in my life kind of unfolded together,” added Simard.

The news that has the UBC community waiting in anticipation is the signing of a movie deal for the book starring Actress Amy Adams as Simard with Jake Gyllenhaal also featuring in a leading role. The movie will be co-produced by Adam’s production company, Bond Group Entertainment, and Gyllenhaal’s, Nine Stories.

The events unfolded quickly one after the other with the book releasing on May 4, 2021 and being listed as a number one bestseller by the New York Times shortly after. The movie deal was signed with Adams and Gyllenhaal only a few days later. The shooting for the film will begin once a distributor is finalized.

When asked about the movie, Simard explained that the great thing about it is that people will be made aware of the current deteriorating state of our forests. During Simard’s childhood in the 1960s, British Columbia was a province of old growth forests — but now it's a province of clear cuts, she explained.

“I think that most people don't understand that we really exploited our environment. We only have 3% of our really iconic old growth forests left. We need to fight for them because they really are our life support systems. I think that this movie is going to really bring that to everybody's awareness so we can fight like hell [for them].”

When asked about her thoughts on Amy Adams playing her in a movie, Simard said she is a perfect fit for the role.

“I haven't watched all of her movies but the ones I have seen, like “Julie [&] Julia”, “Hillbilly Elegy” and “Arrival”, where she actually played the scientist, she knows that sensitivity of hardship, but also [shows] love and inquisitiveness,” Simard added.

Adams and Simard have more in common than the former’s role in the movie. Simard added that Adams and her both grew up as middle children in a big family, making them both scrappers, survivors and inquisitive individuals.

Simard spoke about how she never expected or intended for her book to hit the big screen. Simard decided she wanted to write the book ten years ago, breaking the pattern of only publishing scientific papers. She began working on the publication a year and a half ago. Her aim was only to get the book written and published and before she knew it, there was a bidding war for a movie adaptation. Simard added that she did not expect it but it was incredible to see.

While UBC — along with the rest of the world — waits for the movie to release, Simard believes that we should not lose sight of the deeper message behind the book.

“[A] shout out to all the protesters who are fighting to save that last drainage of old growth [forests] on Vancouver Island. I support them and it's important that we save these old forests. These are life support systems,” said Simard.