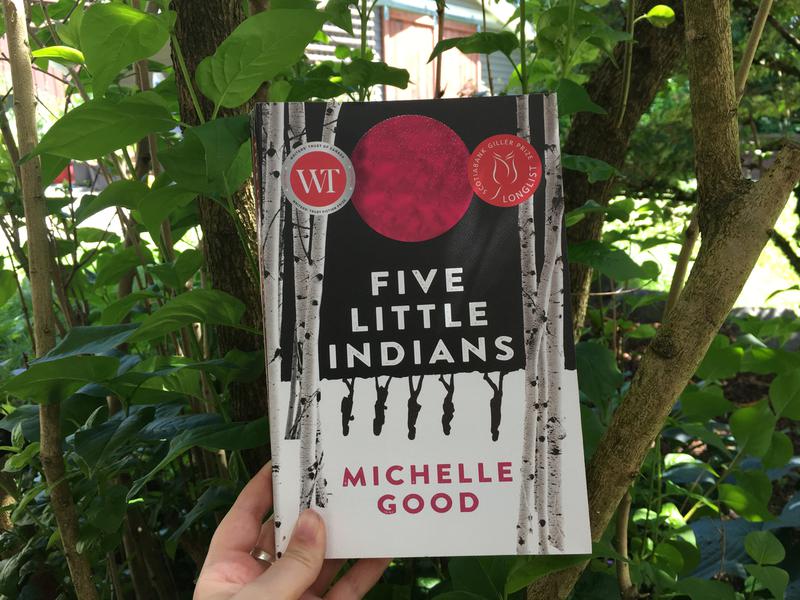 Content Warning: This article contains descriptions of violence and trauma within the residential school system which may be distressing to some readers.

“This isn’t something that I really needed to research or study … because I’ve been living with survivors and intergenerational survivors,” said Indigenous author and advocate Michelle Good in an interview with The Ubyssey.

As a Cree lawyer, poet and writer, Good’s representation of residential school survivors and intergenerational survivors in her novel, Five Little Indians, comes from lived experience. The UBC alum’s novel features five protagonists, and while the characters are fictional, the traumas they display are very real.

Fictional characters based on real experiences

“What I did was, I looked at the kinds of abuses that students experienced while they were in the schools, and I looked at what were reasonable outcomes of those injuries, what a person could expect, and then how their lives would unfold after that,” Good said.

“I really wanted to be sure to cover a lot of the trauma-related injuries that continued throughout the rest of their lives.”

Good’s characters show the lingering effects of residential schools and the various approaches survivors have taken while trying to deal with their trauma. Take one of the novel’s protagonists, Clara, for example. As a child, Clara forms a spiritual connection on a walk through some birch trees. When she is forced into the residential school, they teach her that her traditional spirituality is sinful and wrong. This inner conflict about spirituality – her traditional spirituality versus the Church’s teachings – stays with Clara for years after she is free from the school.

Clara’s path to healing begins with community. With a wounded shoulder and the National Guard on her tail, Clara is left in the care of Mariah. Mariah, an elderly woman who lives alone in a house in a secluded forest, offers Clara the opportunity to reconnect with her traditional culture. Under Mariah’s care, Clara begins to heal not only her physical wounds, but some of her emotional ones too.

Reconnecting with cultural traditions isn’t a choice Clara makes lightly. Her journey is confusing and painful as it draws up traumatic memories. This struggle, this pain, is not confined to fictional characters; it is a reality for survivors who were cut off from their culture by a system designed to decimate Indigenous populations in the pursuit of a cultural genocide. The process of reconnecting with one’s culture is more than being reintroduced to traditional teachings, it is also the unlearning of the teachings that the Church instilled in the children during their time at the schools.

“That is a renaissance,” Good said.

“What Indigenous survivors experienced when they left the residential schools and those that found their way back to their cultural traditions – that was a real renaissance.”

Why survivors can’t ‘just get over it’

“Anytime there’s any kinds of issues arising out of ... the residential school legacy, there’s this ongoing question of ‘why can’t they just get over it’ and so this book is a response to that,” Good said.

Good’s novel shows realistic responses to trauma. Her characters make some good choices and some bad choices, but all of their choices are affected by the traumas of residential school. This trauma doesn’t stop at the survivors, it bleeds into the lives of their families for generations.

In Good’s novel, Kendra is a tangible example of intergenerational trauma. She is the daughter of residential school survivors, Lucy and Kenny, who display various trauma responses. Lucy responds to the trauma by developing OCD-like tendencies and takes to cleaning and reorganizing her house in order to gain a semblance of control. Kenny, on the other hand, feels constrained when he stays in one place too long, and in turn, feels a sense of restlessness when he stays with his wife and child for too long.

“Children that are being raised by traumatized parents who are dealing with trauma-related psychological injury, they’re learning trauma responses to the world like the way children learn from parents that don’t have trauma-related issues: they observe and they learn, and that’s how they learn to interact in the world is as though they are traumatized,” Good said.

As Kendra grows up, she is hurt by her father’s absence and can’t understand why her mother lets him come back into their lives time and time again. Only after Kenny’s funeral does Kendra start to learn about the wounds Kenny was suffering and is able to start to understand why he couldn’t be the father she needed. But Kendra was never alone.Throughout her life, she finds support in other members of the community. As a young child, it was the members of the local Friendship Center who helped her mother fix up and furnish her house. When her mother couldn’t afford a place on her own, it was Clara who helped her find a place and pay the rent. All her life, Kendra is supported by a family unit that goes beyond the nuclear ‘mother, father and child’ mould.

“It’s a direct hit on the social fabric of the community.”

In Good’s novel, Clara’s close friend at the residential school, Lily, gets sick and dies. When Clara questions the nuns about where Lily went, they only reply that she is “gone to Jesus,” and they do not speak about what happened to Lily’s body. It isn’t until years later that Clara is able to bring Lily’s body home.

When asked about the recent news of the remains of the 215 children from the Kamloops Residential School, Good spoke about the 2015 Truth and Reconciliation Commission of Canada. She explained that in the Calls to Actions, numbers 71 through 76 all fall under the Missing Children and Burial Information heading.

“When that roadmap of those Calls to Action was given to the federal government … it basically said ‘this is what needs to be done,’ and the government just said ‘no’,” Good said.

It’s been six years since the Truth and Reconciliation Commission, and only now is there a public outcry to return the children’s bodies to their communities. But the 2015 commission wasn’t the first time this issue has been raised. Good explained that even as far back as the 1920s, there were reports of the injustices against Indigenous peoples in regards to residential schools.

The last residential school closed in 1996.

“Murray Sinclair recently opined that he thought there could be 25,000 kids dead in these unmarked graves and I think that’s even modest. That’s a conservative estimate as far as I’m concerned,” Good said.

“So it’s not like this wasn’t known by the government – it was known for 100 years.”