HASTAC 2019 aims to decolonize through art 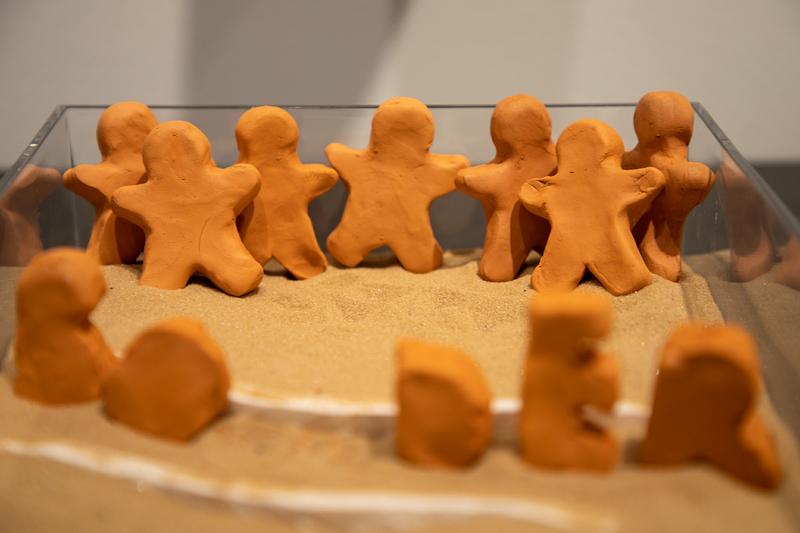 HASTAC is an “academic social network” that aims, according to one of its mottos, change the way people and institutions learn. Zubair Hirji

HASTAC (pronounced 'haystack’) stands for Humanities, Arts, Science, and Technology Alliance and Collaboratory, is an “academic social network” that aims, according to one of its mottos, change the way people and institutions learn.

It is an organization that connects institutions, gives out scholarships, provides platforms and uses the tools of globalization to in an attempt to undo its worst effects.

HASTAC 2019 is an affiliated conference that was held from May 16 to 18 on Unceded Musqueam (xʷməθkʷəy̓əm) Territory/UBC Vancouver, and it's theme was Decolonizing Technologies, Reprogramming Education.

While various parts of the conference were held all over campus, the art and mixed-media projects were on display at the Hatch Art Gallery in the Nest.

Third-year FNIS major and Critical Sexuality Studies minor Autumn Schnell may have been one of two curators but it was her vision and way of working that defined the basis of the exhibit.

HASTAC’s mandate for the exhibition was to center Indigenous women and women of colour but Schnell “...kind of took it a step further [and wanted] to focus on queer people...”.

While many of the pieces were by artists who had applied, the commissioned pieces were only by emerging women and queer Indigenous artists.

“...It’s also a personal thing because I am also a queer Indigenous person...so when I [saw] a conference that is interested in that kind of affirmative action, I kinda wanna push that beyond binaries...”. Schnell said.

David Gaertner, who is also an First Nations and Indigenous Studies instructor at UBC, is the other co-curator, but his contribution was mostly in coordinating equipment and technical details and thus giving space for Schnell’s initiative and ceding to her vision. He was one of the main organizers of the whole conference, and he was the one who offered Schnell the curation job.

It’s worth noting that for a conference that aims to re-configure/re-calibrate/redefine academia, most of the attendees were faculty members of various institutions, and not students.

According to Gaertner, there were 40 student volunteers, and efforts were also made to make the conference as financially accessible as possible.

Apart from all centring diverse aspects of decoloniality, the pieces are all extremely interactive. There are video and sound installations, which are formats that have featured at the Hatch previously, but are much more aesthetically pleasing than usual.

From soundscapes about food sovereignty, a conceptual problematising of reconciliation, to pieces about the Kwakwaka’wakw resistance, its proposed anthem (next to which a flag is hung), the audio art explores a wide expanse of the socio-political realities in Indigenous identity.

The exhibit featured a healing tea station which contained ‘slowing down’ activities like eating snacks, drinking tea, knitting, colouring. As well as those, the exhibit had constructive activities like books for reading, recommendations for decolonial media and a station for writing notes of encouragement and solidarity for other people working in ‘activist’ fields. It promises to use the participants' words to help others, and not just for their own personal catharsis. 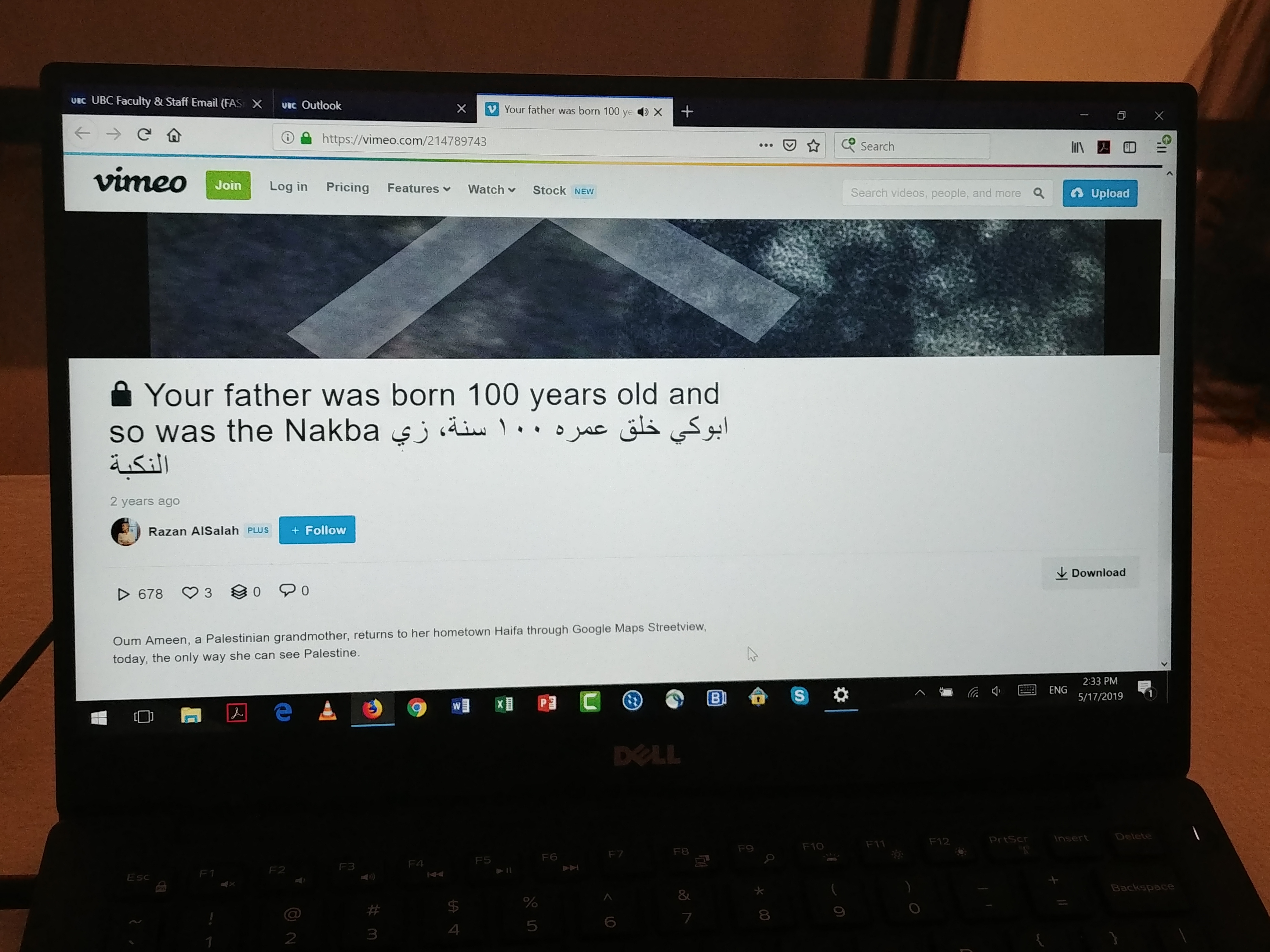 Razan AlSalah’s Your father was born 100 years ago and so was the Nakba uses Google Street View to a haunting and sorrowful effect based on the artist’s experience of showing their grandmother her hometown of Haifa in Palestine, a place she can only see virtually and in her memories.

Sínulhkay and Ladders by Squamish graphic artist and designer Michelle Namhee - who is also a colleague and friend of Gaetrner’s - is a board game that is spread over an entire wall of the gallery. It is usually accompanied by a workshop, but it’s text squares are both easy to understand and unafraid in their criticism of the ways that organizations and people trying to be “woke’ tend to undermine and stand in the way of decolonization.

All in all, Decolonizing Technologies, Reprogramming Education is one of the best and most important exhibitions that has taken space in the Hatch in a long, long while.

It’s not really student art, but somehow it’s what student art ought to be, what with its strikingly innovative use of technology, centring of decolonial and Indigenous voices, and mostly because of how smart, and good the pieces are, individually and as a whole.

The Hatch could do worse in having more exhibitions about real-world issues, not just given space because it's by student artists. More importantly, what this exhibition has, that others at the Hatch and really not many in galleries in Vancouver, in general, tend not to do, is it didn’t at all forget it’s anger- it made you feel the rage that is an inescapable part of living and expressing yourself under colonialism.