As a college student, it’s a lot rarer to have such prime leftovers to toss in, but, as I said, congee is really what you make it to be. But this time, I wanted to make it exactly the way I had it as a child.

My grandfather’s congee is revered amongst my family. It’s the perfect warming food during winter, the perfect sweat-inducing meal during summer, delicious when fresh and even more indulgent when eaten the next day.

As I grew older, his chicken congee became more of a rarity, only appearing when we came to visit and asked for it. Congee, as my grandfather made it, was a labour-intensive process. He would wake up as early as 3 a.m. to slow cook it as the sun rose, ensuring that when us lazier individuals of the family woke up, we would wake to the smell of simmering deliciousness.

Congee, or 粥, is a traditional food found in many cultures. In Hong Kong, it is typically a thick, savoury, melt-in-your-mouth porridge made from rice. It’s a dish that can be as complex or as simple as you want it to be.

Like many others from his generation, my grandfather never cooked with a recipe, preferring instead to cook with what was on hand. This made his congee a thing of art and novelty. You never knew what surprise would lay hidden beneath the thick layers of soupy rice.

Would he have thrown in succulent pieces of roasted duck or perhaps pieces of leftover char sui — slow-roasted pork marinated in sweet BBQ sauce. As a college student, it’s a lot rarer to have such prime leftovers to toss in, but, as I said, congee is really what you make it to be. But this time, I wanted to make it exactly the way I had it as a child. 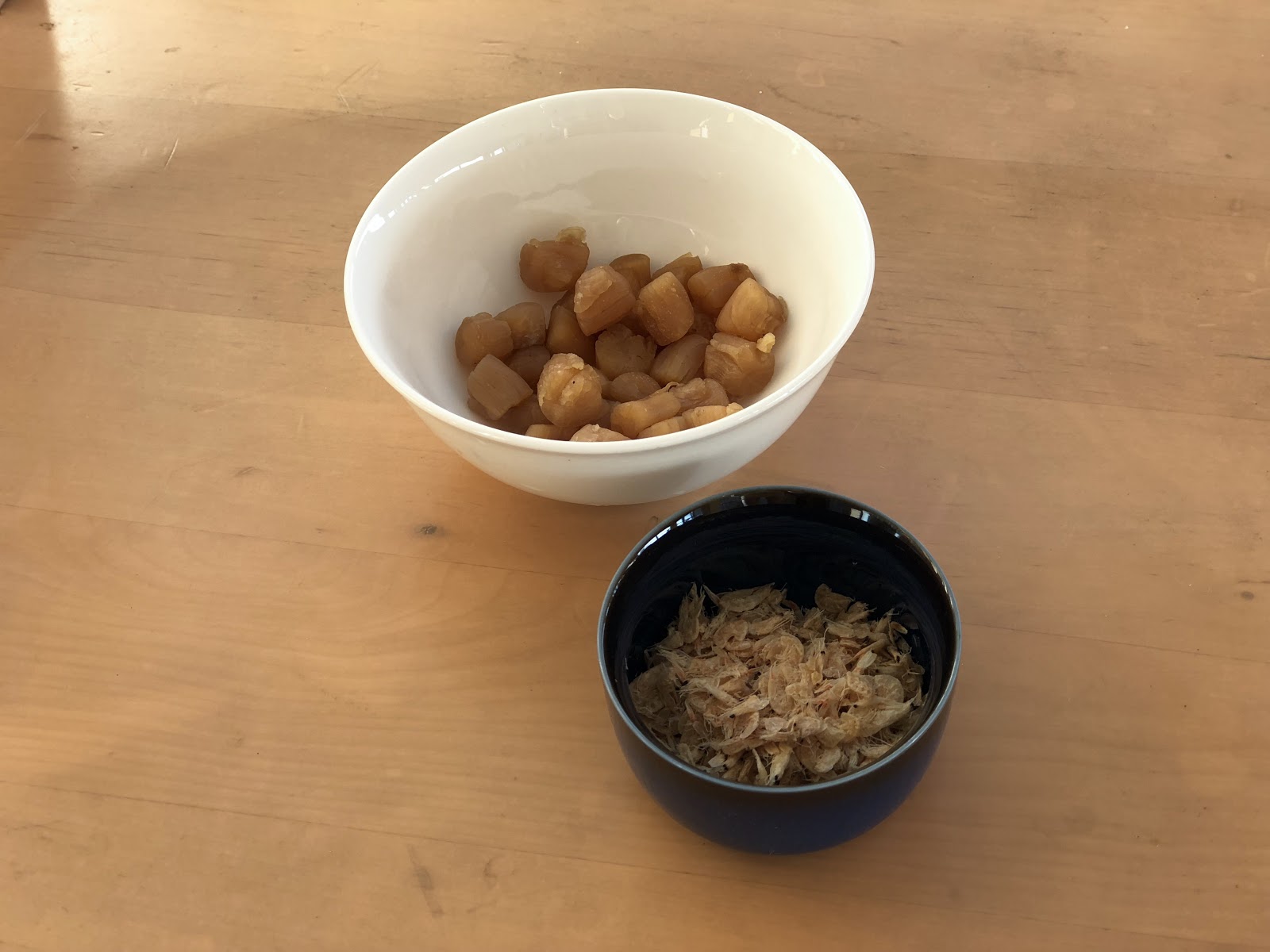 Dried shrimp and dried scallops. Both not commonly found ingredients, but I found them at T&T, a popular Asian grocery store with various locations around Vancouver. Dried scallops do tend to be expensive, so skip them if you’re on a budget and perhaps throw in more shiitake mushrooms for added umami and adjust the seasoning. 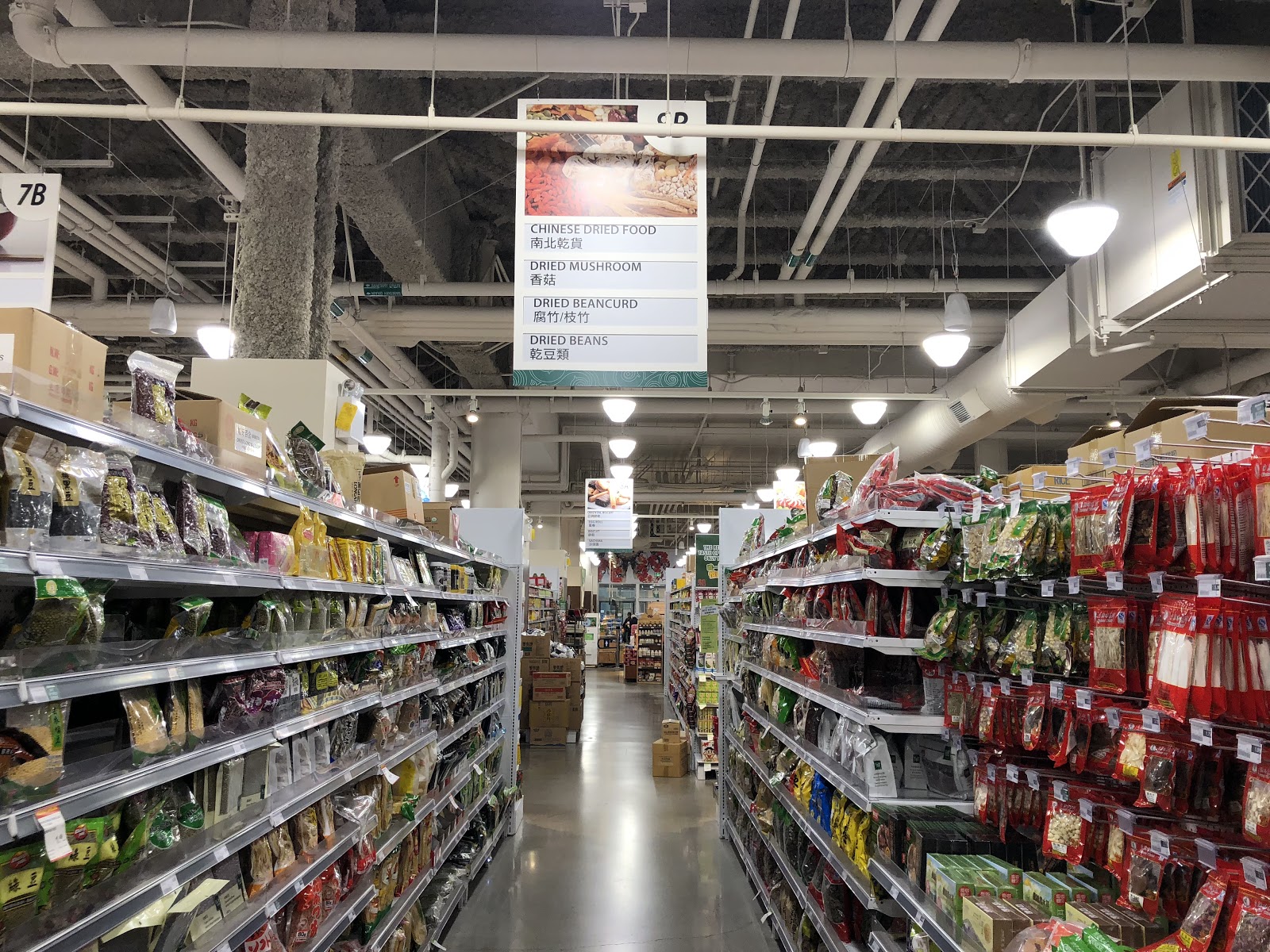 This past summer, I pestered my grandfather for his recipe or at least for a loose approximation of a recipe. But he refused time and time again. It wasn’t till I loosened his tongue with dinner from his favourite restaurant that he began to speak. I hurriedly recorded him and this recipe is the result of very vague instructions and things I’ve deduced from years of eating his food. The end result is, to me, still a step away from his — but for those that never tasted the glory of his congee, this is a good recipe for a traditional and authentic Cantonese chicken congee (much more traditional than anything you will online, trust me I’ve searched).

Cooking the congee was a sensuous experience from the start, from feeling the different textures of the ingredients, to the rising aromas as you simmer it, to the first satisfying taste. The texture of the rice was perfect, studded throughout with tender pieces of chicken, strands of scallops and the chewiness of the mushrooms. Soaking the rice and slow-cooking it — I let my pot simmer for around two hours — yields a thick, melt-in-your-mouth textures. The combination of dried scallops and shrimp lends a depth of flavour to the congee that elevates it beyond just a simple chicken stock and trust me, it doesn’t taste fishy at all! The end result is a comforting and hearty soup that’s perfect for a rainy autumn day or for recovering from a post-midterm cold. 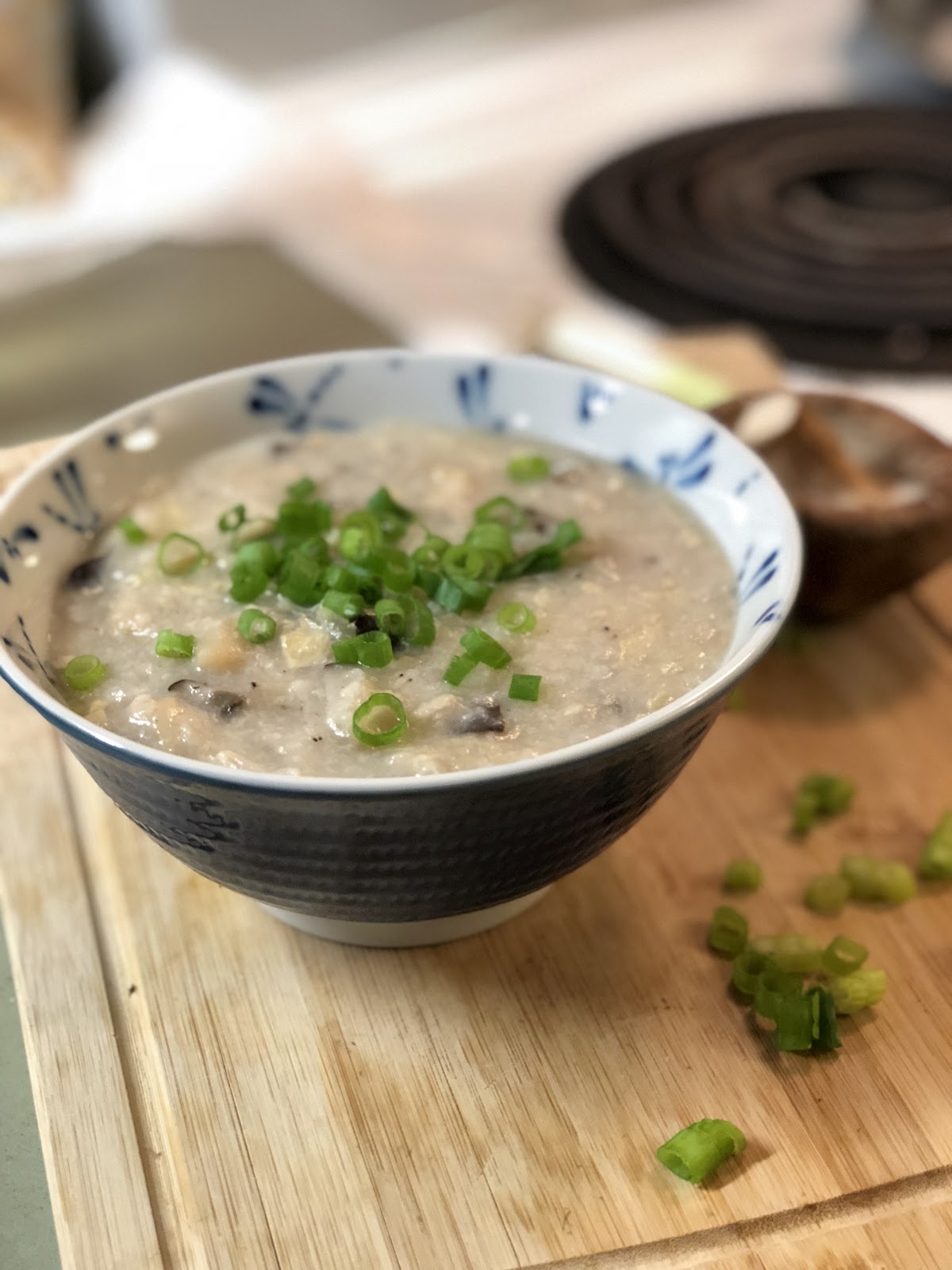 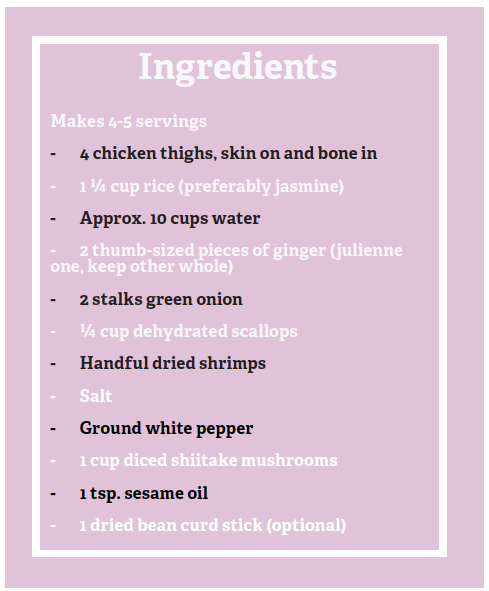 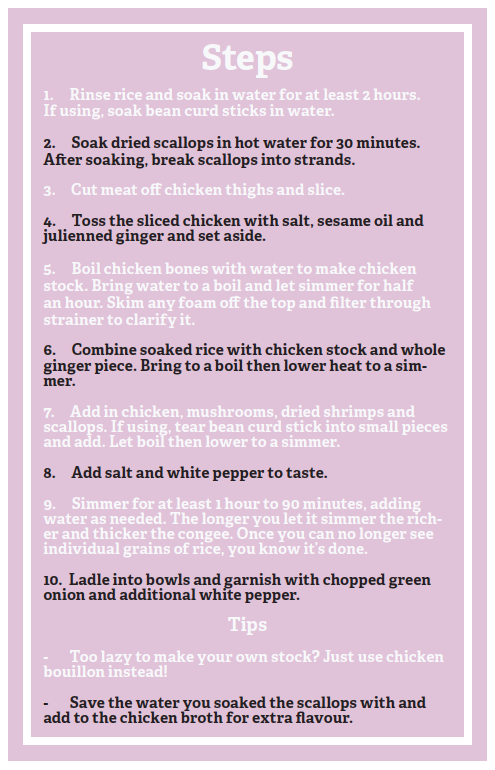