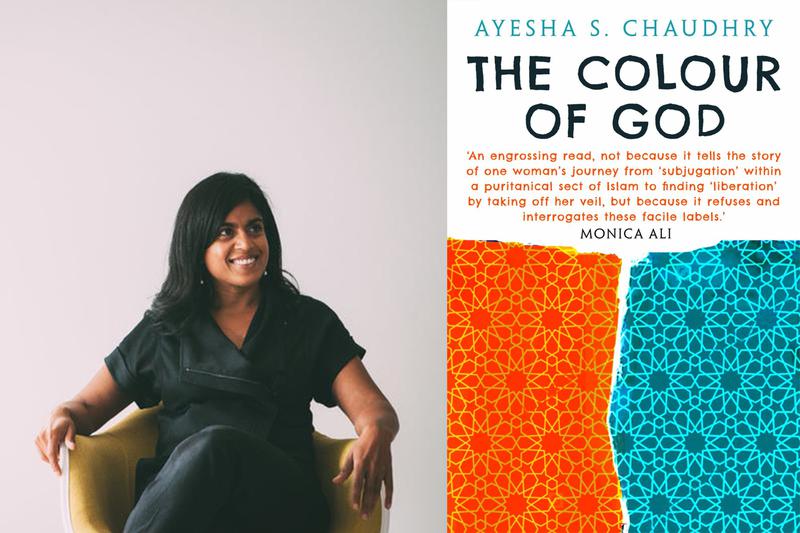 The IGNITE Book Club, hosted by UBC’s Equity and Inclusion Office, held a free virtual event on June 30. The event featured a conversation between Dr. David Chariandy, award-winning author of Brother, and Dr. Ayesha S. Chaudhry about her new book, The Colour of God. As the last IGNITE Book Club event of this school year, it was undeniably special.

The event began with Chariandy and Chaudhry congratulating each other on their fantastic characters, incredible academic accomplishments and exceptional careers.

Speaking about one of the inspirations for her book, Chaudhry mentioned questioning God’s ethnicity, or colour. These questions sparked a period of time where she struggled with her faith. She also cited struggles with racism as her family decided to forgo assimilating into Western society, sharing that doing so results in complicity in the long run.

When asked if she drew on her experience as an academic while writing her book, Chaudhry replied positively. She sees her book as a body of theory even though her publishers categorize it as more of a memoir. Chaudhry’s main issue with her book being labeled as a memoir is the way memoirs are perceived. She believes that she isn’t just telling stories from her life – she’s constructing an argument.

Her argument is that accepting our messy emotions, notably grief, is an act of rebellion against the desire for puritanism. She understands puritanism to be any kind of worship of purity, such as religion, or a desire for perfection, such as in school or work. She explained that while humans fear the messy parts of ourselves, it’s actually through understanding – and accepting – our imperfections that we are able to be our most authentic selves.

A key point Chaudhry mentioned was the myth of independence: all the ways we divide ourselves, like race, gender and class don’t matter. Citing the recent wildfire smoke from American fires crossing the border into Canada, Chaudhry used nature to demonstrate how map lines are simply man-made divisions, further proving independence’s status as myth.

Chaudhry recognizes that in the past, stories written by people of colour have been used to further marginalize them, and as a person of colour herself, she felt that she had to be very careful about how she wrote her book.

At one point in the event, Chariandy pointed out a powerful line in Chaudhry’s book – “Beware of the one who seeks to save you on the assumption of his own exceptionalism” – and asked her to elaborate on what this line meant. Chaudhry shed some light on the topic by explaining that our upbringings prepare us to search for saviours. We spend our whole lives looking for someone to save us, Chaudhry said, but as we get to know more people, we slowly realize that there is no perfect saviour out there; we’re all equally imperfect human beings looking for saviours for ourselves.

When asked about her writing process, Chaudhry praised the feedback from her friends, family, colleagues and publishers. She said that she feels very fortunate to have been surrounded by so many insightful people.