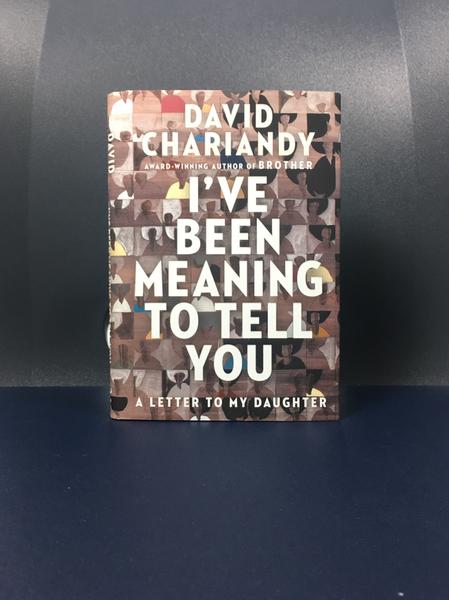 The event closed with a reading from his book. Thomas O'Donnell

In a way, the inaugural session of the IGNITE Book Club seemed to be an invocation about joy specifically with reference to race.

The first part of an initiative designed by the Equity and Inclusion Office for racialized faculty at UBC, the event “In Conversation with David Chariandy” took place on October 3 at the Sage Bistro on campus.

While the location was a bit out of the way and the event itself wasn’t widely advertised, this might have been so as to make a place specifically for racialized faculty. In fact, the tickets for this event sold out and there was even a waiting list.

In his introduction, faculty of arts Dean Dr. Gage Averill shared his experience being in an interracial marriage and raising a mixed-race daughter, comparing his experiences to those of the author whose book was being featured: David Chariandy.

Chariandy is a bestselling fiction author and a creative writing professor at SFU. His 2018 book, I’ve Been Meaning to Tell You, takes the form of a letter addressed to his daughter and uses lyrical honesty to unhesitatingly explore one man’s experience of being Black in Canada.

Chariandy was an affable and engaging speaker.

Canada seems to present itself as a post-racial haven, or at least better than the US, but Chariandy and his children's experiences tell a very different story. He described it as “circumstances where joy seems very slight”. He detailed how he initially felt no happiness at his daughter's birth because he was filled with fear and apprehension on the knowledge that he “could not protect” her.

He discussed some of his book’s most poignant moments, namely a racist encounter he had with a woman at a Downtown Vancouver restaurant when his daughter — then 16-months-old — was with him, which led him not to call the woman out. He followed this with an account of his daughter dancing at a close friend’s wedding, which he says was filled with “queer Black joy” and was a “moment of joy against the violence of history.”

On a lighter note, Chariandy mentioned one of his other children being jealous of their sister being centred in I’ve Been Meaning to Tell You and he joked that he might need to write a second book to deal with that.

The discussion was moderated by Dr. Minelle Mahtani, senior advisor to the provost on racialized faculty, whose insightful questions enriched and enlivened the whole evening.

The audience was mostly comprised of racialized faculty and gender, race, sexuality and social justice students, who were all frantically taking notes. The discussion also touched on a lot of important local questions, such as advice on how to deal with racism or having a racialized identity in places like Vancouver and UBC.

Chariandy spoke at length about the perspective of generational experiences of racism as a feature of inherited trauma and that the only way to deal with it was “by speaking about things.”

He spoke about how his immigrant parents had never really shared their stories with him and how his whole book was a response to how the “next generation wanted to know the story of what happened.”

He stressed the significance of sharing even about times when mistakes were made, “maybe to admit that [they] didn’t do the right thing” every time. That being said, Chariandy repeatedly said how impressed he was with the new generations, especially with how his daughter was “grappling with her complicated heritages,” how ahead of him she was in having a critical intersectional lens going through life and how she is acknowledging her position as a settler.

Chariandy also spoke about how his daughter found others like her and ways to deal with her realities with online communities. But he still stressed the importance of community as “feeling [those bodies] beside you” — a sense of people saying to one another “I get you, I feel you.”

The event closed with a reading from his book. As the room buzzed with excited conversation, it seemed that the IGNITE Book Club was on its way to facilitating that very sense of community for racialized faculty at UBC that it sought to.