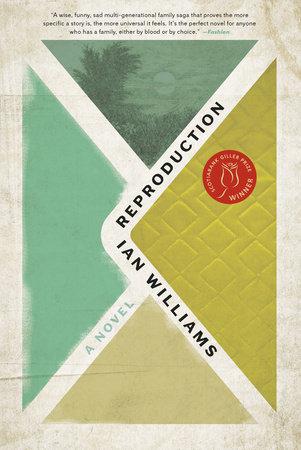 The road to the Scotiabank Giller Prize for Associate Professor Ian Williams started in Grade 7.

“The first serious poem that I ever wrote was called ‘A Crystal Tear,’” he said. “It was all about one tear rolling down a woman’s cheek and falling to the ground. Super melodramatic.”

Williams has since gone on to write two poetry books and a collection of short stories as well as winning the 2019 Scotiabank Giller Prize for his novel Reproduction.

The Giller Prize was created in 1994 after the death of journalist Doris Giller to recognize fiction works, long-form and short stories of Canadian authors. Scotiabank first collaborated with the Giller Prize in 2005 and increased the reward from $25,000 to $50,000. This year, the winner received $100,000 and the finalists received $10,000 each.

Past winners include Alice Munro and Margaret Atwood.

To be considered for this award, publishers will send their books to the Giller Prize Foundation. After going through the submissions, judges create a long-list, consisting of about 12 books. The long-list gets cut in half to create a shortlist and judges will pick finalists from this shortlist.

Following the win, “Indigo ordered like 17,000 books the next day. Random [House] has printed tens of thousands of books to keep up with the demand,” said Williams.

Williams teaches poetry at UBC, but won this award for his debut fiction novel Reproduction.

Upon learning of his nomination, he tweeted, “It’s like having eleven brothers and sisters, who are bigger and cooler, and knowing that only five will get the meat in the soup.”

The associate professor further explained, “Not every good book gets attention for whatever reason, it’s not a measure of quality, I can’t help but feel for all of those other writers who didn’t quite get the same play.”

Other UBC creative writing alumni are also featured on the prize’s long-list and shortlist.

“It’s definitely been a positive for the creative writing program,” said Ohlin.

“Not only did [Williams] win, but one of the other shortlisted finalists, Megan Gail Coles, is a graduate of the [master’s of fine arts] program. And then on the long-list, we also had another alum, Michael Christie, for his novel.”

“It’s a pretty amazing, amazing department when you think about the concentration of talent in this program,” said Williams, beaming when talking about his colleagues.