A burning case for a radical future: Naomi Klein says UBC needs to get with the program 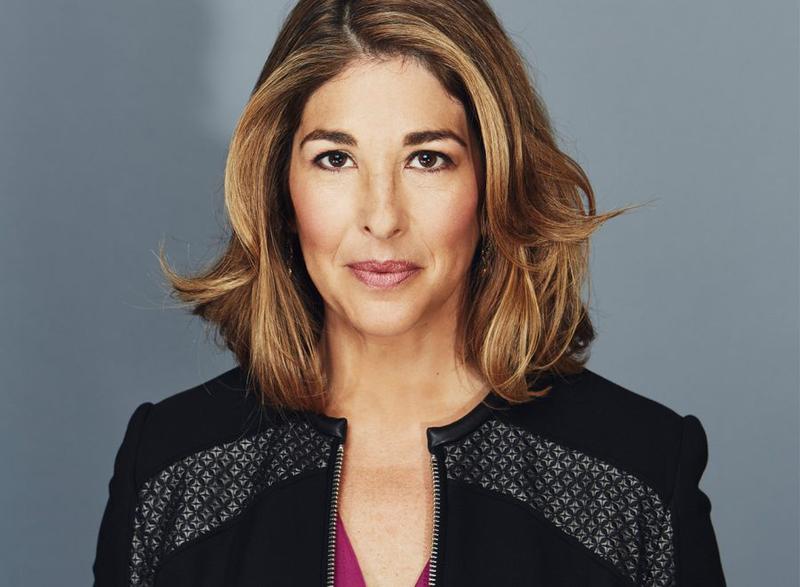 Naomi Klein wrapped up the final leg of her book tour on October 26, presenting at UBC’s Chan Centre for a sold out venue as part of the Vancouver Writers Festival.

Klein opened the event with a discussion on her new book and was joined by Kanahus Manuel, an Indigenous land defender from the Secwepemc territories as well as event moderator, UBC School of Journalism Professor Kathryn Gretsinger.

Klein’s seventh book, On Fire: The (Burning) Case for a Green New Deal, focuses on the interconnectedness of what she refers to as simultaneous planetary and political “fires.” These fires are both literal in reference to rising temperatures and climate crisis, as well as in a metaphorical sense; With references to global political crises and the rise of fascism under figures like Trump, Bolsonaro in Brazil, Modi in India and Kashmir, and Duterte in the Philippines, to name a few she touched on.

“A clear formula is emerging between many of these fascist figures who are trading tactics,” she said.

In her opening address Klein emphasized themes from her book, particularly that climate destruction systematically intensifies pre-existing societal inequalities and vulnerabilities. She cited the historic 2017 wildfires in BC as an example, sharing that while smoke hung over the entire Lower Mainland for weeks on end, it was Indigenous communities whose wellbeing was disproportionately affected, along with undocumented migrant workers working in BC’s interior.

Klein brought hope to the on-stage conversation by addressing that while political and planetary fires are raging, metaphorical ‘personal’ fires are also on the rise, and continue to spark global social movements, from Haiti to Chile to Lebanon and beyond.

From racism to colonialism, imperialism, neoliberalism, extractivism, eco-fascism, climate destruction, poverty and despair, in Klein’s words, these struggles can be tackled all at the same time rather than as single-voter issues.

“The fight for Indigenous rights and title is absolutely inseparable from the fight for a habitable planet. They are one and the same,” Klein stated emphatically in the two hour event.

Klein’s book is dedicated to the late Secwepemc leader and activist Arthur Manuel. His daughter, Kanahus Manuel — founder of the Tiny House Warriors movement in BC — joined her on stage for the event. Manuel reiterated the interconnectedness of Indigenous land rights as central to movements for climate justice, particularly as the Canadian government has repeatedly stated it’s intent to go on with Trans Mountain Pipeline construction despite a lack of Indigenous peoples’ consent.

Bearing a broken wrist and a defiantly raised fist, in a voice that was calm and contained, Manuel recounted a chilling incident of police violence from the week before.

“As I stand here today, I have this cast as proof of what Canada does to Indigenous people when they stand up for Indigenous land rights. There are mothers and children on the front lines.

"I don't want anyone here to ever have to feel how this feels — for the RCMP to come and break your wrist at your home and take you away for three days without medical attention.”

Manuel was referring to her arrest the week before, when she and other Secwepemc land defenders had been resisting as federal pipeline developers encroached onto unceded Secwepemc territories.

“We expected them to deal with the matter in a diplomatic way; this is supposed to be a first world country,” said Manuel.

As Manuel handed the microphone back to Klein, she received a standing ovation from the packed Chan Centre audience, members of the audience joining her in standing with fists raised in unison with her own stance.

Throughout the event and book signings afterwards, audience members could be seen waving flags and signs in support of not only the Tiny House Warriors movement, but Chilean and other regional flags — bringing awareness to the global protests and political unrest that have been taking place.

In the final portion of the event, Klein was joined by Gretsinger who prompted Klein on her ideas for the future. Klein cited politicians in the US like Bernie Sanders, Alexandria Ocasio Cortez, Ilhan Omar and Rashida Tlaib, for setting examples on intersectional holistic approaches to crisis.

“What we’ve seen in the US with [these politicians] is that you can have just a handful of people in leadership, so long as they are willing to stand with movements to make a big difference.”

On reflecting on the future for Canadian politics, she shared that BC especially is at a critical point, as the province is poised to potentially become the first to adapt the United Nations Declaration for the Rights of Indigenous People into law.

“The Green New Deal is extremely broad — it’s a framework that needs to be coloured in and made specific. We need to make this as radical as possible,” said Klein on what the Green New Deal could look like in Canada.

Addressing the UBC students in the packed audience, she shared that she had just flown in from California, where at UC Berkeley, she had joined students in rejoicing over the university's recent decision to divest $80 billion in fossil fuels.

“Get arrested, take some risks.” she said in closing, amidst thundering cheers.

“I’ve said it before and I'll say it again. UBC needs to get with the program. This is not business as usual.”