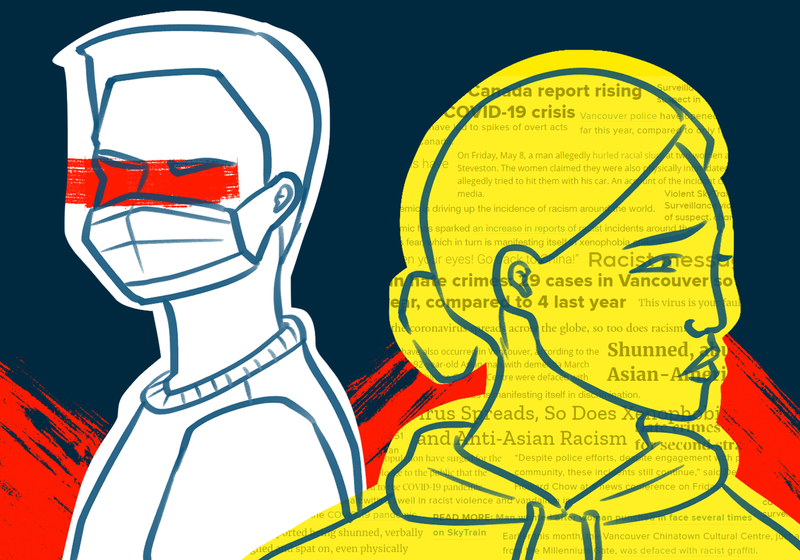 This pandemic has only revealed what BIPOC Canadians have always known – there is racism in Canada. File Irene Zhang

On June 10 and 11, UBC hosted a two-day National Forum on Anti-Asian Racism. The first day had a full agenda with different sessions. I had the opportunity to attend the first panel of the day titled: Why are we here? Surfacing the Impacts of Anti-Asian Racism.

Moderated by Global BC News Anchor Sophie Lui, the event featured panellists including past President of the Chinese Canadian National Council for Social Justice Amy Go, Co-founder and Community Organizer of Project 1907 Ellen K, staff psychiatrist at the Toronto Western Hospital and Associate Professor at the University of Toronto Kenneth Fung and incoming M.A in English literature student and Co-Lead for the Student Advisory Committee for the Forum Olivia Lim.

The ‘Resurfacing’ of Anti-Asian Violence

The session opened with Lui’s reflection on the Covid-19 pandemic’s role in “revealing the inequities that have always been there ... [and] revealing racism that has always been there but is now rising and rampant and increasingly violent.”

Go echoed Lui’s reflections on Canada’s ‘diet’ racism, where we as a country have forged our national identities to be one of politeness in juxtaposition to our neighbours down south. To Go and others, this pandemic has only revealed what BIPOC Canadians have always known – there is racism in Canada.

The panellists and moderators noted that after witnessing anti-Asian racism across domains, it becomes clear that racism is ingrained in the infrastructure of Canada and its institutions.

Fung shared some of the mental and physical tolls that hate and discrimination can have. Moreover, he emphasized that the impacts of racism are not just internal but rather systemic. Negative health impacts can be caused by social determinants of health, wherein racism trickles into housing, education and policy, rendering their connection to race “invisible” if not looked at critically.

Lim echoed the frustration of other panellists with the myth of the “model minority”: a harmful idea that targets Asians — particularly East Asians – and undermines the very real discrimination they face. For Lim, “being Asian in educational spaces so often means having to fight to see ourselves, our communities and stories represented in meaningful ways that allow for the complexity of our personhood.”

Having worked across communities, Go wants our collective awakening to all forms of discrimination to be sustainable and intersectional. A better future can be attained through working together and supporting one another, but that requires careful consideration.

Per Go,“[w]e do not see intersectionality or its true impact on those that are most [affected.] We talk about recovery, we talk about Chinatown. We talk about businesses. But do we think about those migrant workers or those workers who have no status actually working in Chinatown and those small businesses?”

Though the Forum and its sessions could have benefitted from cutting back on the number of speakers, there were many valuable takeaways regardless. A major takeaway, as shared by the panellists, was the importance of being compassionate with oneself and one another in this journey.

Frankly, it is difficult to not be overwhelmed with cynicism and fear when faced with hateful actions and history, but there is potential for community. This is not to overshadow the threat of anti-Asian racism, I worry for my friends and their families in these times, I worry for their especially vulnerable loved ones. However, these are fears that cannot be quelled by forums and panellists, only by systemic change.